In the esoteric world of Returnal, the mysterious Astronaut stalks your every move.

But while the motives of the full-size Astronaut are as opaque as the visor of his helmet, Selene can collect a tiny version to aid her mission of breaking the cycle of Atropos.

Either after completing one of the brilliant house sections, or from a Fabricator shop, you can pick up an Astronaut Figurine, with the ominous promise that ‘it won’t let you go’.

There are a couple of items that work similarly to this in Returnal, so here’s what they do.

In short, the Astronaut Figurine in Returnal works like an extra life.

When Selene’s health drops to zero, the screen will fade to black, but she’ll be returned to the same spot with full health and all the same weapons and powers. 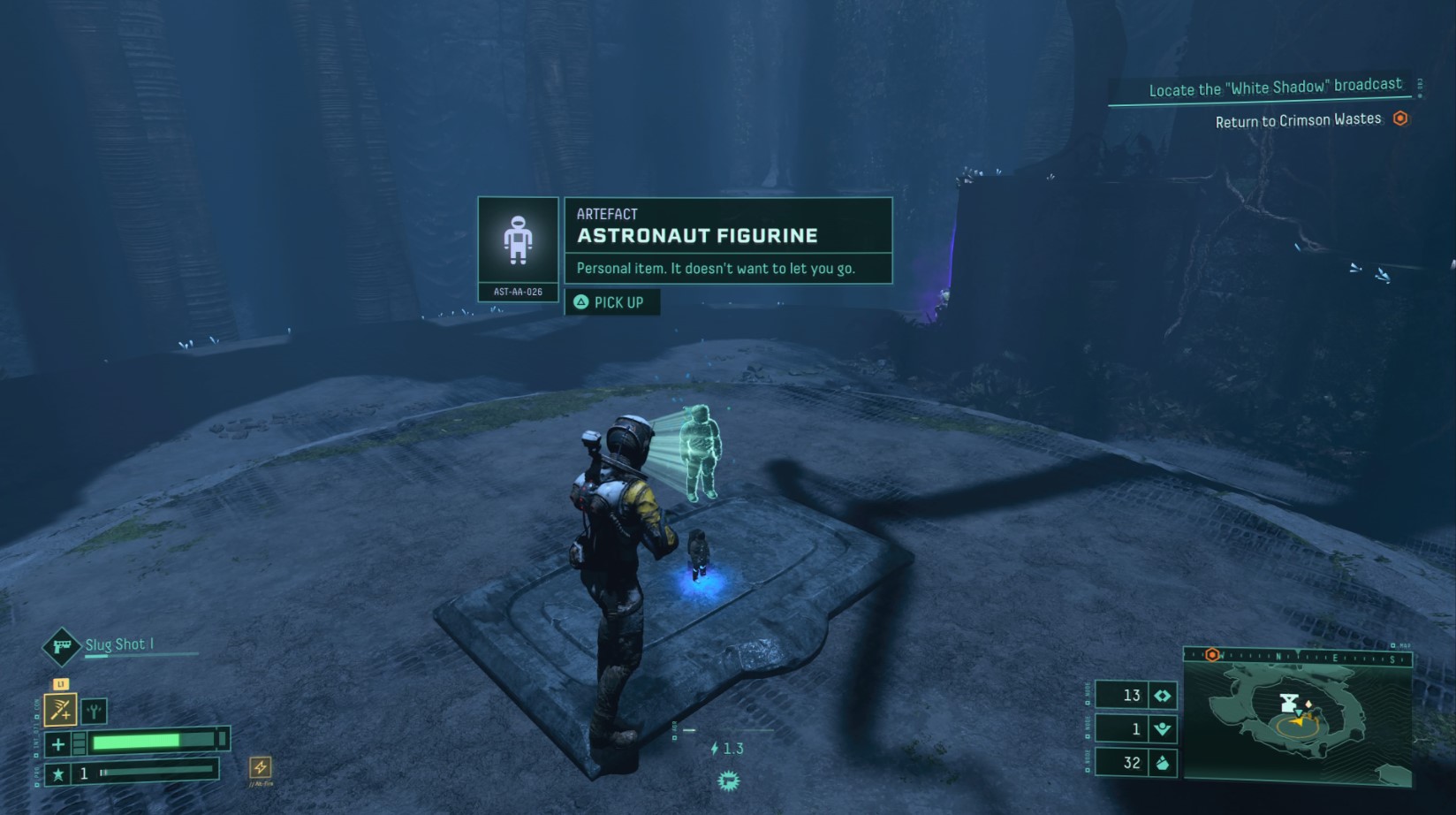 This is a fantastically useful item, not just in preserving your run, but also for brute forcing your way through bosses where you’d otherwise fall short.

As a matter of course, you should try and snag an Astronaut Figurine whenever they’re available.

They appear in the Fabricator shops for 300 Obolites, a very fair price.

What does the Child’s Watch do in Returnal?

Just like the Astronaut Figurine, the Child’s Watch also ‘won’t let you go’.

But where the Figurine fully replenishes your suit integrity, the Child’s Watch seems to only return a smaller amount of health.

This means you can think of the Child’s Watch as a weaker version of the Astronaut Figurine. 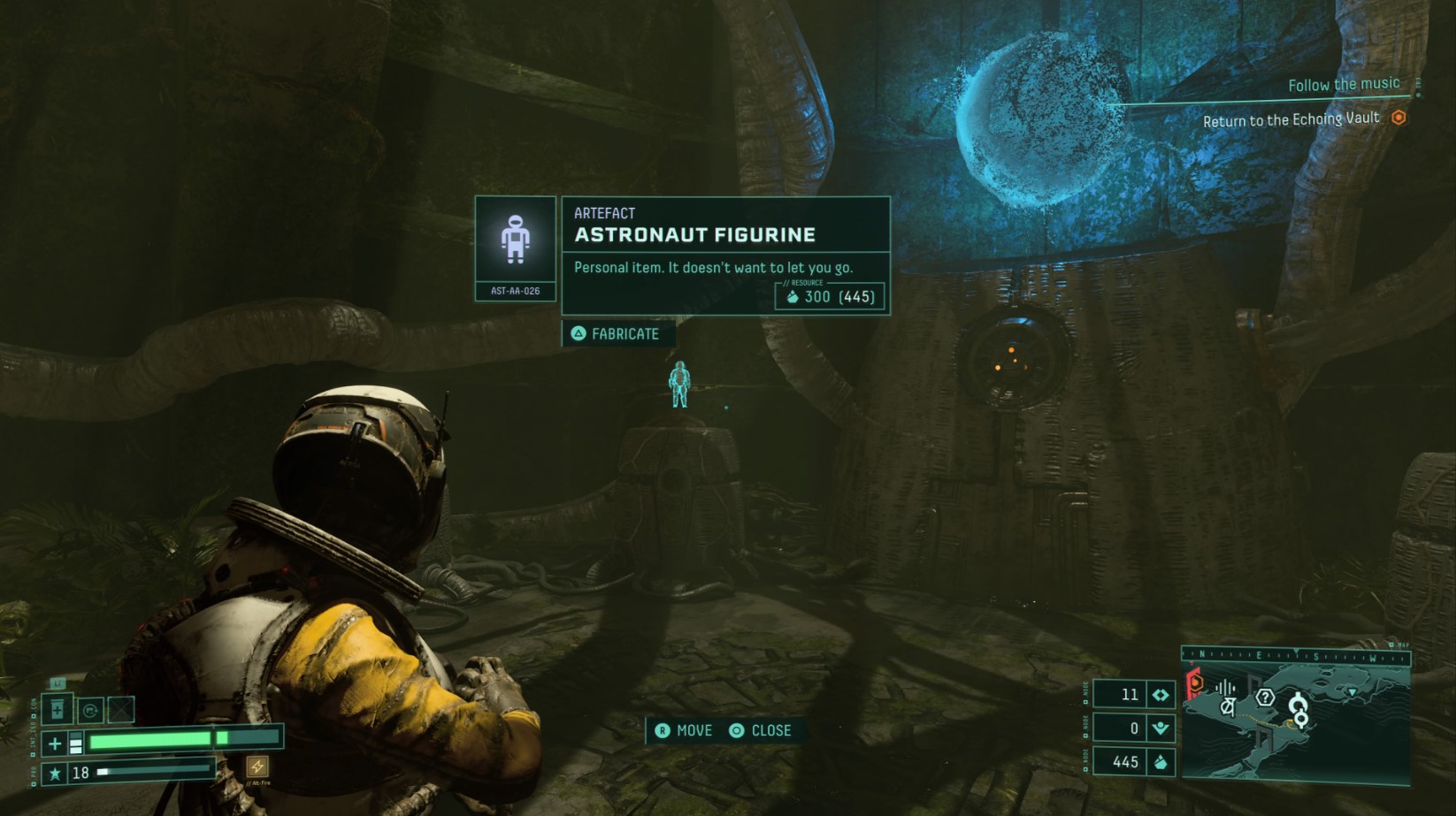 The lower power level of the Child’s Watch is reflected in its price at Fabricator shops, which is often 175 Obolites.

It also seems to pop up for free more often in side paths throughout the world.

Also, the two items stack with each other, so you can carry both at the same time, giving you two retries in the same run.

For more on this new PS5 exclusive, here are our top Returnal Tips for mastering your cycle.

While you can find our Returnal Review, here.