Nintendo provided plenty of information on Pokemon Sword and Shield today, along with a confirmed release date of November 15.

Pokemon Sword and Shield includes a new feature called Dynamax. This allows Pokemon to turn into a giant form.

Certain locations will make the Pokemon become giants due to a phenomenon called Dynamaxing.

The Dynamax feature turns them massive in size, and the moves they know turn into more powerful ones. Dynamax can be used once in battle and the Pokemon will return to normal after three turns. Only Trainers who possess a Dynamax Band can Dynamax their Pokemon.

All the moves of a Dynamax Pokemon will turn into special Max Moves. Max Moves are powerful, and some can even trigger additional effects. For example, the Normal-type Max Move, Max Strike, has the additional effect of lowering the Speed stat of an opponent it hits. The Max Moves the player’s Pokemon can use are determined by the kind and types of moves they knew before Dynamaxing.

Another new feature will allow allow you to participate in Max Raid Battles with other players in local wireless and through Switch Online. This multiplayer feature allows you and up to three others to fight one max-sized Pokemon out in the wild. If three other Trainers aren’t available, support Trainers will be added to your team.

Some Pokemon can only also be caught in Max Raid Battles and the type will depend upon the landscape and weather. Teamwork is essential here, as only one Trainer involved in the battle can Dynamax their Pokemon. If victorious in the Max Raid, you have a chance to catch the Pokemon.

The Wild Area in the Gala region will be the best place to find Pokemon. The weather and landscape will also play a part in which Pokemon will appear. You can control the camera, which allows you to explore the surrounding area to search for Pokemon and items.

There will be "lots of Pokemon" to discover in the Gala region. Previously revealed Grookey, Scorbunny, and Sobble will be your starter Pokemon, but here's four other Pokemon announced during today's Nintendo Direct:

Evolving Pokemon is an essential part of the games, and Eldegoss was used as an example. The Pokemon is the evolved form of Gossifleur.

Any Pokemon that Trainers find or catch in the game will have its information registered in the Pokedex. The Pokedex in these titles will be part of the player’s Rotom Phone.

The Rotom Phone is also home to Rotom, a Pokemon that can enter various electrical appliances. A player’s Rotom Phone can be attached to a bike to make it move faster on land or even travel over water once the bike is modified. 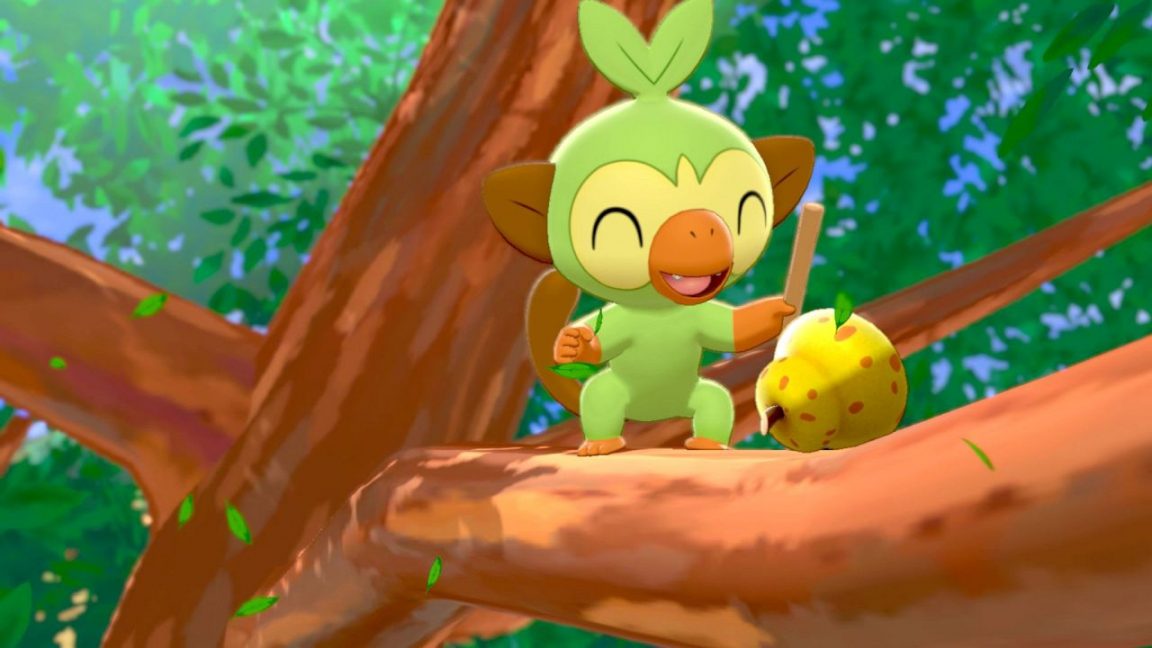 Gym Stadiums feature Pokemon battles for entertainment purposes. Your rivals are NPC characters, two of which are Leon and his brother Hop. You will also encounter gym leaders, one is named Milo and he's a Grass-type specialist.

Other characters are Professor Magnolia and Sonya, her granddaughter and assistant. They are researching Dynamax Pokemon.

Finally, the Legendary Pokemon of the Gala region, Zamazenta (Shield) and Zacian (Sword), were shown. Ninetndo didn't provide information on the role the Pokemon play in the story.

Be sure to bookmark our pre-release Pokemon Sword and Shield guide for all relevant information, including movesets, bios and more. We'll continue to update it as more information becomes available.