Hello PlayStation fans. Tune in with us to watch the PlayStation Experience 2016 main presentation live from sunny Anaheim, California.

As usual, covered the main showcase, which started at 10am PT/1pm ET/6pm UK. Along with the keynote, viewers at home were treated to plenty gameplay videos.

Announcements from the show

New holiday content featuring new gear and other spiffy goodies was announced for Destiny: Rise of Iron. We have more on that for you later.

Marvel vs. Capcom 4 was announced for a 2017 release, but it is known as Marvel vs Capcom Infinite.

Knack 2 was announced, a new Resident Evil 7 video was shown along with news on the new demo, Yakuza 6 footage was also on show and another look at The Last Guardian was presented with tons of screaming from the audience.

The big deal today? The Last of Us: Part 2 was announced as being in development. Naughty Dog and Sony saved that announcement for last. Nice finale, really. It was said the game is still in early development, but the studio wanted to show it to fans anyway. Damn it. WE WANT IT NOW.

A new video for Yakuza 6 was shown along with news on Yakuza Kiwami, the remake of the original PS2 classic coming to PS4. A look at PaRappa the Rapper, Patapon and Loco Roco PS4 remasters was shown, each are coming to PS4 in 0217.

WipEout Omega Collection, which features classic tracks remastered in 4K was revealed, along with news on a Nier: Automata demo. There was also a lovely, new Horizon Zero Dawn trailer was shown

We were given a new look at Ni No Kuni 2, it was announced Raven would be playable in Gravity Rush 2, and Lara Croft go was confirmed for PS4 and Vita. It is out today.

Arcade mode is coming to MLB: The Show 17, a new Nioh trailer was shown, Ace Combat 7 was announced, the new SuperGiant games multiplayer title Pyre made an appearance, and some more independent studio titles were shown again or announced.

And of course, we got a new look at What Remains of Edith Finch from Giant Sparrow which recently gained a publisher through Megan Ellison’s film production company, Annapurna.

And where the heck was news on Final Fantasy 7 Remake details or Kingdom Hearts 3? I'm a bit bummed over that, honestly.

We would have loved to have seen more on Rayman creator Michael Ancel's Wild, as it tickles our fancy a bit, but alas, that was not on show either.

While there wasn't much revealed today compared to previous years are which were full of announcements, it was decent all around.

Those attending PSX 2016 will be able try plenty of games thanks to the large number of publishers and developers attending the event. Many of the games shown on stage today will be playable at the event.

There will likely be more news out of the six developer panels planned, three of which will take place today, December 3. PSX 2016 also runs through Sunday, December 4 which is when the other three panels take place.

We've posted the schedule for you along with the stream embed in another post. 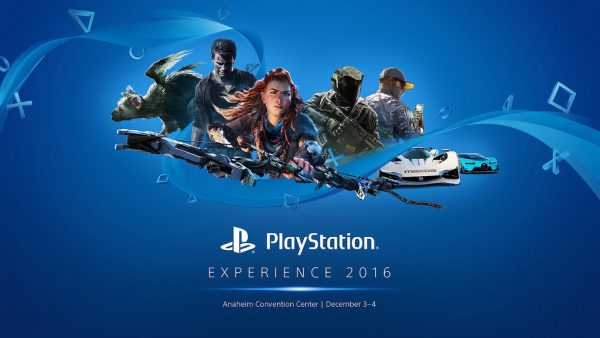 PSX is also playing host to the Capcom Cup 2015 this weekend. It takes place Sunday, December 6 and features 32 Street Fighter players going head-to-head to take home a portion of the $250,000 prize pool. The grand prize is a whopping $125,000. A look at the first gameplay for Marvel vs Capcom Infinite will be shown.

As usual, all news will be posted on the site.