The Black Friday deals have started their engines and thanks to this bundle you can nab yourself a great deal on Nintendo's console of the moment packaged with a game that's an instant hit at any social gathering.

Head over to Walmart or Best Buy and you can nab yourself a Nintendo Switch along with a copy of Mario Kart 8 Deluxe for $299.99. If you're willing to head to a brick and mortar store, Gamestop will do a similar bundle but throw in a $25 gift card too. 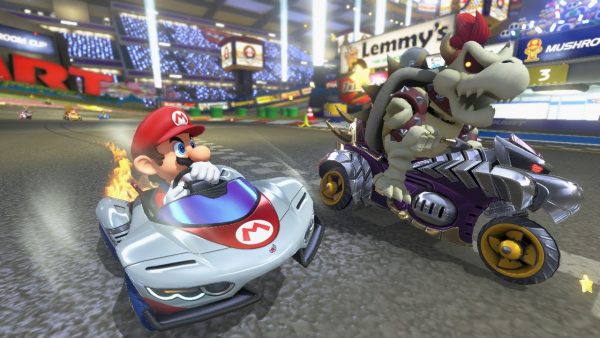 Before jumping in with a purchase, though, it's important to note that this is the older Nintendo Switch model and a digital copy of the game. The newer Switch has improved battery life, so if you're thinking about taking your console on-the-go a lot then that's something to consider. Or, you could instead plump for a Nintendo Switch Lite for $199.99.

It may be one of the Switch's oldest titles at this point, but Mario Kart 8 Deluxe remains a must-buy in any Nintendo Switch owner's arsenal, with every track from the Wii U version and its DLC, all your favourite characters including Mario, Bowser, Peach and King Boo to name but a few, and new characters the Inklings from Splatoon.

If you want some more games to go with your new console, then you can also find a lot of first-party releases on sale this Black Friday. May we recommend The Legend of Zelda: Breath of the Wild for $39.99, Super Mario Odyssey for $39.99 or Mario Tennis Aces for $39.99?