Ever since it rebooted Mortal Kombat all the way back in 2011, NetherRealm Studios has been known for its highly polished and cinematic approach to fighting game stories. Here’s how to get Mortal Kombat 11’s best ending - as well as a rundown of what happens in each.

Apart from their visual flair and incredible motion capture, NetherRealm games (especially on tougher modes) are known for another thing: controller-smashing, tear-streaking, soul-crushing difficulty. So while Mortal Kombat 11 might be a bit more spammable than previous installments, if you’re putting the effort in to learn the game enough to get to the end, you deserve the best ending, right?

There are two very subtle possibilities for how you can end the game (and one failure state). It goes without saying that there are spoilers for the end of MK11 below, but we’ll tell you how to trigger the difference scenes first, leave a gap if you don’t want to know what happens, then explain each one in a bit more detail.

To trigger the best ending in Mortal Kombat 11, you need to progress in the game until the final fight with Kronika in the Mesozoic jungle. You then need to win both rounds in the fight.

I repeat, both rounds. Losing even one round will cause a different scene to play after the battle triggering the….

….Alternative or Middling ending. If you drop a round against Kronika the arena will change and the end of the story will be different.

If you lose the match overall or drop both rounds, a fun game over screen plays. You get to retry, but it’s not just a fade-to-black continue.

If you want to be free of spoilers, go no further than the sassy picture of Baraka below! 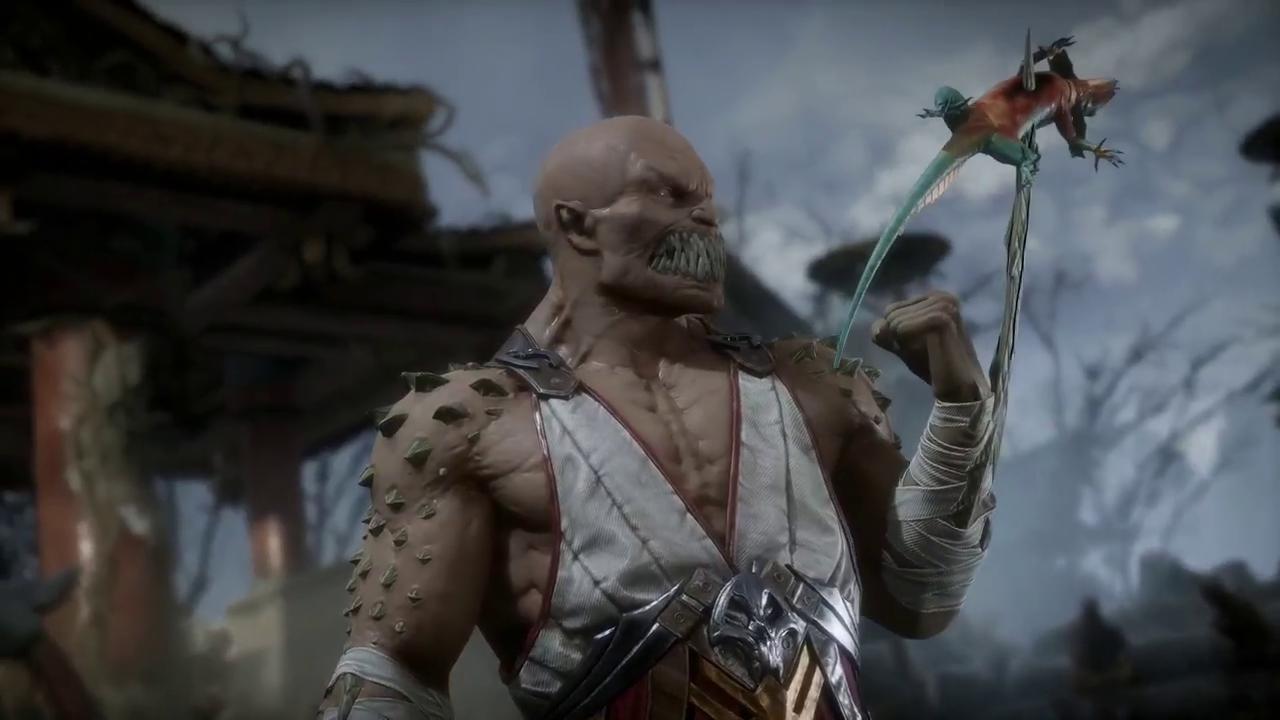 The failure state is the easiest to parse. Mortal Kombat gets its own back on you for all the fatalities you’ve performed throughout the story with a swift and brutal decapitation - klassic.

However, if you manage to defeat Kronika without losing a round, this stops her from turning back time to the big bang, and Liu Kang is able reunite with Kitana and share time with her.

If you lose and time is reversed too far, Earthrealm will still be saved, but Raiden will be Liu Kang’s mentor - but only for as long as his now mortal body stays alive.

A lot of the dialogue is shared between the two scenes, but the lasting ramifications for the characters are quite different.

Regardless, the power that Liu Kang now possesses to reshape time gives the series carte blanche on its next move. They could either pick up where they left off with similar characters, or completely restart the canon from scratch.

For more on Mortal Kombat 11, check out our rundown of the full roster.

Or, now that you're done with the story, why not test out all of the Fatalities in MK 11.

Struggling for Koins, Hearts, and Time Crystals? Here's how to farm them easily!