It wouldn't be Mortal Kombat without fatalities, and these finishing moves are more brutal and gross in Mortal Kombat 11 than in any game before it - there's also a whole lot of them, with each character having access to two unique fatality moves for humiliating your opponent.

As is tradition for the Mortal Kombat series, when you beat an opponent in battle and deplete their health bar you're offered the chance to 'Finish Them' - and this is where you can deploy a fatality as a finishing move, show mercy or even indifference. Fatalities are part of Mortal Kombat 11's random chance krypt progression, but as a way of being true to the arcades grinding out in-game currency and opening loot boxes isn't the only way to perform them.

In battle, once the 'Finish Him' prompt appears you'll have around 5 seconds to perform a fatality (or Mercy) before the match times out and your opponent passes out in a more tame manner. You can also knock an opponent down with a regular move in that time period instead of performing a finisher. Fatalities can be performed in one of two ways - with simple inputs, which cost an in-game currency, or with the traditional move inputs as established in arcades in the nineties.

As previously mentioned, each character in MK11 has two fatalities you can use. One of these fatality moves will be unlocked from the start, meaning instructions on how to perform it will be found within the move list. A second fatality is listed for each character but doesn't initially have its command revealed; you have to unlock the command for the second, alternative fatality through the MK11 Krypt mode. However, you don't actually need to unlock the second fatality to use it - if you know the input command to perform it, you can do so right away.

That's where this page comes in - this is a full Mortal Kombat 11 Fatality List, including fatality inputs for PS4, Xbox, Switch and PC. That means you can pull up this page and perform every fatality in the game from pretty much the first moment you boot it - handy. It also means not having to pull up the move list to double-check, which is never a good look.

Just before we get started, we're using arcade-style notation here: meaning that you'll see commands listed with the numbers 1-4 rather than console buttons. All fatalities are performed by pressing a number of directions followed by a button. This makes sense for ease of use - MK11 is available on PlayStation 4, Xbox One and Nintendo Switch - all of which have different button configurations. Then there's the PC, which will vary based on your controller of choice. For the avoidance of doubt, here's how these commands break down per console when using the game's default control scheme:

Obviously the directions are just directions - and commands like front and back reverse - front is always facing your opponent, and so on. 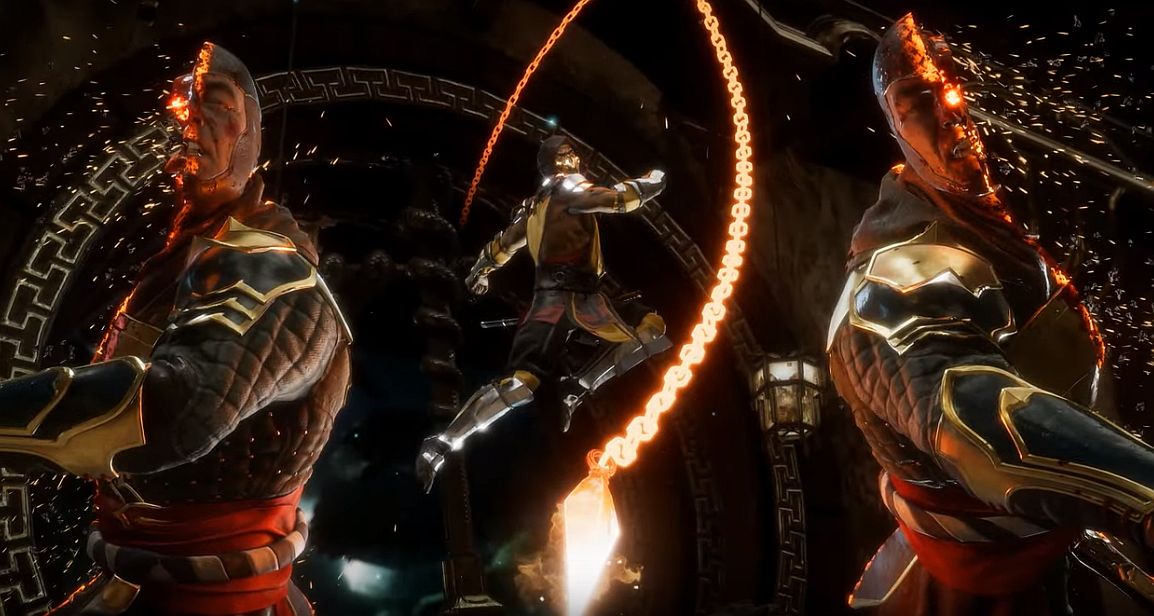 For your gory viewing pleasure, the below video from Youtuber Shirrako shows all of the fatalities available in Mortal Kombat 11:

Alternatively, if you're feeling kind - or want to flex for the ultimate humiliation - you can perform a special move at the end of a match which grants your opponent a small amount of health: a Mercy.

We have a full page on how to pull this off, but briefly while you're at medium range away from your enemy, press the left trigger (LT on Xbox, L on Switch, L2 on PS4) and then while still holding that trigger in press down 3 times - then release the trigger. All this is done during that 'finish him' period, just like a fatality.

If you're struggling to have enough of MK11's various currencies, be sure to check out our guide on farming Koins, Hearts, and Time Crystals.