With its menagerie of outlandish creatures, Monster Hunter World is now available on PC, combining deep, strategic combat and crafting with tons of open-ended exploration. However, uncovering all that the New World has to offer can be a daunting task - and some things are more difficult to find that others. To help out, here’re our best methods for finding Wingdrake Hide, Warm Pelt and Sinister Cloth in Monster Hunter World.

These are some of the most sought-after crafting materials in the game, but you don’t get them from fighting large monsters, or even from scavenging bone piles like Ancient Bones, Boulder Bones and Coral Bones. 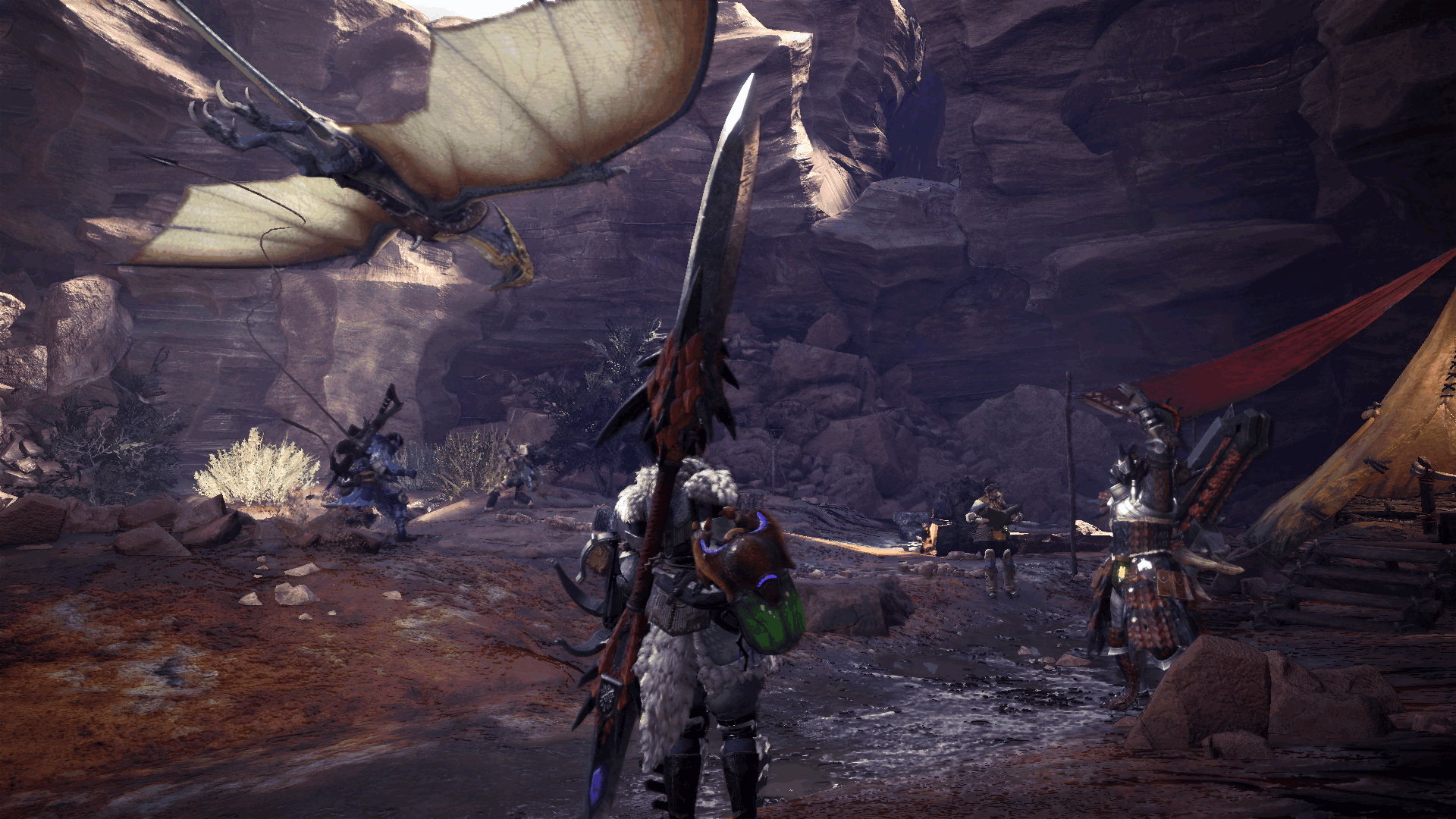 Where to find Wingdrake Hide in the Ancient Forest:

Wingdrake Hide is obtained by killing small flying monsters like Mernos in the Ancient Forest and Noios in the Wildspire Waste. Unlike poison sacs or electro sacs that you get from killing large monsters, you can collect Wingdrake Hide more quickly by taking down groups of these weaker foes.

The best place to farm Wingdrake Hide is from Mernos in the Ancient Forest, where packs of them usually spawn around areas 5 and 11 of the map.

The only problem is that it’s quite a rare drop from their corpses, so you’ll have to leave the area and come back the get them to respawn. The easiest way to do this is to fast travel to back to camp, then return to where you found the Mernos.

Where to find Warm Pelt in the Wildspire Waste:

You can find Warm Pelts by killing Kelbi in both the Wildspire Waste and Coral Highlands. They’re small, non-aggressive herbivores that wander around the maps in groups. You should be able to find some pretty easily, since there are quite a lot spread around each area.

If you travel to the Southwestern Camp in the Wildspire Waste, then walk east, you should find at least three while you’re still in area 1.

Warm Pelt isn’t the only drop you can get from Kelbi though, so you’re going to get a lot of raw meat before you get the pelt you want. However, it shouldn’t be as difficult as farming big monsters like Anjanath.

Where to find Sinister Cloth:

Sinister Cloth is much harder to find than most items in Monster Hunter World which, seeing as it’s a rarity 5 item, does make sense. The only known way to collect Sinister Cloth so far is to make use of Tailraider Safaris once you unlock them.

The best way to get Sinister Cloth consistently is to send your Palico Tailraiders on the hardest missions available - Red Card missions with at least three stars are preferable.

It’s a good idea to stock up on as much Sinister Cloth as you can, because it’s used to make a lot of high rank armor in Monster Hunter World.

If you’re having trouble collecting some of the more difficult to find crafting materials, maybe try completing the Horizon Zero Dawn Monster Hunter crossover quest. It gives you a pretty cool Watcher weapon and armor set for your Palico.

Or if you’d prefer something for yourself, try the Japan-exclusive USJ Azure Star longsword. We’ve found a way to get it even if you’re outside of Japan.