Four-legged friends are fun, and in Kingdom Come Deliverance, they’re useful as well. Not only do they help you to travel a heck of a lot faster, but they carry your stuff too - making a trusty steed your most valuable asset in 15th Century Bohemia.

While we’ll go over some ways to get yourself an equine chum for free, stronger and faster horses are available to buy around the kingdom. If you find yourself in need of a few more Groschen, check out our guide to making money in Kingdom Come Deliverance. 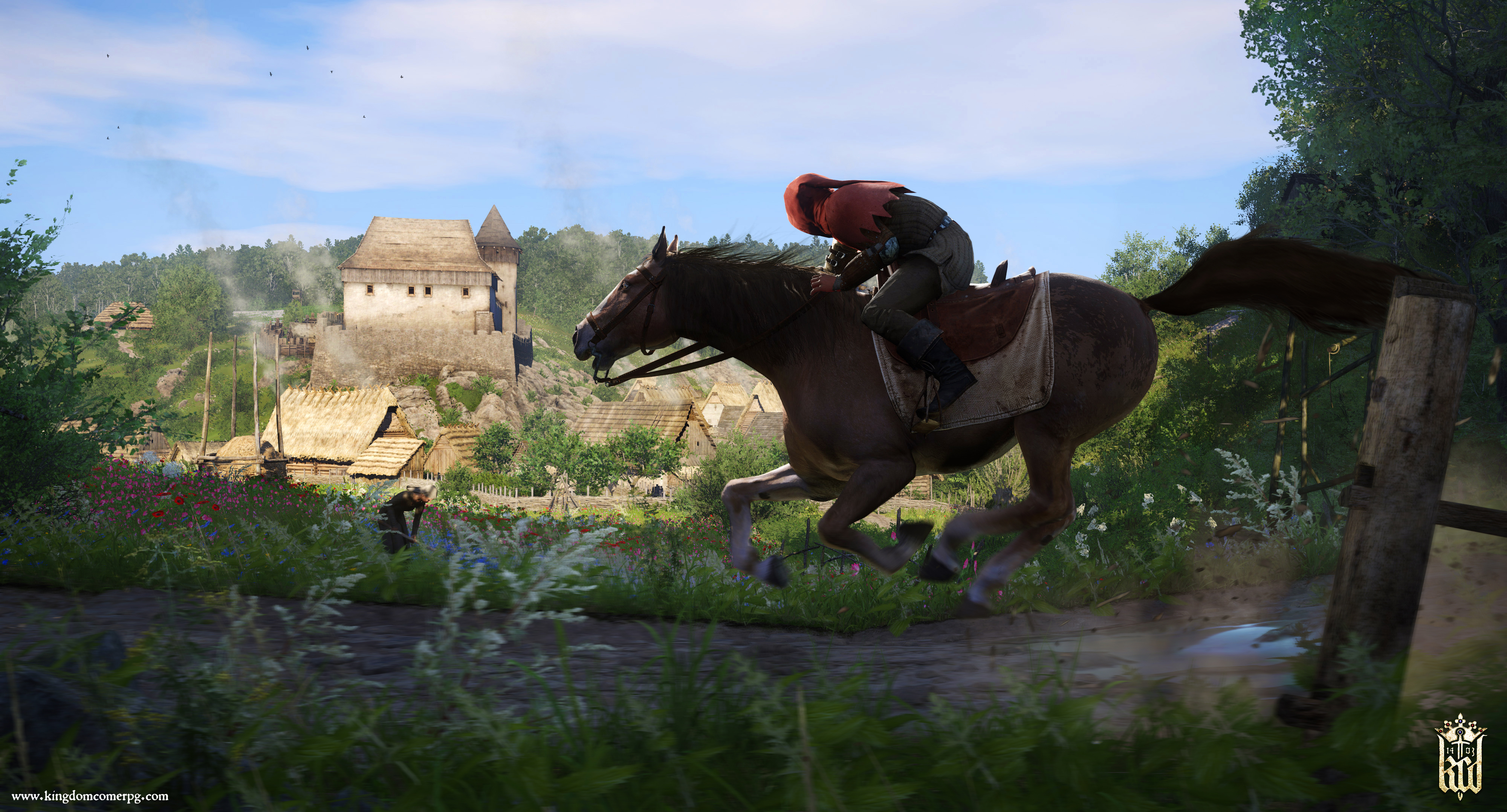 How to get a horse in Kingdom Come Deliverance -

As part of the main story quest, you have to leave Talmberg castle by any means you can.

One way to do this is by stealing a uniform from the watchtower on the castle’s battlements, which means the guards won’t recognise Henry and let him out of the gates.

We have a full guide on how to get out of Talmberg and get the Talmberg armour if you’re stuck.

If you successfully steal the uniform, you can walk to the stable next to the main gate before you leave and mount a horse. Then you can ride out of the gate and off to Skalitz with everyone none the wiser.

Look specifically for the horse that says "mount" rather than "mount and steal", otherwise you'll be arrested.

As you follow the main story quest you’ll eventually come to Rattay, where you’ll serve with the town guard and go hunting with nobleman Hans Capon. The hunting quest is called “The Prey”, and once you’re finished with it, your actions will be rewarded by Sir Hanush and Sir Radzig with horse of your own.

This way you’re acquiring the horse through legitimate means, which works best if you’re trying to roleplay a noble character.

The fastest, strongest and most enduring beasts of burden in all of Bohemia are available to buy from horse traders around Bohemia. Horses are arranged into tiers, with Tier 5 being the best. Some Tier 4 horses have special traits which are worth mentioning though.

Jenda is the most balanced horse in the game, boasting high stats across the board, but is also the most expensive. The name of the horse is a tribute to the Warhorse Studios dog, also called Jenda, who sadly passed away in 2016.

Another well-balanced horse, the name Al-Buraq comes from a heavenly creature in traditional Islamic stories that carried prophets.

With the highest courage in Kingdom Come Deliverance, Kanthaka is a great horse to ride into battle. Kanthaka comes from Buddhist tradition, and was said to have been ridden by Buddha himself.

Sleipnir has a great balance of speed, capacity and courage. This horse is doubly awesome, because its name comes from an eight-legged horse ridden by Odin in Norse mythology.

A massive stamina stat makes Chollima stand out from other horses, and its name comes from a mythical winged horse depicted in Chinese and Korean classical stories.

If you got particularly sticky fingers, Bucephalus might be the horse for you, since it has the high carry capacity in the game. Its name comes from the horse ridden by King Alexander the Great.

A lot of people are familiar with the Greek mythological horse Pegasus. In Kingdom Come Deliverance, he's the fastest horse in the game, with a massive speed stat of 42.

More of an Easter egg than a really great horse, we had to mention Epona from the Legend of Zelda series. She's skittish, but has good stats elsewhere, and is a much cheaper option than the other horses.

Kingdom Come Deliverance isn’t a straightforward game by any means, and one of the trickiest mechanics is lockpicking. If you need help, take a look at our lockpicking tips.