For a series mostly about going to a posh magical boarding school, there sure is a lot of fighting. The finer mechanics of Harry Potter: Wizards Unite’s battle system are about as well explained as one of Professor Trelawney's divination lessons (not very), so we’ve put together a quick run-down of how to fight the dark arts and ferocious beasts of the Calamity.

This page is about how to use the battle interface in Wizards Unite’s Fortresses. If you’re trying to improve your spellcasting against Foundable Traces, use our masterful spellcasting guide.

How to fight in Harry Potter: Wizards Unite

Once you’ve entered a magical Fortress by tapping on it in the world map, choosing a chamber, and then a runestone, you’ll be presented with a room full of enemy icons.

To battle an enemy tap on their picture, but before you do, depending on your Profession and level you’ll have a row of skills running across the bottom of the screen. 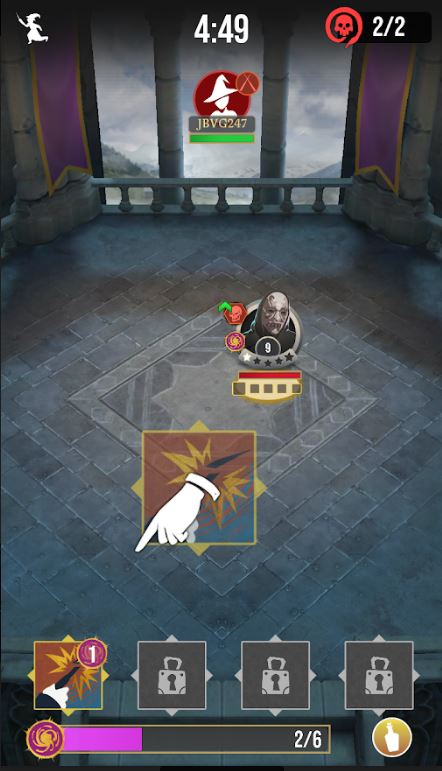 For example, low-level Aurors will be able to cast Weakening Hex. For more information on the different skills each profession can specialise in, visit our Auror, Professor, and Magizoologist Profession guide.

To use one of your Profession skills, tap and drag its picture from the bottom of the screen over to the enemy you want to cast it on.

If you’re playing with friends and are using a support spell, you can drag it over to their picture instead of an enemy.

Once you’ve cast your skills, you can then engage the weakened enemy.

Inside the battle encounter there are two phases to the fight: offence and defence.

When you’re on the offensive, a circle with a star inside of it will appear on the screen. To cast your offensive spell you need to drag your finger down from the top of the screen to make your own star circle appear. 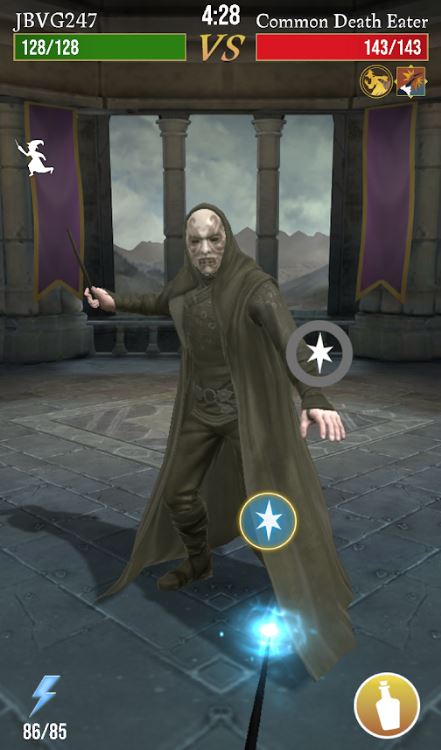 You then need to sync up the position of the two circles until the circle of light around its circumference is full. When it’s complete, you’ll be able to trace a gesture to fire off a spell.

More difficult enemies will more around and cause the circle to shift.

In the defensive phase of the fight you have to cast Protego by swiping diagonally up, down, left, or right across the screen. The effectiveness of your Protego can be increased by leveling up your Profession stats. 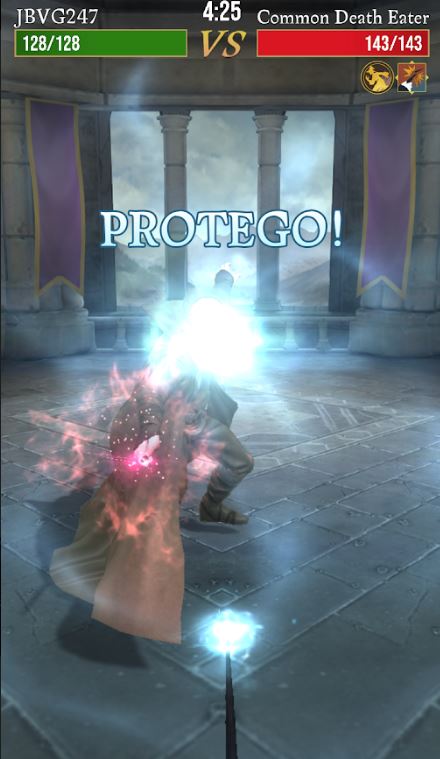 If you’re taking on multiple tough enemies at once, don’t be scared to make use of items like healing potions.

They don’t take up your offensive turn and are pretty overpowered, giving you a big boost that can change the tide of battle. 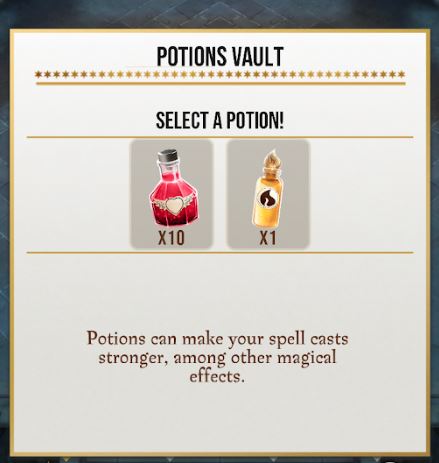 They’re accessed by tapping on the icon in the bottom right of the screen.