The mobile version of Fortnite is doing gangbusters, earning a staggering $1.5 million a mere three days after launch. The only problem? It's also acting as a distraction to kids in school.

A now-deleted Reddit post (preserved by IGN) written by a frustrated teacher outlines the problem. "First, I love your game," Mr. Hillman writes. "My friends from college and I play pretty much every night. One problem, since mobile came out my students won’t stop playing in class. Idk if it's possible, but I told them I'd write you and they didn't believe me. Could you add this to the loading screen for a couple days to mess with them? 'Mr. Hillman says stop playing in class.'"

Mr. Hillman asked, and Epic Games delivered. Community manager K.L. Smith recently shared a new Fortnite loading screen on Twitter, which means some of his students will get quite the shock when they log in. 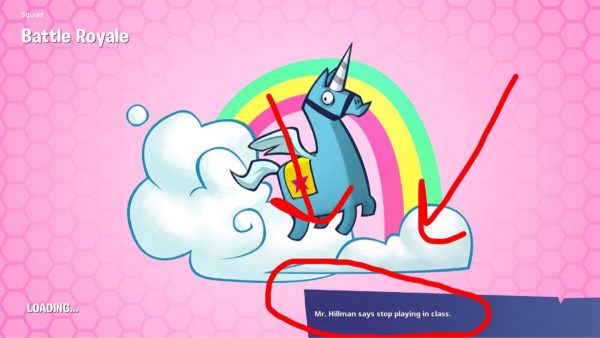 "My favorite thing about working at Epic Games," Smith adds in the tweet.

In other words, it's not just Mr. Hillman and his students who are excited about this game.