If you follow video game streamers on YouTube, you've probably noticed Fortnite has a massive presence in the YouTube community. But that attention can't be hand-waved away with Drake and Kimdotcom playing Battle Royale together - Fortnite is breaking all kinds of Youtube records previously held by Minecraft.

"Fortnite holds the record for the most videos related to a video game uploaded in a single month EVER," YouTuber Ryan Wyatt wrote on Twitter last week. "The Battle Royale tournament had over 42M live views, and set a record for biggest single live gaming stream @ 1.1M concurrent." 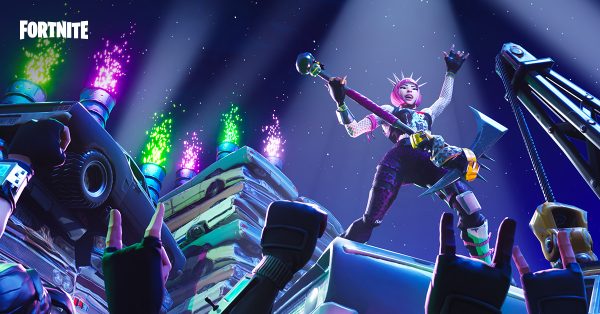 A more detailed analysis was recently published by the marketing platform Matchmade. You can read the full report here, but in short: Minecraft's YouTube viewership has taken a major hit since August 2017, and Fortnite has rushed to fill in the gap. As of February 2018, Fortnite actually passed Minecraft's viewership figures, and now continues to climb. 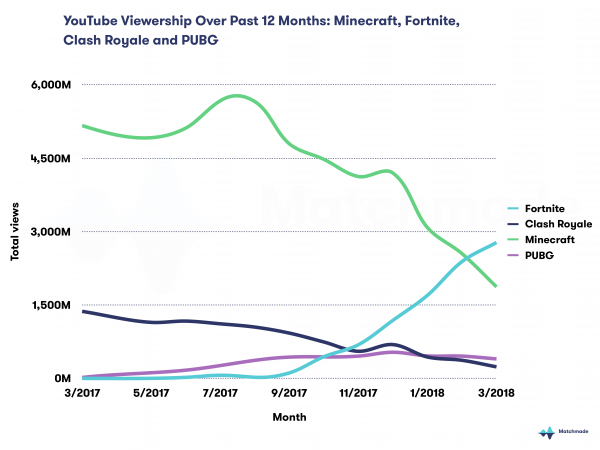 Similar games like PUBG and Clash Royale have seen viewerships level out or decline since Fortnite's Battle Royale mode launched. What's really interesting is Fortnite garnered this attention so quickly - the game managed an impressive 1 billion YouTube views five months after launch, and its viewership figures soared by 151% between January and February alone of this year. According to Matchmade, this is likely because Fortnite was free-to-play, available on multiple platforms at launch, and arrived just in time to benefit from tweaks to YouTube's content algorithms. (Of course, being fun to play certainly doesn't hurt.)

The question now is whether Fortnite can surpass Minecraft's viewership numbers, which were just shy of 6 billion as recently as last year.