Bungie confirmed all rumors surrounding Destiny 2 today during its livestream, and also revealed what to expect from Destiny 2: Shadowkeep.

Shadowkeep returns players to the Moon. When you go back it has changed to a place full of cracks and new fortress. The enemies will not only be large ans scary, but there will be a "psychological horror" element to it.

They are manifestations of the Guardians' past, and it's all the fault of Eros, due to Ghaul's actions, and she is trying to figure out how she unleashed this "madness" and needs your help to stop it.

You can't just kill them and make them go away either, apparently.

Here's the description per Bungie:

New Nightmares have emerged from the shadows of our forgotten Moon. Called forth by haunting visions from her tormented past, Eris Morn has returned and unleashed something that once slumbered beneath the lunar surface – a long-dormant power even she cannot control. Return to the Moon. Journey deep into a mysterious enemy citadel. Help Eris slay these nightmares before they reach out beyond the Moon to cast humanity back into an age of darkness.

There will be a new raid which will take place in the Black Garden.

As previously leaked, Shadowkeep is a stand-alone, so you don't need to own the previous expansion to play it.  The company also said it would support all platforms with new content, which means no more exclusive content between platforms. Expansions and Seasons will also be sold a la carte.

New Exotic weapons shown today included a bow, hand cannon, and trace rifle. Armor is getting an upgrade, and a new Dungeon was confirmed.

The game was also confirmed for Steam. If you pay it on PC, you will be moved over to Steam.

With Stadia, Destiny 2 is coming this year in November as part of the Pro subscription. The game will also feature cross-save between the service, PC and Xbox One. The option was noted as pending with PlayStation 4, but Bungie confirmed it was coming to PS4 at launch.

Alongside a September 17 release date and platform information, a collector's edition was announced. It will run you $149.99 and contains the following content. 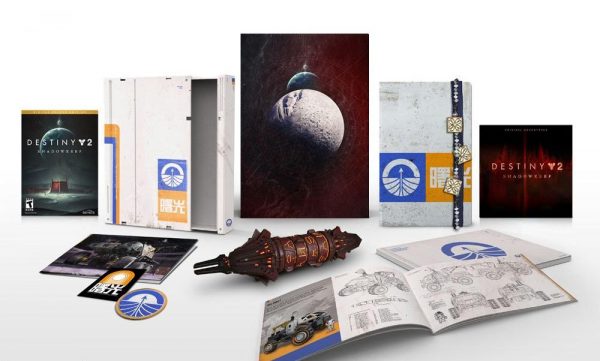 All pre-orders come with Destiny 2, Curse of Osiris, and Warmind to begin playing right away. You also net a Two-Tailed Fox Exotic Rocket Launcher and an exclusive Hive-themed Ornament to use in Shadowkeep.

The $34.99  standalone edition of Destiny 2: Shadowkeep includes a digital copy of the game and a single season pass.

The $59.99 Digital Deluxe version comes with four season passes along with exclusive Eris Morn themed items. These are: an Exotic Emote, Exotic Ghost Shell and an Emblem.

New Light and updates to the experience

Destiny 2 New Light is the new "entry point" option coming which makes it free-to-play, providing no barriers to players. Players will start off at a higher light level, to minimize grind and to be able to start playing with others after the first 15 minutes.

This also opens up Gambit, the campaign, and Strikes to new players. Locations such as Tangled Shore, the Dreaming City, and the Moon will unlock as you progress.

Activities such as raids in Forsaken will still need to be unlocked, and you will eventually need to buy the Forsaken expansion if you wish to continue playing the content or to participate in Raids, Exotic Quests, Strikes and dungeons. This will be the same with Shadowkeep.

We will provide exact information on this once Bungie provides more information, but that's what we gleaned from the stream. 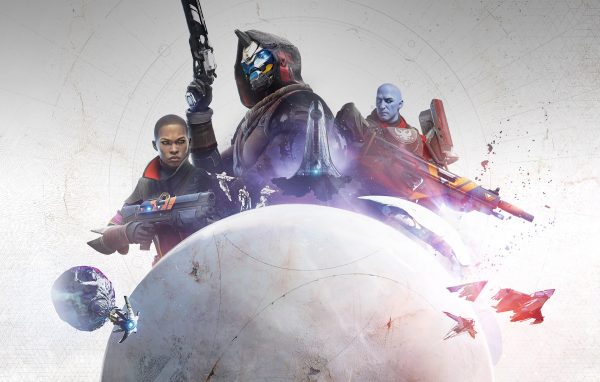 During the stream, Bungie mentioned some of the changes and improvements it's making to the game as a whole.

One of the goals is adding stats back into the game, and going back to being a more full-fledged, RPG. The team also wants to improve the social aspect, which is why it's finally admitted the game is basically an action-MMO. It always shied away from calling the game an MMO due to the "baggage" surrounding the genre.

Renewed PvP is another focus, as the team wants to repair "the foundation" before it brings back Trials of Osiris.  So expect a bit of wait on its return, as a window was not provided.

Changes to the playlist structure are also coming, which will make many rather pleased to hear.