This is likely just a social media person not understanding the games industry, but Walmart Canada seems to think Death Stranding is coming in June.

Hideo Kojima’s upcoming game about the environment, topless Norman Reedus, and babies in jars doesn’t have an official release date yet, but you can pre-order it at Walmart Canada, the retailer that leaked the existence of Rage 2.

Game Awards host Geoff Keighley put out a cheeky tweet last night about the announcements at the upcoming awards show.

“Today we start transitioning into #TheGameAwards world premiere land,” he said. “There are a LOT of games we won't be talking about at all until the show (All eyes on you @WalmartCanada) but we do have some great things to tease/announce in the week ahead.” 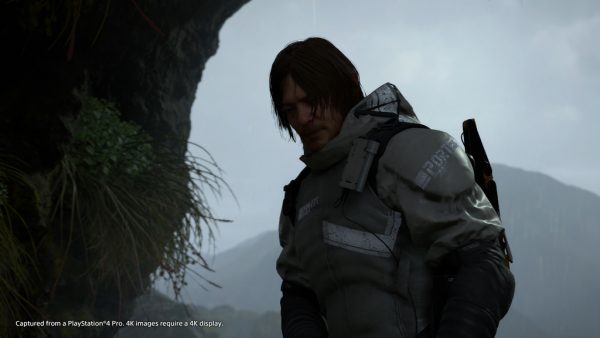 In reply to that tweet, a person called Yinob (yes, I’m 90% sure that’s a dick pun), tweeted a photo of Death Stranding’s pre-order page and asked what it meant by shipping in June. Here’s Walmart’s reply:

Hi Yinob. As per the information stated for this item, this is a pre-order that will ship in June.

As I said, this is likely just some social media person not clued in on the industry, but it’s too funny to not share. Also, they say “Hi Yinob”, and they leaked Rage 2. So there.

Here's everything you need to know about the Game Awards 2018, where there will most likely be some kind of concrete news on Death Stranding.