One of the challenges in any action RPG is to ensure that real-time action combat doesn't become a bore thanks to powerful, buffed up RPG enemies that take too long to down - and the developer of Cyberpunk 2077 is working hard to ensure it doesn't fall foul of this particular pitfall.

While CD Projekt RED has some serious action RPG chops thanks to its work on the combat of The Witcher, it's fair to say Cyberpunk 2077 is quite different, focusing on a first-person perspective and with more of an emphasis on firearms than melee. That potentially exacerbates the problem - there's no worse feeling in a video game than hitting a human with a rocket launcher and having them not even flinch - but the Cyberpunk team is aware of it.

"In the core of the game, if we’re talking about the normal NPCs that you meet on the street, they can have different rarities to them, I would say. Most of the NPCs that you will meet are normal, just goons. And if you’re continuing to level up, and if you’re on the level of the enemy, you should never experience bullet sponginess. They will feel quite fast to kill, quite fast to engage. However, they’re quite deadly as well, so you need to basically use cover, and move around a lot," said senior gameplay designer Pawel Kapala in a new interview with VG247.

Not all enemies will be like that, however. Back in the June hands-on gameplay demo, we caught a glimpse of Adam Smasher - a massive, augmented beast of a man who certainly looks like he won't go down in a couple of hits. His visual design absolutely screams that this is a guy you'll probably end up fighting. But encounters with characters like this are something that the team at CD Projekt RED is well aware can go south fast.

"Some of the NPCs would be, like at officer level, so they’re more elite enemies that deal even more damage, and they take a little bit more punishment. However, what we opted to do there is that, we basically ensure that hit reactions on our NPCs are always played," Kapala explained.

"This is a big problem in most of the games that I played that have bullet sponges; that basically you don’t see any type of reaction on the NPC, as you’re hitting him. It feels like you’re literally shooting a sponge, like there’s nothing there. And we never want to have that. So, we will still play hit reactions on those NPCs. You will still see that they’re getting hurt. They will stumble, they will fall from your gunfire."

So there you have it: for Cyberpunk 2077, the key to the bullet sponges is making sure that they react accordingly to gunfire - even if it might take a bit more time to take them down in full. This seems like it goes hand-in-hand with the game's approach to how its world reacts to combat, too - with destructible cover and pieces of the environment that can straight-up disintegrate under pressure - all of which contributes to making weapons feel powerful. 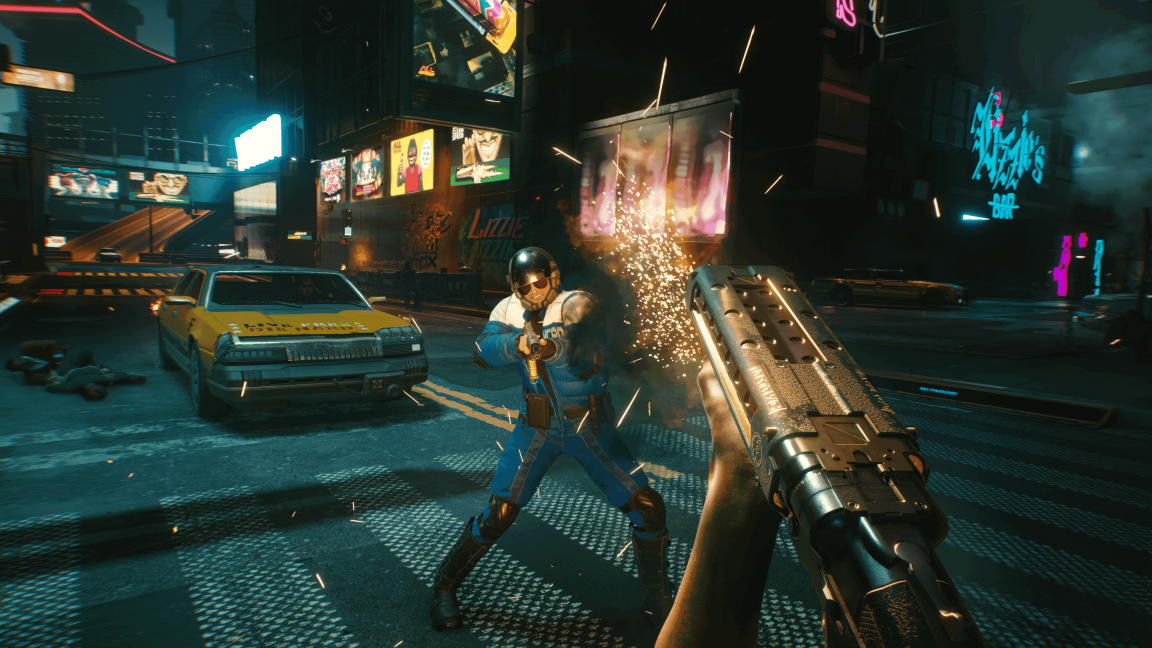 And what of the likes of Adam Smasher?

"As far as boss fights are concerned, well, I think it would be best if players see it for themselves," Kapala said. "However, I can assure you that we took the necessary steps not to have them feel like bullet sponges as well."