Blizzard announced overnight it will give Chung “Blitzchung” Ng Wai back his prize money and his suspension will be shortened.

Now, the company has halved the suspension, and returned Blitzchung's prize after mounting pressure from many, including Blizzard employees, Hearthstone players and casters, activists, and the gaming collective.

In a statements released Friday evening, Blizzard president J. Allen Brack said the company's "relationships in China had no influence" on its decision to ban Blitzchung and that in retrospect, it "reacted too quickly."

"Over the weekend, Blitzchung used his segment to make a statement about the situation in Hong Kong—in violation of rules he acknowledged and understood, and this is why we took action," said Brack.

"Every Voice Matters, and we strongly encourage everyone in our community to share their viewpoints in the many places available to express themselves. However, the official broadcast needs to be about the tournament and to be a place where all are welcome. In support of that, we want to keep the official channels focused on the game."

Brack said Blitzchung used the official esports tournament broadcast as a platform to share his views with the world, instead of focusing on the tournament. As far as the hired casters, they are supposed to stay focused on the tournament and the players and not deviate from the subject. 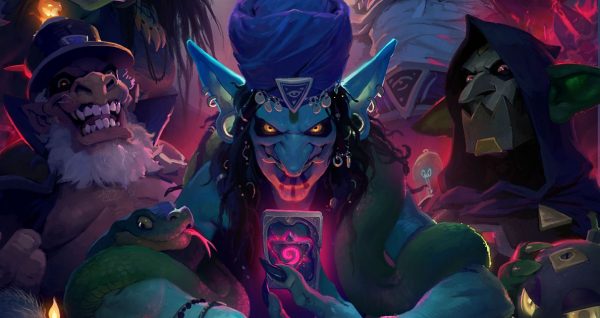 "The specific views expressed by Blitzchung were not a factor in the decision we made," according to Brack. "I want to be clear: our relationships in China had no influence on our decision. We have these rules to keep the focus on the game and on the tournament to the benefit of a global audience, and that was the only consideration in the actions we took.

"If this had been the opposing viewpoint delivered in the same divisive and deliberate way, we would have felt and acted the same.

"We want to ensure that we maintain a safe and inclusive environment for all our players, and that our rules and processes are clear. All of this is in service of another important Blizzard value—Play Nice; Play Fair.

"In the tournament itself Blitzchung *played* fair. We now believe he should receive his prizing. We understand that for some this is not about the prize, and perhaps for others it is disrespectful to even discuss it. That is not our intention. But playing fair also includes appropriate pre-and post-match conduct, especially when a player accepts recognition for winning in a broadcast.

"When we think about the suspension, six months for Blitzchung is more appropriate, after which time he can compete in the Hearthstone pro circuit again if he so chooses. There is a consequence for taking the conversation away from the purpose of the event and disrupting or derailing the broadcast."

Brack said that moving forward Blizzard will continue to apply tournament rules "to ensure official broadcasts remain focused on the game," and are not a platform for "divisive social or political views."

You can read his entire statement at the link.

In response,  Blitzchung said during a stream he was pleased Blizzard reconsidered his lengthy ban; however he feels six months is till a long suspension. He also stated Blizzard should "reconsider the casters’ punishments. He is also unsure at present whether he will compete in Hearthstone once again once his suspension ends (thanks, RPS).

In his stream, he also stated he appreciated the support of those boycotting Blizzard games. For those who didn't, that was "fine too," as it could affect their jobs. He also expressed his gratitude to those that "support Hong Kong.."