A new Fortnite patch will chip away at the impressive sky rift until it disappears entirely.

A little over a month ago, Fortnite kicked off an in-game event by launching a rocket and tearing open a rift in the sky. Now that rift seems to be fading from view, suggesting that preparation for a new in-game season is underway.

As reported by IGN, the rift has been closing ever since a Saturday patch was implemented. Small sections have already disappeared, while Fortnite leakers have determined it will vanish entirely on August 21, 2018. 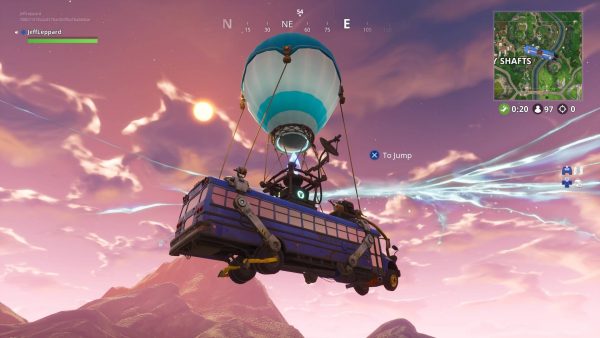 Epic Games has used Fortnite’s skybox to herald new in-game events ever since that meteor appeared earlier this year. The current season has only been running for a month, so more surprises are likely planned – perhaps something will zip out of the rift at the last moment?