It's understandable why Yakuza: Like a Dragon is the way it is. After making six numbered entries in the series and a handful of spin-offs, it's probably fair to say the team behind it was getting a little bit bored. Why just make another one of those? That's the question that's led to this weird, zany and brilliant mash-up of a game.

Yakuza: Like a Dragon is a Yakuza game to its very core. It features a wistfully realistic recreation of a slice of a Japanese city where the player tools around advancing a story of mob bosses, pride and honor while undertaking a gloriously eclectic range of side activities. All of that is familiar - but the most different aspect of Like a Dragon is also the most common element of the game: combat.

You see, Like a Dragon is a turn-based role-playing game. Where the other games were story-driven brawlers with distant relatives in the likes of Streets of Rage, this game's relatives are games such as Dragon Quest, Persona, and Phantasy Star. It's a bonkers idea - but it's incredible just how well it works.

Yakuza has always been over-the-top, and this switch to turn-based battles leans hard into that quirky streak. Yakuza gang members out on the street look like normal people, but as soon as their attention is gained and you transition into battle they take on slightly twisted forms of themselves. Everything you'd imagine from this sort of combat system is present - there's regular attacks, defending, magic and skills, and even things like powerful summon monsters (of a sort) that come to your aid in battle.

Put it this way - in Final Fantasy, a character's ultimate Limit Break move might be called something like Renzokuken. In Yakuza: Like a Dragon, that same sort of move might be, y'know, the Ultimate Bondage Attack. A summon usually summons a god, but here it might summon a crawfish you saved from being somebody's dinner to snip the enemy to death with its claws.

From the moment you first enter combat in Like a Dragon it becomes clear that the team behind it are lovers of the genre. These folks obviously grew up on Dragon Quest and have probably played through multiple entries Sega's other big JRPG, Persona, and this game seems to take much glee in taking tropes from those games and flipping them on their head. By putting these elements into a 'realistic' setting, it all feels rather absurd, but that goes in both directions. The absurdity is brilliant - so when you realize one party member's equivalent of fire-element 'magic' is to burn the enemy with her curling irons, you can't help but grin. Another necks off booze and then burps on enemies, igniting the liquored fumes with a lighter. It's dumb, and brilliant.

All of the role-playing tropes come with this, of course. So there's weapon upgrades, character growth and gear to worry about. A deeply Yakuza streak runs through combat too, however - a joy in these games was always ripping up bicycles or street signs from the sidewalk and using them to smash enemies' heads in, and this still happens - it's context-sensitive, with characters reacting to the world around them when you pick a move. Combat is naturally less immediately exciting in a turn-based setting, but it looks dynamic, with animations and character models that are a joy to watch batter each other. 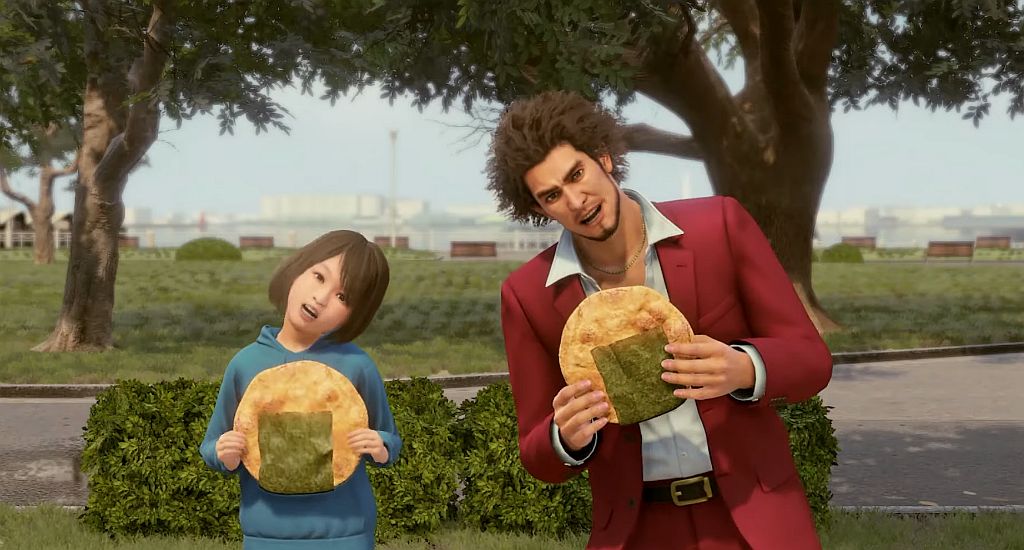 In other ways this is still unabashedly Yakuza. While this is a multi-platform current generation game, it's also got a timed exclusive next-generation release for Xbox Series X & S, but don't expect it to knock your socks off as a visual showcase. It looks fine - great, even - but it's definitely a cross-generation game and retains many of the sensibilities of the rest of the series like using voice acting for key scenes but not for lesser moments like side quests. The city is visually the star of the show, especially at night - it made me pine for autumn evenings wandering around Japan when visiting for Tokyo Game Show, something rendered impossible by the current worldwide situation.

The switch over to Japanese RPG systems might have been caused by developers fancying a change of style, but the curious truth is that this is an inspired new direction for the Yakuza series. These are lengthy games with lovable characters and winding stories that you want to see through to the end - which in some games takes as much as thirty hours or more.

It feels to me that brawler combat might wear thin a lot more quickly than turn-based battling with a wide variety of party members and skills - and so that makes it a surprisingly canny fit for this beloved series. The more I played of this preview build, the more prepared I became to set aside thirty or forty hours to truly see everything in the final game.

And there's a lot to see! Under it all, of course, remains the Yakuza series' firm dedication to side content. There's mini-games, real arcade games, side quests and more - and all the charm from past games appears to be intact. This is the first core Yakuza game to be localized with English voice in a long time, too - though Sega clearly knows this isn't for everyone as the original Japanese voice-over is also included.

The reason for an English voice cast is clear, though - it's the same reason that this game is called Yakuza 7 in Japan but has a slightly rubbish subtitle in the West. This game is seen as a jumping-on point - a new kind of game that can hopefully make new Yakuza fans. I enjoyed the series anyway, but my few hours tooling around Yokohama in Like a Dragon has me convinced: this seems like it'll be my favorite entry in the series yet.

Yakuza: Like a Dragon releases for Playstation 4, Xbox One, PC, Xbox Series X & Xbox Series S on November 10. A PlayStation 5 version will arrive in March 2021.