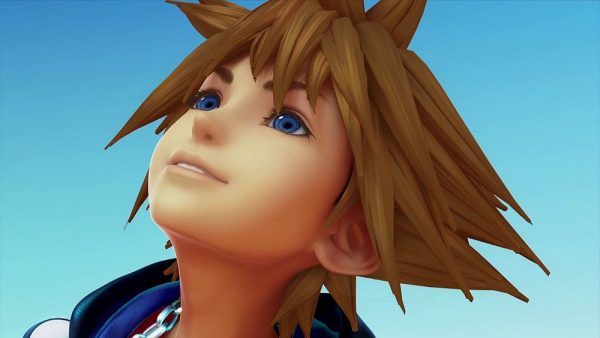 But that wasn't all, the publisher made sure to sneak in a single Kingdom Hearts 3 screenshot. This one is special though. As you can probably tell, it's an homage to the famous pose from Final Fantasy 7, which is celebrating its 20th anniversary. 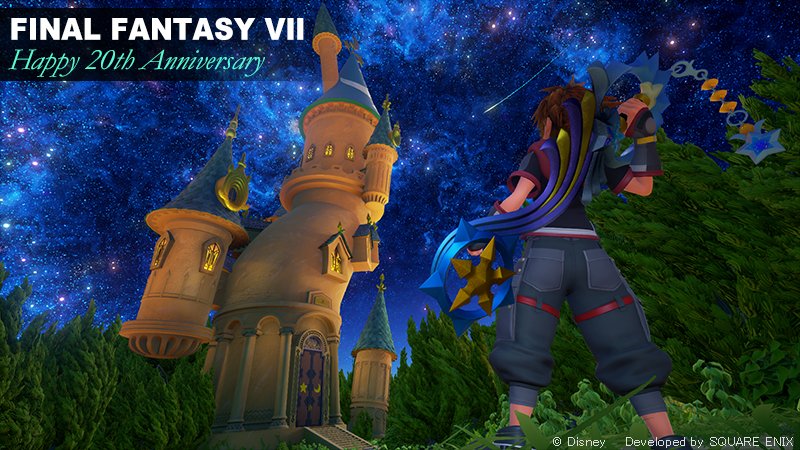 More recently, designer Tetsuya Nomura confirmed that it'll be a while before we see the release of either game. Kingdom Hearts 3 has been in development longer than the Final Fantasy 7 remake, but it seems the publisher is still uncertain about the release date.