At Reboot Develop, a games industry event in Dubrovnik, we got a chance to chat to omnipresent RPG writer Chris Avellone, during which we did our best to force trick him into revealing all of Star Wars Jedi: Fallen Order’s secrets.

Unfortunately for us, his mind is far too powerful, though we did get some interesting insight into how Respawn is approaching development on the secretive game.

“I used to work with one of the production staff at Ghost Story Games, then he moved over to Respawn,” Avellone explained, reminiscing about how he got the freelance gig. “Suddenly he dropped me a line and was like, ‘Hey, we have a project over here that you might be interested in’. I didn’t realise they were working on Star Wars, but I came in and I was like ‘holy shit’.” 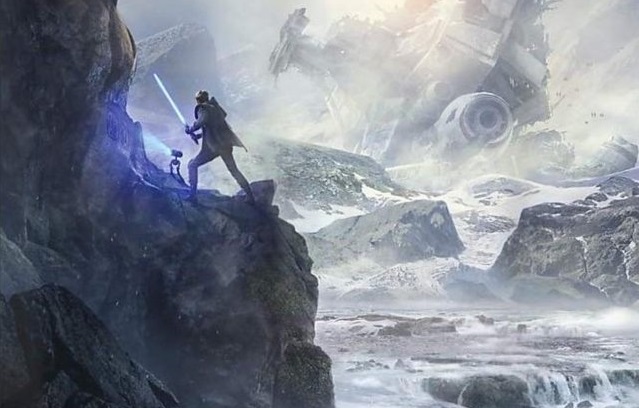 Avellone and Contreras are also joined by four other narrative designers. To put that into perspective, a project like Arkane’s Prey - a multi-layered immersive sim packed with environmental storytelling - had around three, according to Avellone.

“I hope [the six writers] are listed in the reveal because I accidentally said ‘I’ve wrapped this up’, but there are other writers and I’m not even the lead guy,” Avellone explained. “Story was very important to Respawn. I think they do a good job of introducing various narrative layers into their games already, but they think story is an important part of what they perceive to be a Star Wars game. That’s one of the reasons I like Respawn, because when they tackle something like that, they understand what the important points are.”

That understanding is actually what led to Avellone being offered the gig in the first place, as his experience on Knights of the Old Republic 2 meant he could hit the ground running. “I think they brought me on because I have a pretty strong Star Wars pedigree so I’d probably be able to just jump right in. And I was, which was good,” he said. “It didn’t require a ton of new research.”

Correction: A previous version of this feature cited Aaron Contreras as having led the creation Mafia 3's story. Contreras was a narrative designer who worked alongside lead writer and story creator Bill Harms. We have made the necessary changes.