There’s a standout moment in Splinter Cell: Chaos Theory when deniable special operative Sam Fisher laments the time he slept in a Baghdadi ditch during the Gulf War.

“If it’s any consolation, I had a bad year that year too,” his handler Grim says. “I was in tenth grade.”

Sam Fisher is Splinter Cell - a lovable relic. And the series has been behind the curve of change more than once. During the development of what became Splinter Cell: Conviction, Ubisoft rebooted the game because its social stealth premise had already been one-upped by Assassin’s Creed. Now, six years after Blacklist, with a new Splinter Cell rumoured to emerge from its ditch for E3, it’s again become difficult to imagine where Fisher fits into the modern world. 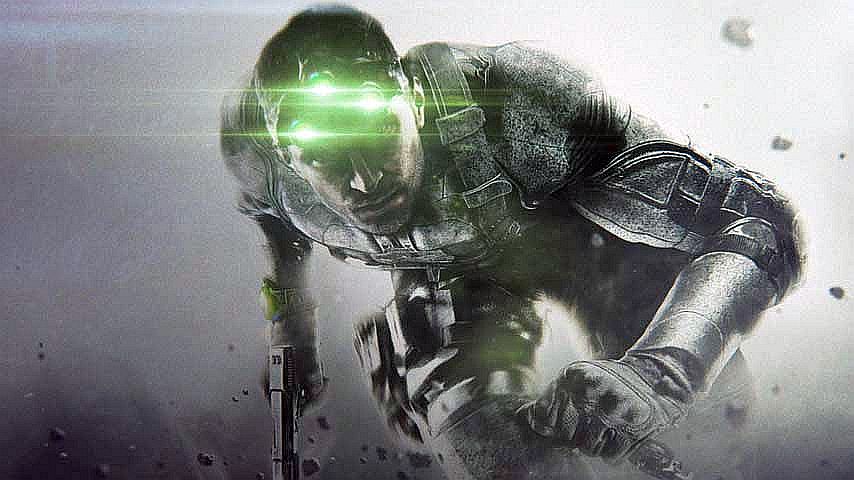 Look at his contemporaries under the Tom Clancy banner. Ghost Recon, which once struck a balance between hardcore tactics and COD-style bluster, is now a GTA-tinged open world covered in icons. Rainbow Six abandoned single-player campaigns altogether, instead finding relevance with season after season of multiplayer updates. And The Division, the new kid on the devastated city block, found a way to fold both battle royale and Destiny into military shooting.

From its roots in simulation, the Clancy license has adapted to survive. But it’s harder for Splinter Cell to do the same. Even at its most divergent, in the Predator-like action of Conviction, it was still a linear stealth game in which your options were limited, your strengths stacked against an ever-present vulnerability. Despite experiments in co-op, it was a game that made most sense played alone. And it had an end, wrapping up with whatever geopolitical crisis prompted Fisher’s mission in the first place.

I don’t need to tell you that triple-A game development has changed even since 2013, when Blacklist came out. The extraordinary bar for fidelity and scale set by the likes of Rockstar has seen team sizes rocket into four figures. Rising costs and the continued impact of the pre-owned market has made the allure of the ‘hobby game’ irresistible to major publishers, who now want releases to make them money for years, not months. 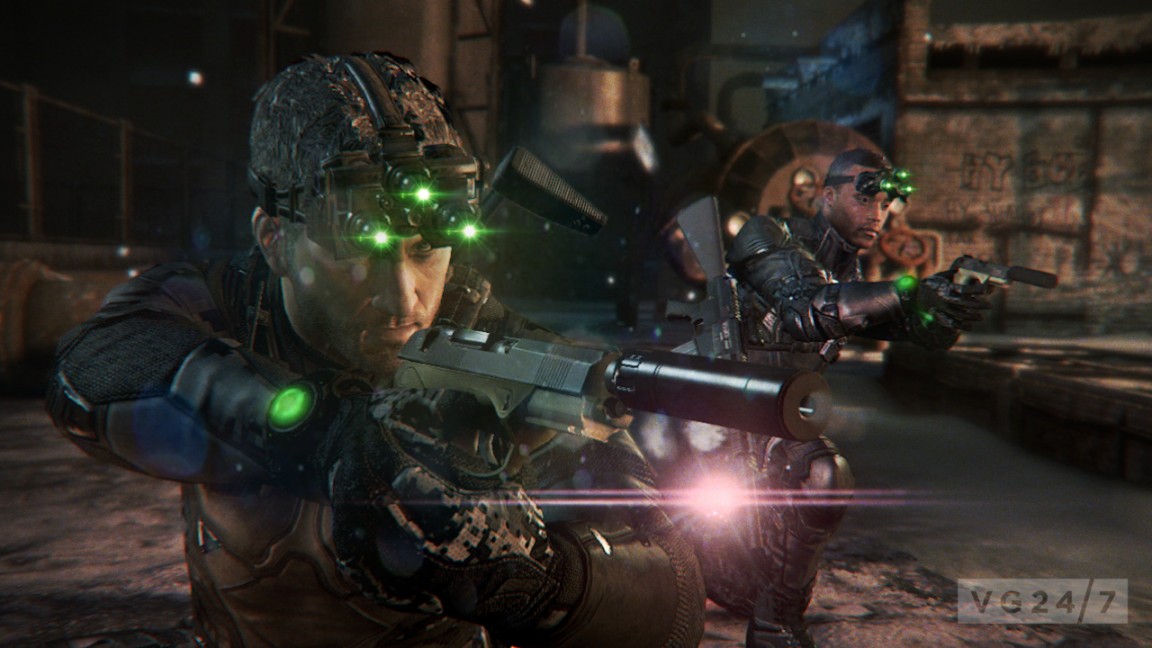 These service games thrive on the endless promise of further updates, the organic recruitment of team-based multiplayer, and the 50-hour commitment of an enormous world map. How is any of that compatible with Splinter Cell?

There is precedent of sorts. When Io Interactive rebooted Hitman in 2016, it released the game in staggered fashion - publishing standalone levels every month or so. The format meant that Hitman had a far longer tail than the average single-player game, cropping up regularly in the news. But more than that, the drip feed of levels saw players play and replay those early maps, learning the position of every guard, disguise, and potential murder weapon, giving these clockwork social spaces the individual attention they deserved.

That urge was only encouraged by Io's contracts. Some were missions within missions that set players absurdly specific rules about what tools they used and which clothes they wore while they used them. Others were limited-time events, in which players were given one shot to kill a specific target. And beyond the challenges set by the developer, players were able to pick their own targets from Hitman's enormous pool of NPCs and task others with pulling off custom assassinations. None of these options compromised Hitman's tight, insular focus, but extended its popularity in a way that would make most big publishers happy (never mind that Square Enix sold off Io soon afterwards - judging by its downbeat take on Tomb Raider's 3.4 million sales in its opening month, those guys are never happy). 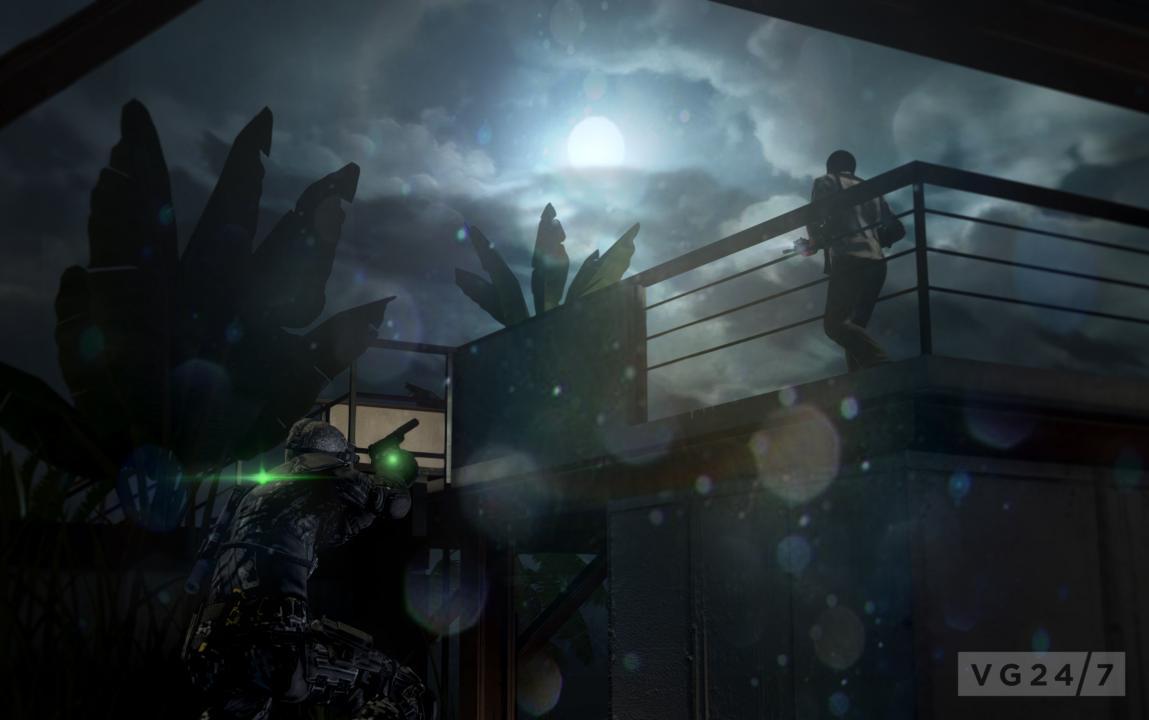 Admittedly, not all of this could be so easily emulated in Splinter Cell. Hitman has the advantage of sandbox design - its missions have always encouraged experimentation in approach, whereas Fisher is master of a very particular toolset. Once you'd seen the inside of every shadow in a Splinter Cell level, you were unlikely to go back.

Perhaps there's another useful model within Ubisoft's own roster, though. Far Cry: New Dawn is an open world game, yes - not one Splinter Cell has much in common with in a structural sense. But its quests are mopped up quickly by genre standards - longevity instead coming in the form of Expeditions.

These missions whisk you away via helicopter to self-contained maps far from Hope County, where your goal is always to source a package in an enemy base, then make your escape while baddies home in on your GPS position. 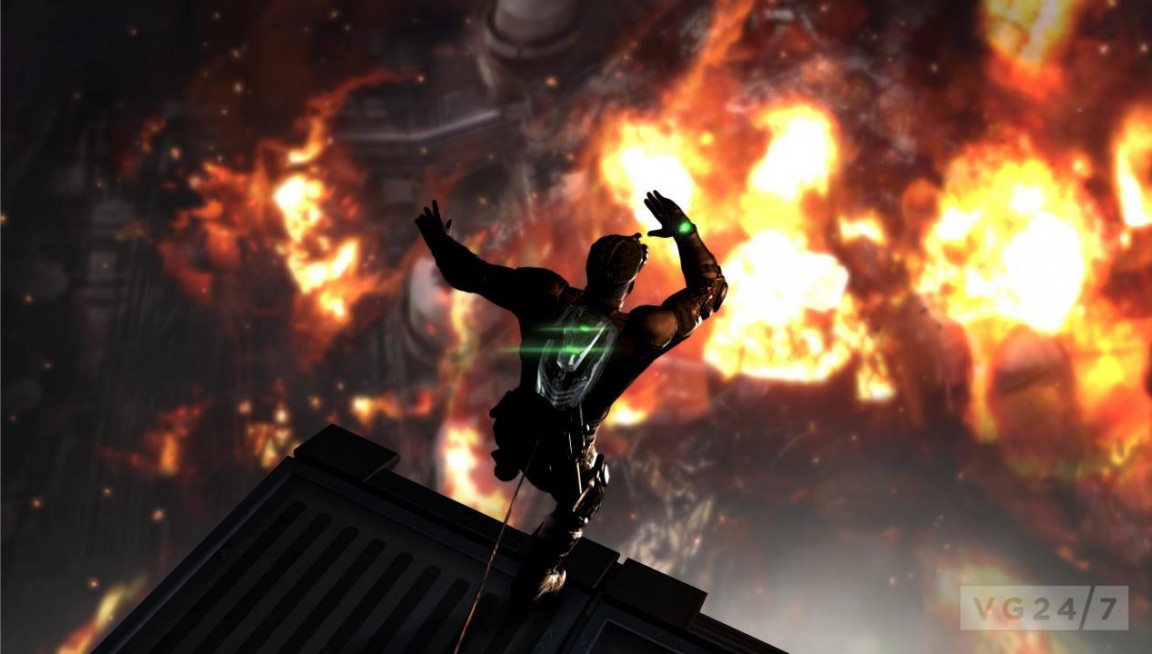 First expeditions are often completed relatively easily, but you soon realise their primary purpose is recon. The real challenge comes on your return trips, for which defences are shifted around and beefed up. On these subsequent assaults, your existing knowledge only enhances your ability to plan a path through the map, making for more satisfying runs. In other words, New Dawn has found a way not only to package small-scale stealth of the kind Splinter Cell offered, but to keep players coming back for it.

Sam Fisher will always be a dinosaur - that's part of his charm as an ageing spook in an increasingly complicated world - but he's never shied away from new tools and technology. Somewhere between these smart examples of long-term design is a route he could pad along without tripping any of the alarms that scream compromise or lost identity. A way for Splinter Cell to embrace the future in its own inimitable and old-fashioned way. It’s about time Fisher got back out of that ditch.