The second Battlefield 1 livestream kicks off later today with a rather special guest.

Make that three, because it's not just Snoop Dogg. Xbox Live's Major Nelson and AceyBongos will be present as well.

Along with Amiens, Fao Fortress, Suez Canal and the Sinai Desert will also be featured in the stream.

It all starts at 1pm PT/4pm ET/9pm UK today and everyday, with each stream from now until release lasting around two hours. 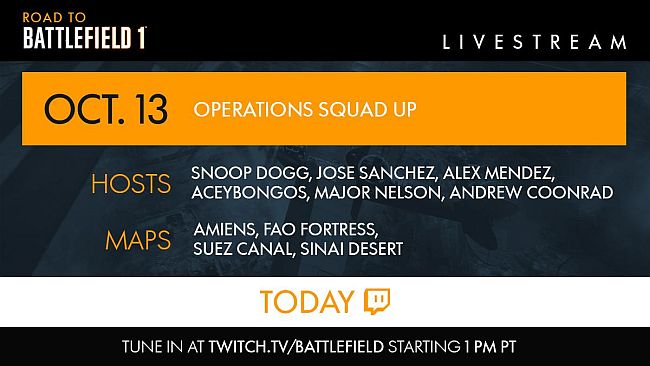 Battlefield 1 will be released worldwide on October 21 for PC, PlayStation 4 and Xbox One.