The third map pack for Black Ops will go live on June 28, a promotional poster for the DLC sent to VG247 by a UK retail source has shown.

The pack, known as Annihilation, will go on sale first on Xbox Live - per the agreement between Activision and Microsoft that all Call of Duty DLC will come to XBL as timed exclusives - for 1200 MS points. This has been the price for all of the map packs released so far for the Treyarch shooter.

Annihilation will come with four new competitive maps: Hangar 18, Drive-In, Silo and Hazard, as well as a new Zombies map.

You can find the full image below. Black Ops has seen two map packs to date: First Strike back in February and Escalation in April, the latter of which only launched on PS3 last week. 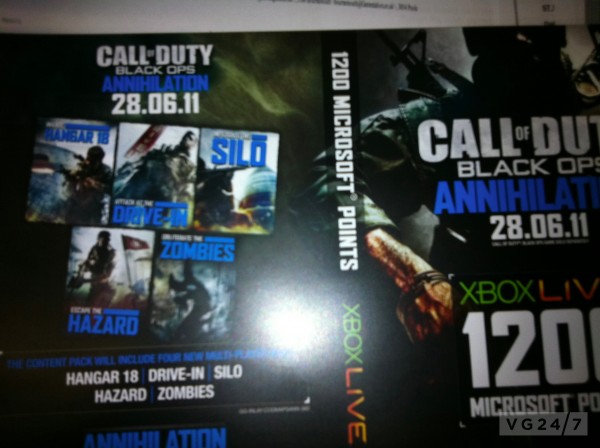