Pokemon X & Y has received its first gym trainer reveal in the pages of Japanese magazine CoroCoro, along with some new creature types.

The article reveals a few new Pokemon types along with their Japanese names. Here they are, courtesy of Serebii's translation: 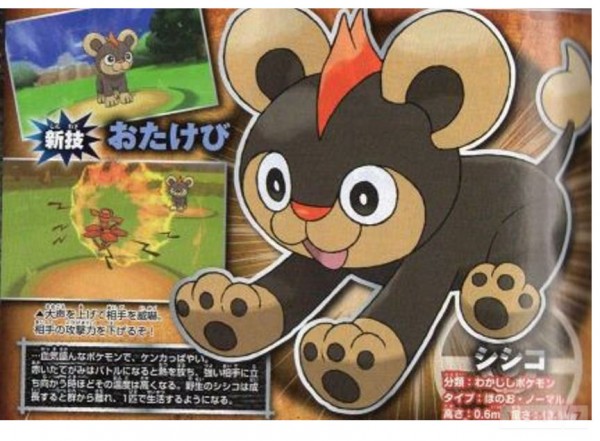 This is fire-type Shishiko, a black bear cub that can use 'Battle Cry' to cripple an enemy's attack power. 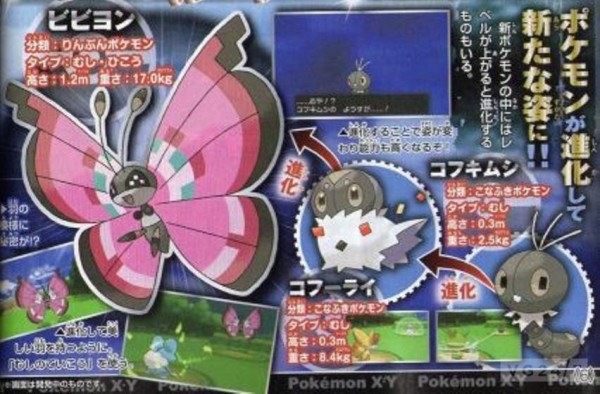 Bug-type Vivillon evolves from Kofukimushi and Kofuurai, and while this Pokemon was announced yesterday, this is the first time its evolution tree has been revealed. 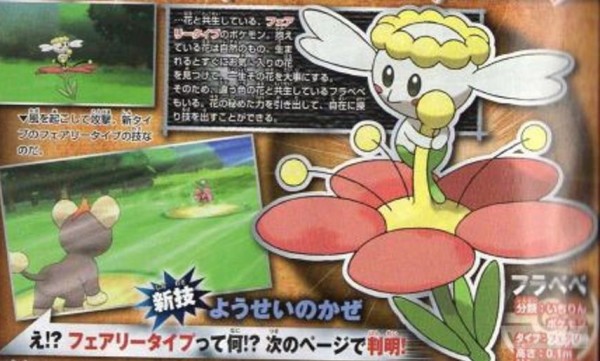 Fairy-type Furabebe is all-new and can use a move called Fairy Wind. 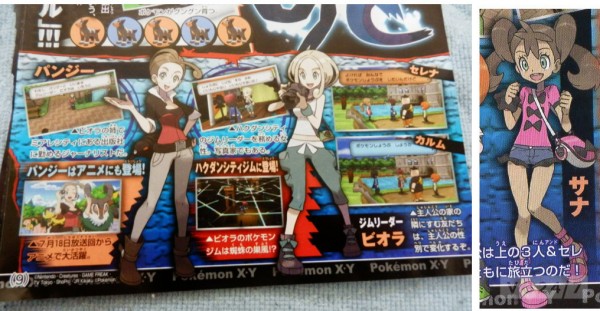 On the left you can see new friendly character Pansy who will debut in the Pokemon cartoon along with her creatures Gogoat and Helioptile on 18 July.

In the middle is gym leader Viola, who ONM believes to be a bug-type trainer in Hakudan City.

What do you think of the new Pokemon types and human characters? Let us know in the comments and be sure to check out bigger versions of the shots below.