That's quite a lot of people out there walking around looking for Pokemon. 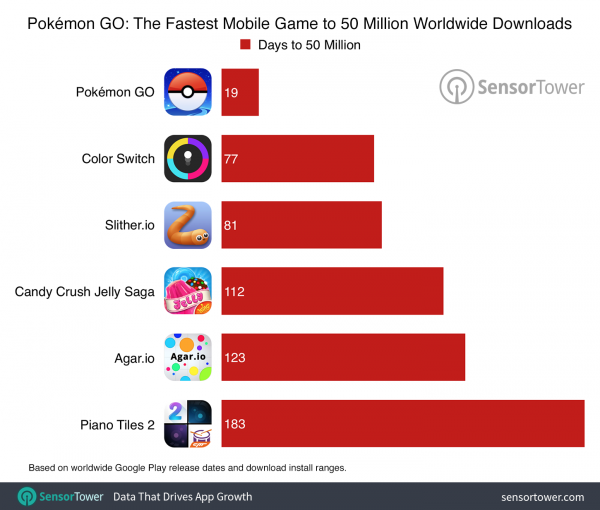 The figure combines downloads for both iOS and Android devices in 32 of the 100 markets in Which Apple's App Store and Google Play are available.

According to the figures, Pokemon Go was downloaded 50 million downloads in 19 days, faster that other popular downloads such as Color Switch and Slither.io.

The figure above shows Pokemon Go downloads compared the aforementioned and popular games.