Pokemon X & Y is barely out and already footage of a rumoured Pikachu title has appeared online. The game is said to be coming to 3DS and appears to feature a mechanic that sees Pikachu copying your facial expressions. It's quite darling and/or terrifying. 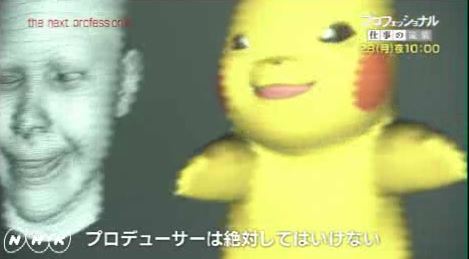 The news follows these rumours regarding a new Pokemon game starring Pikachu.

Footage of the title was posted online by Japanese broadcaster NHK, and shots Pikachu mimicking expressions performed by players. The expressions are converted into a 3D model of your head and then pulled off by the electric mouse.

The clip comes ahead of a televised interview with Pokémon Company president Tsunekazu Ishihara on October 28.

Nintendo declined to comment when asked for details by Eurogamer.