Eventually, no one will be in this sky. 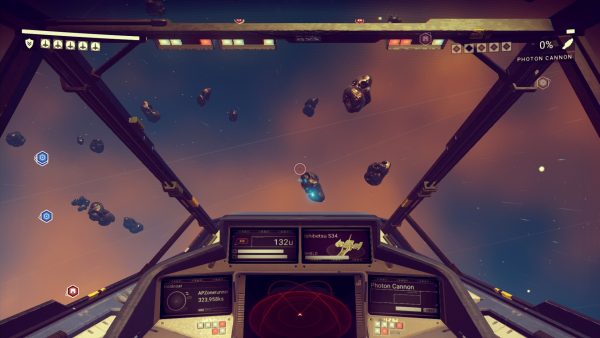 No Man's Sky was supposed to have an enormous universe which players could spend lifetimes exploring. As it turns out, we got tired of it in a month. Sure, the game had an astounding number of players in its opening week, but that number has quickly dwindled below 100 on Steam's game rankings.

According to stats pulled by Digital Spy, No Man's Sky had an impressive 194,254 players per hour back on August 12. As of Sunday, players have dropped to a mere 2,123 per hour, sitting at 113 on Steam's rankings. For context, Evolve: Stage 2 saw its own leap in Steam rankings, but still settled down within the Top 100 games. In other words, if it were actually possible to run into other players in No Man's Sky, you'd have even less of a chance of that happening now.

This isn't the only piece of bad news for No Man's Sky this week - the ASA recently confirmed is had launched an investigation into the game's false advertising claims.