Following the leak from earlier this morning, the Mortal Kombat 11 Kombat Pack has been officially revealed.

Update: Warner Bros. has now debuted the anticipated trailer, which we've embedded below. All of the details that leaked earlier today were accurate, in case you're wondering.

Original story: Kombat Pack 1 is supposed to be officially unveiled this afternoon. Though Mortal Kombat 11 players have obviously already received two of the pack's six fighters - Shang Tsung and Nightwolf - the rest had yet to be confirmed.

Many were looking forward to today's premiere to finally see the remainder of the roster, not to mention get their release dates. Unfortunately, information has leaked ahead of time once again.

The YouTube trailer premiere went up on official channels with a countdown to today's big moment. As it tends to happen, the video's thumbnail could be easily grabbed. In this case, the thumbnail featured all six characters, as well as their release dates. 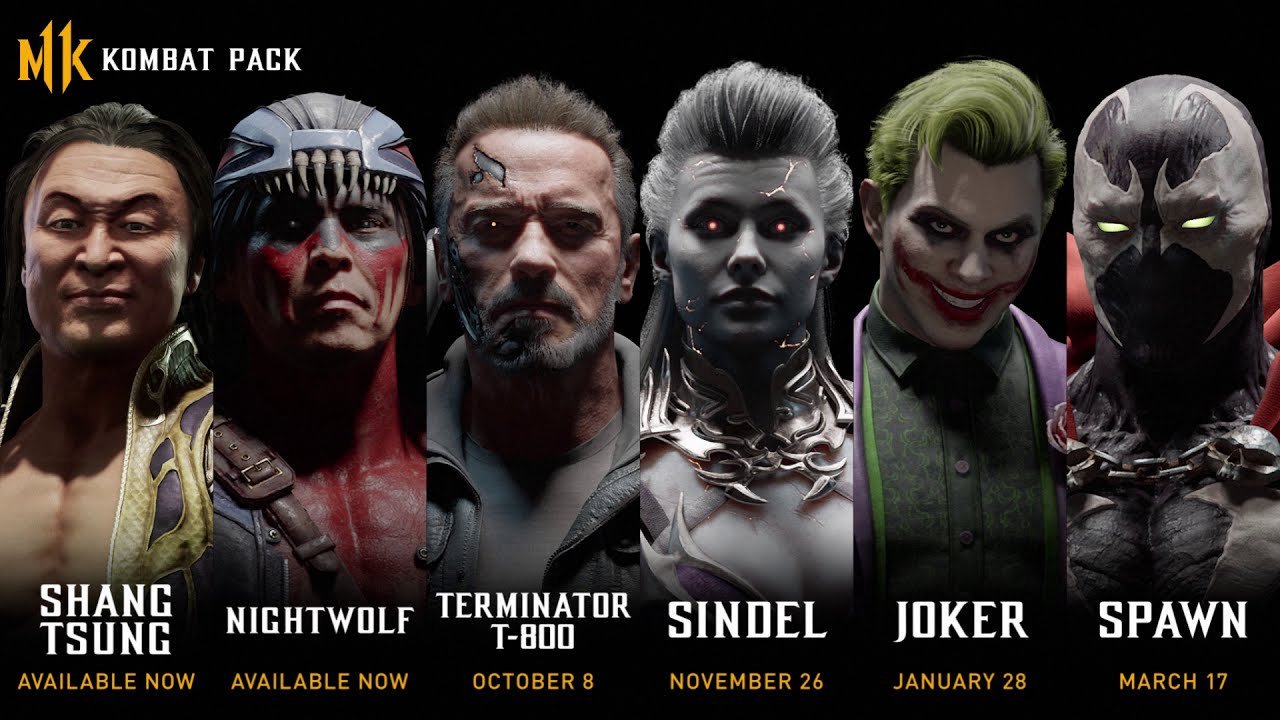 The big news here, of course, is the release dates, since the Kombat Pack's entire roster leaked even before Mortal Kombat 11 had launched.

The next character set for release is the T-800 Terminator, with Arnold Schwarzenegger's model, due October 8. Sindel follows on November 26, rounding out this year's slate. 2020 kicks things off with Joker on January 28, and finally Spawn on March 17.

These dates only apply to pass holders, though the characters become available a la carte a week later.

We'll update you when the trailer officially drops. Until then, you can see the leaked thumbnail above, courtesy of Reddit user poklane.