Life was tough in late medieval Bohemia. If Kingdom Come Deliverance is anything to go by, you were just as likely to be beset by bandits as pestilence.

Following a violent massacre at a horse farm, Henry is tasked with finding the stablehand who knows more than he’s letting on. Here’s how to complete the Ginger in a Pickle quest, and find Ginger, the charcoal burners and the bandits’ camp.

This quest can involve some combat, so make sure you’re kitted out with the best equipment you can find. If you’re struggling for cash to buy some, take a look at our guide to money making in Kingdom Come Deliverance. 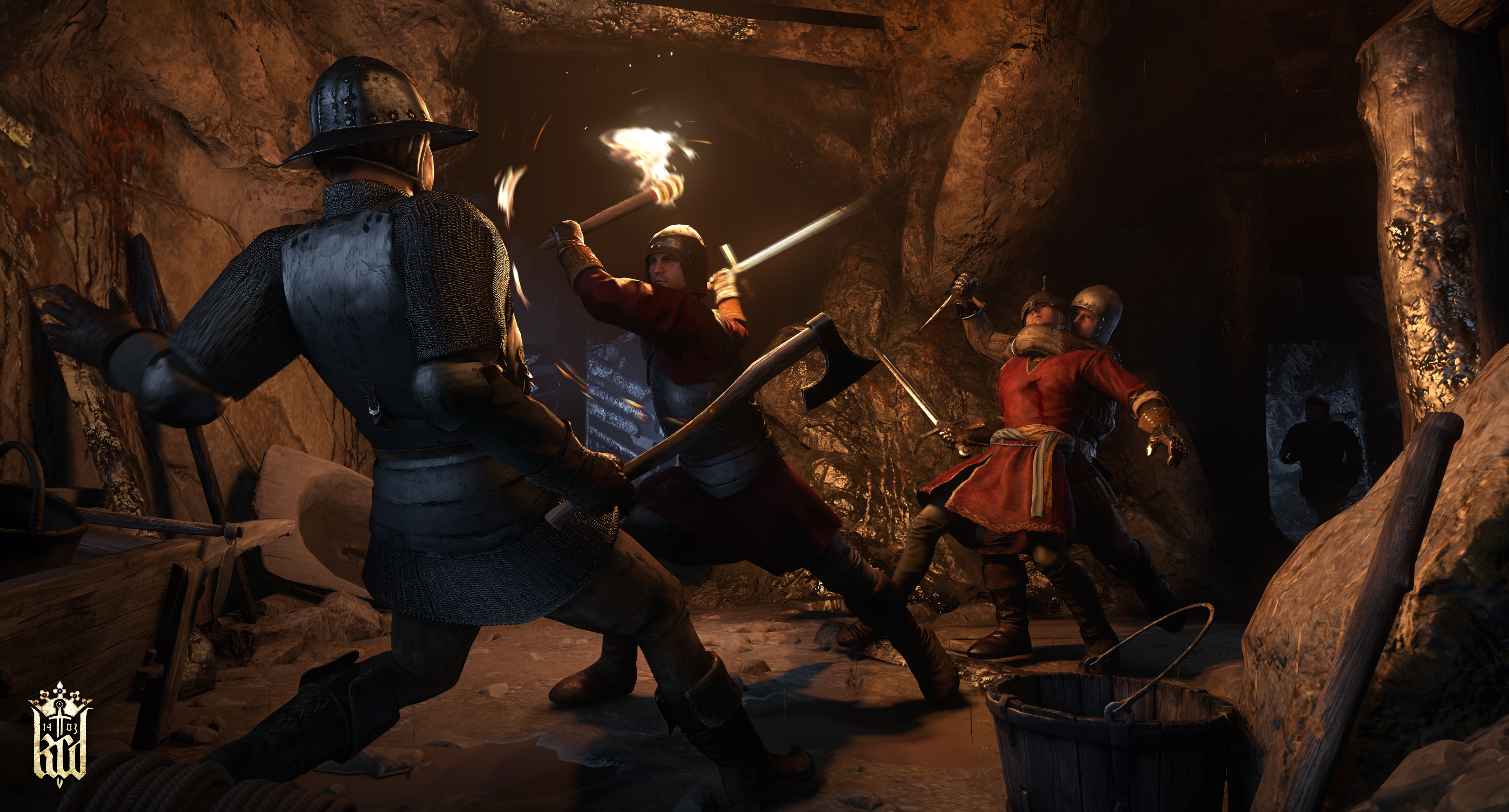 Ginger in a Pickle quest guide:

The Ginger in a Pickle quest will start immediately after you’ve wrapped up The Hunt Begins by reporting the whereabouts of the dead bandits to Captain Bernard. He’ll ask you to keep investigating the crime, and if you tell him that Ginger’s caught up in it all, will send you to find him.

To find out where to go next, you’ll have to ask around. Speak to Zora, the farm master’s wife from The Hunt Begins quest, and she’ll tell you to speak to the farmhand Jakub. He’s usually standing in the same courtyard as her, next to the barn door.

After some persuading, Jakub will tell you that Ginger was friends with groups of charcoal salesmen, called the Charcoal Burners. Use speech persuasion to convince Jakub to give you the information, he should only have a value of 2.

Here you have two options. Jabuk mentioned that Ginger was friends with the Charcoal Burners, and that there were some to the south of the farm, but that Ginger usually headed north towards Uzhitz.

You can either head south to your map marker or along the main road that runs northwest towards Talmberg and Uzhitz.

If you choose to follow your marker, talk to the Charcoal Burner Spokesman. He’ll point you in the direction of the second group of Charcoal Burners after some persuasion.

If you choose to go straight to the second group, follow the road all the way to the river. Once you get there, there’ll be another camp of Charcoal Burners there.

Speak to the Charcoal Burner Spokesman here. After some more persuasion, he’ll tell you that Ginger was friends with a pair of twins that work with a third and final group of Charcoal Burners.

To find this group, follow the road next to the river westwards until you come to the bridge. There is a river crossing close to the second band of Charcoal Burners, but this isn’t where you need to go, keep heading west. Your destination is on the far left of the highlighted area on the map.

While you’re heading towards the third group of Charcoal Burners, you might come across two “Suspicious Men-at-arms” walking through the forest. Speak to them and they’ll ask you about Ginger - but don’t let on that you’re looking for him too.

These men are bandits hunting Ginger down so - depending on how you’re roleplaying - it’s a good idea to attack and take them down while they’re unprepared. They’ll drop some decent armour that you can sell for cash too. If you don’t run into them, it’s not a problem, just head to the Charcoal Burners.

When you reach their camp, speak to the final Charcoal Burner Spokesman and ask him about Ginger. After another persuasion check, he’ll agree to tell you where Ginger is if you deal with the bandits that are hunting him.

If you’ve not killed them already, agree. Their camp is to the southeast of where you are now. To get there, head back across the river and take a left at the fork, then go left again at the second fork. Follow the road by the river until you see a path to your right that goes up the hill. This leads to the bandits’ camp.

Since you want to catch them by surprise, it’s a good idea to get off of your horse and sneak through the forest to a good vantage point.

The bandits will be sitting down, so attack them with arrows if you’re a good shot. Otherwise, rush in and hit them with heavy attacks before they can react. Target the bandit with a helmet first, because he’s more heavily armoured, so will be a tougher fight if you’re not quick enough.

Once they’re dealt with, return to the third Charcoal Burner Spokesman and he’ll tell you how to find Ginger. He’s hiding in a hut located to the northeast of the Charcoal Burner camp.

Follow your map marker there and speak to Ginger.

Tell him that everything’s okay and the bandits are gone, then ask what happened. He’ll tell you about a man with a limp in Uzhitz.

If you’re feeling charitable, you can agree to smooth things over for him back at the farm.

You do this by speaking to Zora again and making an arrangement with her to supply extra guard patrols to the farm.

Once that’s done, report your progress to Captain Bernard. He’ll tell you to update Sir Radzig, who’s travelled to the farm and waiting in the other courtyard.

He’ll give you the next quest in the series, “Mysterious Ways”, along with a handsome some of 75 Groschen.