People have started to take a real interest in Ghost of Tsushima fashion trends, and have taken to online forums in order to share their favourite outfits.

Jin Sakai is a pretty fashionable guy. Although he often infiltrates Khotun Khan's war camps, he also takes his time collecting loads of flowers so he can swap them for a straw hat. Sometimes he even wears his good pal Ryuzo's broken one, which is stylish in the same way ripped jeans are. Grungy, even. The "I pretend I don't care but actually this is a meticulously put-together outfit" look.

Anyway, people over at ResetEra have been sharing details about their favourite ensembles. The most impressive one I've seen so far was posted by someone called Bit_Reactor, which you can check out below. 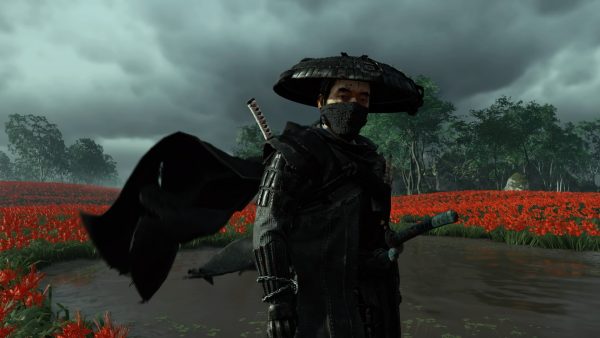 Look at that! He's got a cape and everything. I wonder if it makes him extra airborne while he's slinging himself across gnarly precipices using his now-necessary-for-all-games grappling hook.

I also quite like this one from ResetEra user MasterShotgun. It's a particularly well-staged shot, and the colour motifs do a lot of the heavy lifting in making it aesthetically pleasing, but it's also cool that they juxtaposed a quiet, refined gown with a literal wolf mask. Imagine seeing Jin standing in front of you, facing the other way. Lovely gown you've got the- oh shit he's got wolf teeth! Excellent. 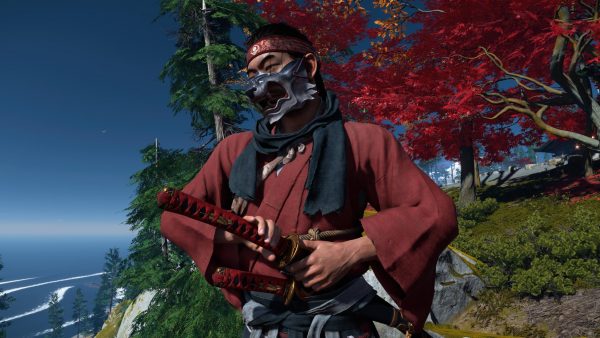 As with most things in life, though, there can only be one winner, and that winner is ResetEra user PlanetSmasher, who has been helping their roommate to cultivate a thriving Ghost of Tsushima fashion scene. 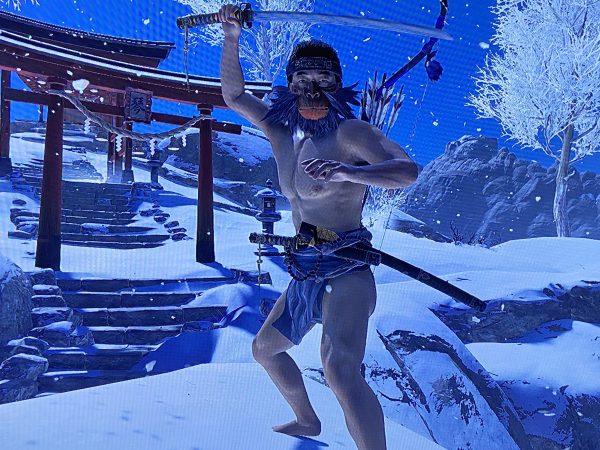 It's not very practical - I can imagine carrying a katana around in your underwear presents quite a tangible risk of hurting yourself in a major way - but it's definitely memorable. And if you're going to go down as a local legend, memorable is exactly what you need to be going for.

In somewhat related news, I am convinced that the Ghost of Tsushima horse is Roach's brother. If you're curious about that and want to see for yourself, be sure to check out our Ghost of Tsushima review first.