Forza Horizon 4's best set of missions pay tribute to the great racing games of the past. Here are the games it pays tribute to, and the times/scores you'll need to get three stars.

Forza Horizon 4 - which is extremely good, by the way - replaces Bucket List items with story mission sets that focus on themed events.

The LaRacer @ Horizon story missions involve helping a streamer capture footage for a top ten best car experiences in games list. Each of the ten missions pays tribute to a classic racing game series that has been inactive for a while (although number one cops out a bit and highlights a car over a specific game).

You unlock LaRacer @ Horizon simply by hitting level 40. This will happen naturally as you play, and shouldn't take longer than about 15 hours for most players. The map location that these missions start from is right outside the Horizon Festival site, which is nice and convenient.

When you start each mission, you're only given the goal required to score one star out of a possible three. You'll gain 2500 fans per star, and earning three stars on each event will unlock various perks and prizes (as with everything in Horizon 4 these missions have their own separate leveling system), so it's worth going in goal-orientated. Here are each of the missions, which games they're paying tribute to, and how to succeed at them. 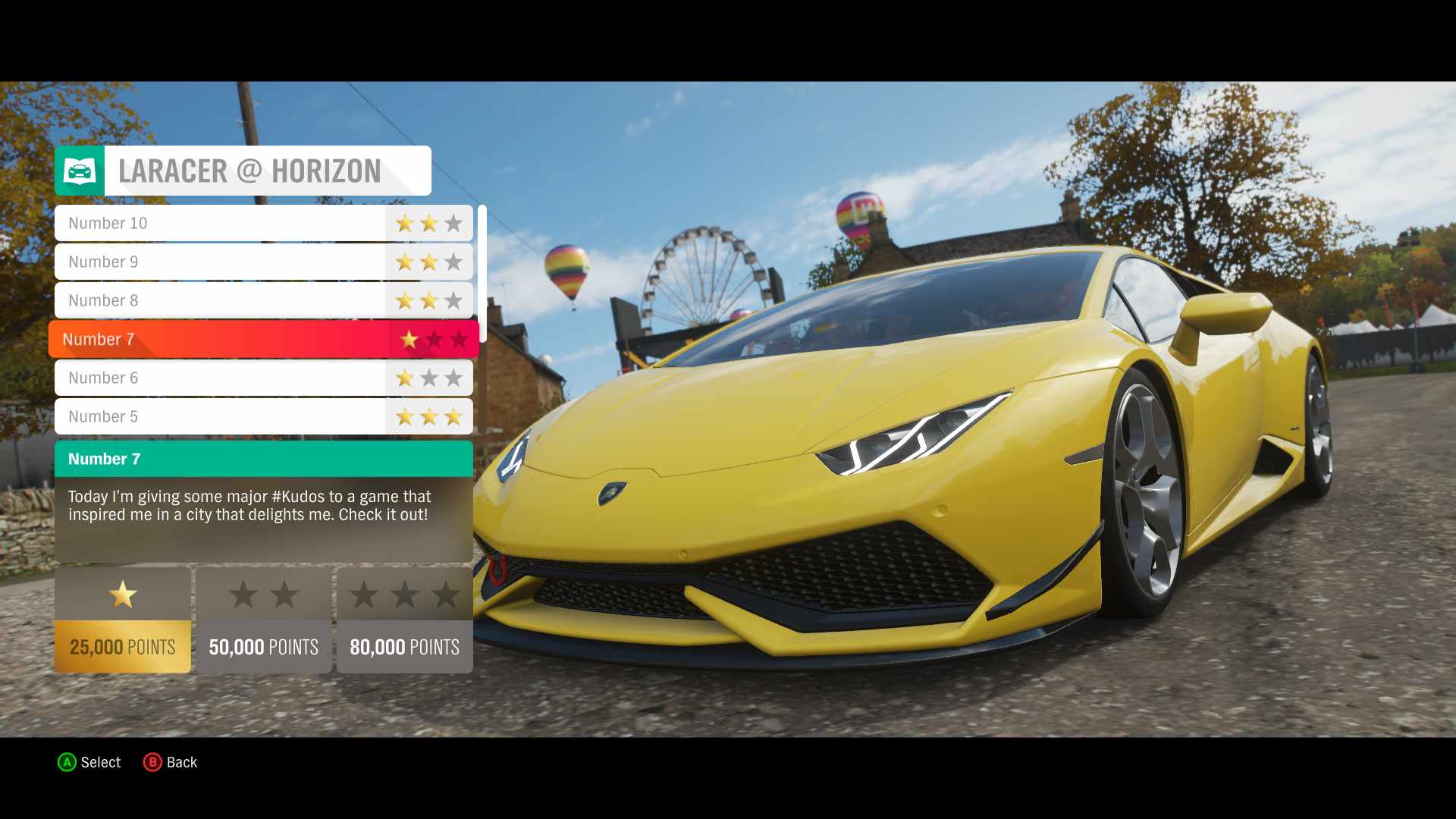 The best method to getting three stars in this lovely Out Run tribute mission is to do something you would never do in Out Run - veer off-road. There are no restrictions on where you can drive, so barreling right towards the end goal is an effective technique. There will be a lot of forests and skiddy grass on the way, so make liberal use of the rewind. Maybe queue up 'Magical Sound Shower' on YouTube for that extra Out Run boost.

While you'll likely naturally follow the flares across the map for this one, what the game doesn’t tell you is that you can - and should - totally ignore the ‘checkpoints’ ahead of you. You don't actually need to drive through them, you just need to reach your destination. At the very start of the mission, take the road ahead and to the right, ignoring the suggested driving line entirely - you can comfortably finish this in under 50 seconds by just barreling right at the end goal. Check your map on the pause screen if you want to orientate yourself. It's not in the Smuggler's Run spirit, perhaps, but hey.

The Countach takes a while to get up to 209, let alone 241, and you don't get a particularly long run up on this. Just drive carefully, don't overplay the brakes, and rewind if anything goes wrong. There's not really a singular trick to this one, you just need to drive well. It's a tricky one, so good luck.

It's lovely to see this tribute to Project Gotham Racing in Forza Horizon 4 - LaRacer recalls playing the game with her dad as a kid, and says that she's always wanted to see a revival. Same, LaRacer.

Unfortunately, this is one of the less enjoyable missions. It opens with a 12km trip to Edinburgh, and once you get there you're tasked with a fairly high skill point score to aim for. There are quite a few things to smash through - one of the best ways to build up points - and corners to slide around, which is handy. There's a park in the middle of town with lots of benches and fences to smash apart, and knocking over bins nets a handy 1000 point 'garbageman' bonus.

But you need to be exceptionally careful as you chain abilities, as there are other cars, tram stops, and buildings galore that you can smack into during an ill-advised high-speed e-brake turn, ruining your streak. If you restart the mission from the pause screen it won't make you race to Edinburgh again, but a lot of the destruction will remain, and you can't break an already broken fence. Basically: be careful as you slide around the streets, destroy as much as you can, and if you never played Project Gotham you really missed out. 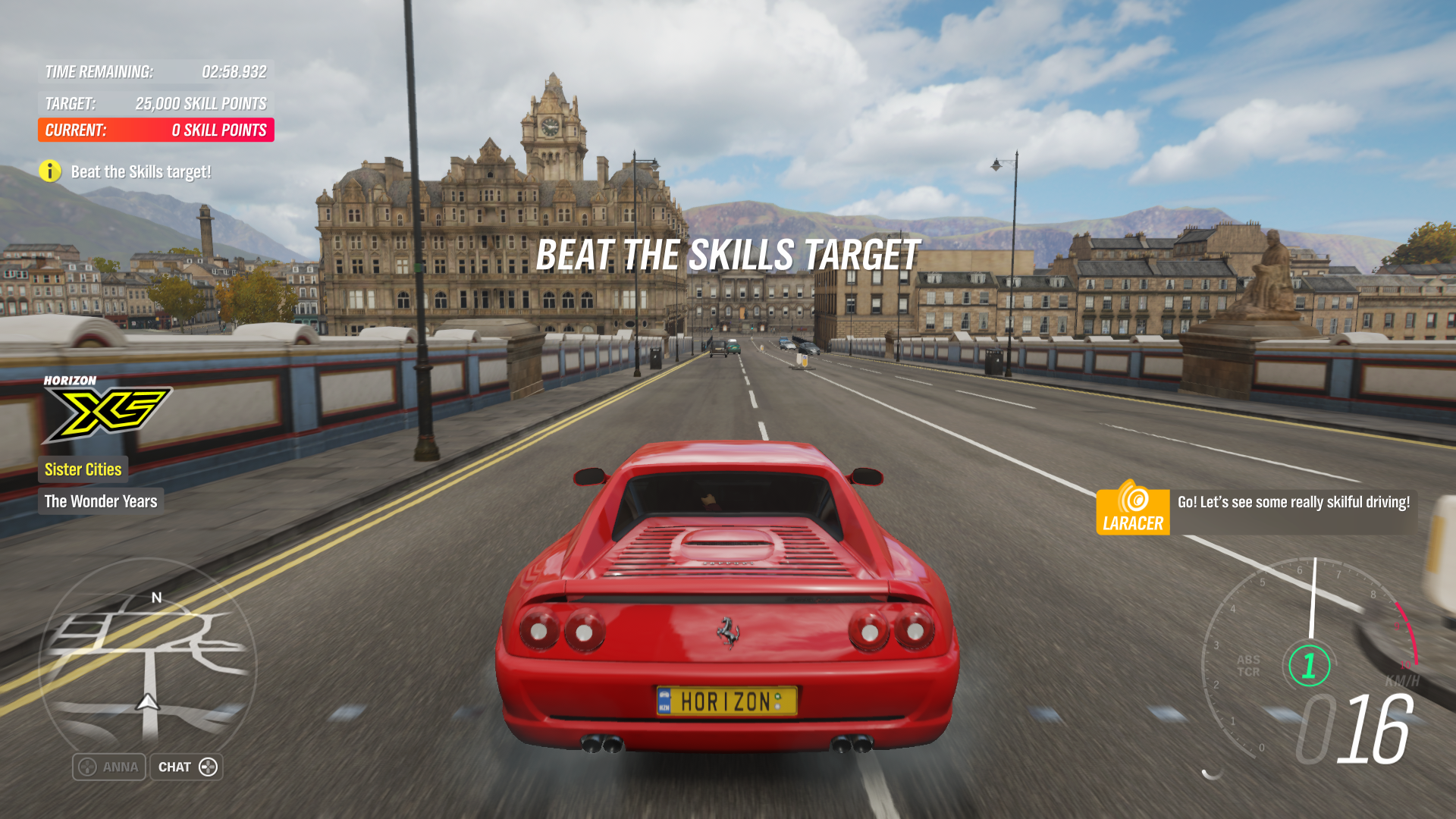 For this - and any mission that asks you to stick to bitumen or dirt roads - keep in mind that the game does not cumulatively punish you for the time you spend off the road, it just fails you if you spend more than 10 seconds at a time off the road you're meant to be on. For this race, you might want to occasionally cut a corner by going off-road, but for the most part you'll want to follow the racing line to maintain speed.

It's been a while since we've made some ca-rrrrazy money, so it's nice to have a little Crazy Taxi tribute here. It's extremely easy - there's a 1.3km lead up with just one light turn into the jump, and a long straight leading up to it. Going 226kph sent me soaring 235 metres. Enjoy this gimme, and maybe crank some Offspring while you're doing it.

LaRacer really commits to the theme on this one, acting as co-driver and telling you about every corner coming up (that opening hard right is a doozy). Once again, the ten second rule will save you here, letting you cut corners as appropriate. The second half of this track gets tricky, with narrow dirt roads that you'll need to absolutely thunder down. Try to avoid the few puddles you'll encounter if you can. 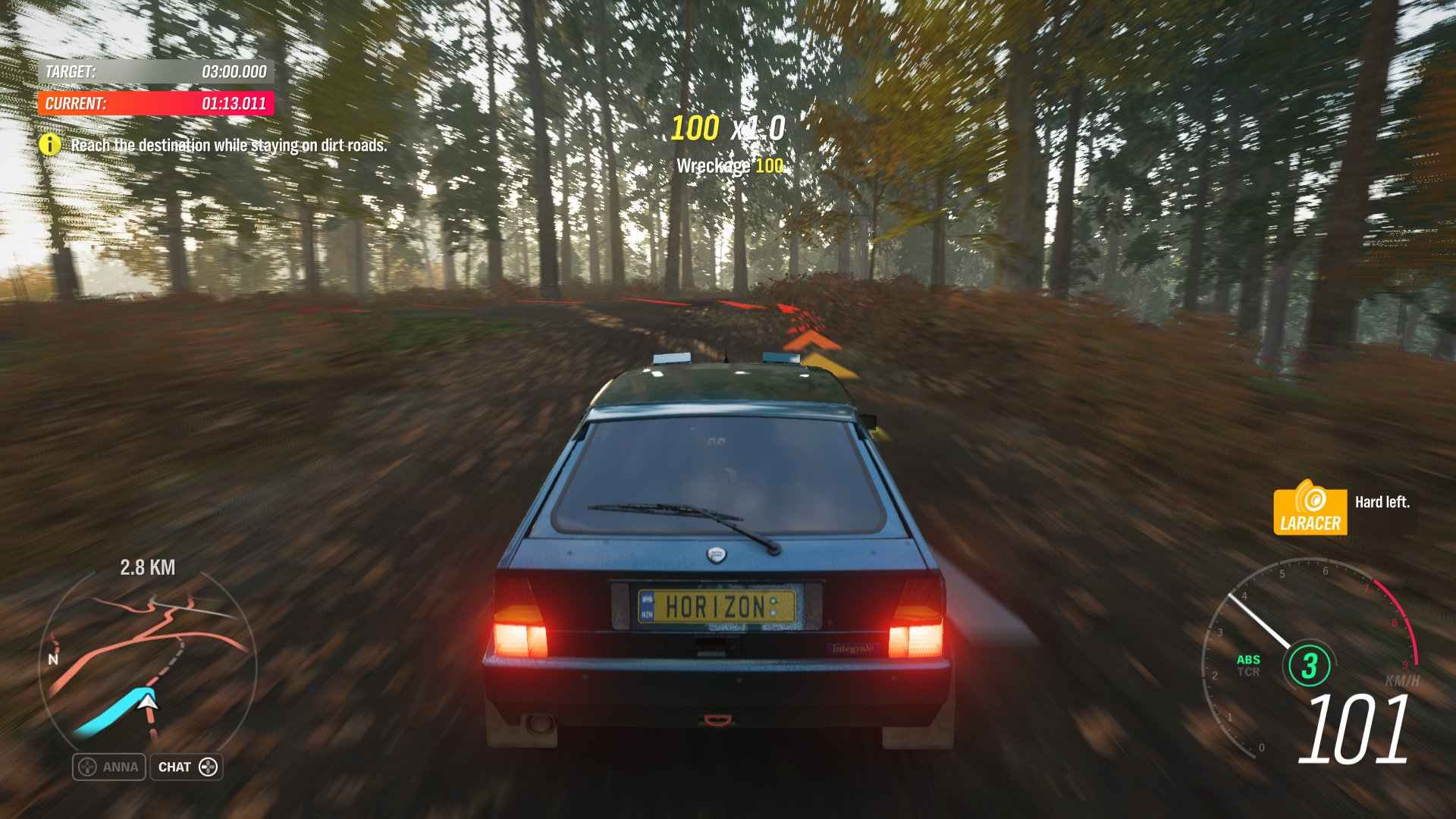 This one's pretty easy and a load of fun. After the initial time trial race to the quarry - which you should be able to make comfortably - you're in an abandoned quarry, racking up skill points. There are plenty of jumps here to get air from, but avoid the overwhelming temptation to immediately hurl your truck off the cliff immediately to your right when you start - good chance you'll flip and land poorly. Stick to the many smaller hills and jumps, smashing through the fences scattered around, and enjoy drifting and doing burnouts in the open spaces down there.

Once again, ten seconds off the asphalt road is forever when you're travelling at this speed, so feel free to cut corners. The NSX-R is much faster on the roads, of course, so mostly you'll want to stick to the suggested driving line and just race well. Also remember that this car isn't going to slide sideways quite as comfortably as it would have in Ridge Racer.

Look, putting the Porsche 911 in the top spot because it's been in more games than any other car, when there's no tribute to actual-best-racing-game Burnout 3, is a shame. But still, this is a fun challenge - a windy 6km journey to a speed trap, although I suspect that your performance in the last 1.5km-or-so is the most important. It's very hard to gain incline at the last moment because there's a sudden incline, so don't rely on a last-second boost if you're lagging in the run-up - hit that rewind and try again. 225kmph is a tricky goal - it takes the car an age to reach that speed, and you essentially need to hit it before that incline - so make sure you take that last tricky corner as fast as possible and don't slow down afterwards.