Fortnite's next update won't arrive until tomorrow as originally planned.

The update bringing Fortnite to v2.5.0, which adds Valentine’s Day skins and bow to Save the World, won't be released until tomorrow, February 15.

One of the changes coming with the update was a reset for Seasonal Gold. A reset would have caused players to lose leftover gold, so the Fortnite team wanted to avoid such things so it has converted Seasonal Gold to Firecracker Tickets.

Previously, players were informed gold would reset today when the update was applied. Because of this, players spent their collected gold otherwise it would have been lost. But, the reset didn't happen today after all due to the patch being delayed by one day.

"Our initial plan was to reset Seasonal Gold in v2.5.0 which may have caused you to lose leftover gold," said Epic on the Fortnite reddit. "To try and avoid that we adjusted to convert the leftover gold to Firecracker Tickets.

"Due to the delay in the build, there is nothing in the event store and Storm Llamas have disappeared. We did a poor job communicating this and did not create a good experience for you. Future gold resets will be on specific dates."

A random Blue Schematic, with no limit on number, will also be added to the store. This will allow players to spend any leftover gold they've been hoarding. 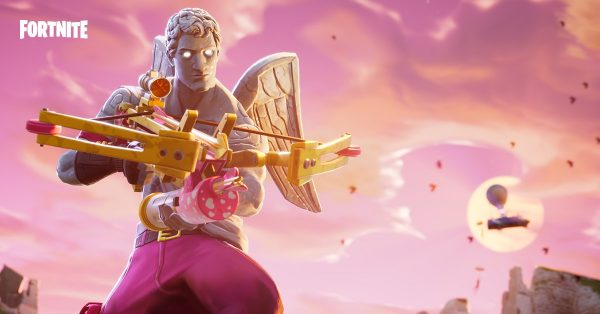 Current Seasonal Gold to Firecracker Tickets conversion rates are below:

When released, Fortnite update 2.5.0 will add a special Valentine’s questline, A Love Story, to Save the World. It will also feature Valentine’s-themed Heroes along with the Cupid Crossbow. The latter appears to have been released today, though.

A new reactive quest type, and opt-in difficulty increase for greater challenge and rewards will also be included.