There are some extra challenges for you to complete as part of the Downtown Drop LTM this week, so let's take a look at what you need to do.

The John Wick event is over and now there's a Fortnite x Jordan crossover to contend with. By completing challenges during the Downtown Drop LTM, you'll get some skateboard backblings and sprays as a reward.

Once you've completed one challenge, you'll get the skateboard backbling and if you manage to complete 13 challenges, you'll unlock a new style for it. You'll also unlock new styles along the way by completing specific challenges. 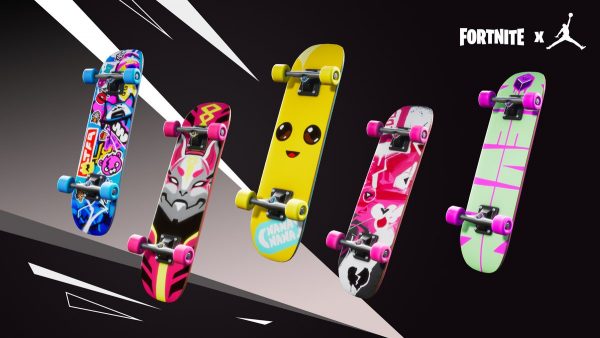 These are all the challenges we know how to solve so far, so we'll update this list as more challenges unlock. The whole LTM is on a slope and you'll be sliding around a lot, so don't worry if you miss things the first time around.

This challenge is easier to complete with a friend or two. Simply run over a tile to change its colour.

Find the Pizza Pit and Durr Burger vans near the bottom of the second hill and dance between them for this challenge.

Once you're down the slide, keep to the left then go down the alley. Go around the corner and head down the next alley until you reach the next corner and go left again. You'll see a wonky fence down the alley which you need to destroy to find Jonesy near some pipes.

You'll find a shoe next to Jonesy and to the left of the starting area. Coins can be found all over the map and basketballs are often found at the end of a line of coins.

The entrance to the sewers is between the two flaming hoops at the end of the slope. It's a hole in the ground on a patch of purple road, so you can't miss it.

These letters will appear one at a time, so you need to find them in order. You can find them:

Jonesy is in the basketball court, near the hoops. You'll also find him on a rooftop near the burger vans - use one of the purple tiles to boost yourself up. He's also hiding in the back of a small pick up truck down an alleyway with a basketball hoop at the entrance.

Simply slide at speed by two of the speed traps on the way down. 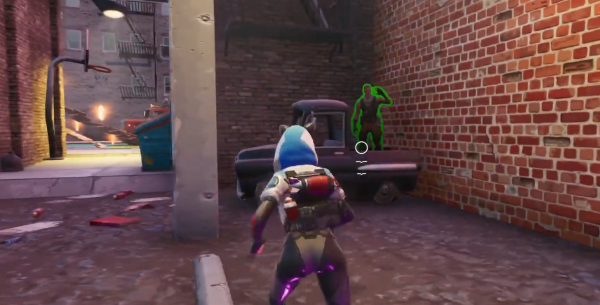 Pull of a Trickjump on the crane, train or fence

Jump through all the flaming hoops to complete this challenge.

Look for the two massive holes in the wall in the first and third section of the map.

Simply use an emote at the basketball court.

Vandalise an ice cream truck for this challenge.