For Honor's downward spiral seems to be in full effect. 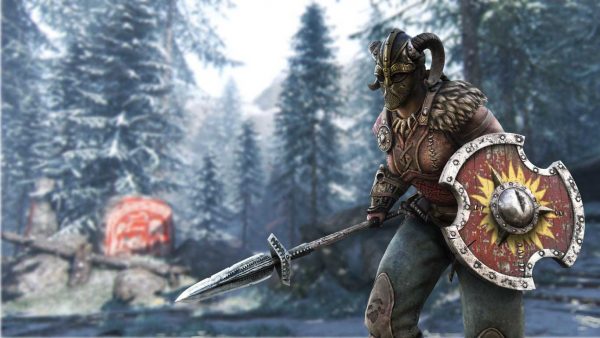 Despite For Honor only recently getting its first piece of DLC, the game looks to have sadly reached a very critical point with regards to its player numbers.

For Honor has lost 95% of its players on Steam since it released in February. The start of this decline in player numbers could be traced all the way back to launch, when it lost over half of its player base in the first two weeks alone.

Some of this could be attributed to the numerous connection and server issues that plagued it in the first few weeks. The reality is that even when you take these problems into account, For Honot was a unique case of a game that appeared more shallow than it is, which gave players the wrong idea of what type of game it was.

As reported by GitHyp, the signs may have been there since the early days. 36% of For Honor's players disappeared in the transition from open beta to launch. Some drop is to be expected, given the free nature of a beta vs the commitment of $60 for the full game, but it was still significant.

For Honor's best concurrent player record was achieved at launch with 45,000 players. At the time of writing, the game's 24 hour peak stands at 2,833 players. Shadows and Might DLC gave the numbers a boost from 2,200 to 4,700, but things quickly turned back to pre-DLC numbers.

This drop is not at all dissimilar to the one The Division faced on Steam, though that game fared better in that regard. It's also worth noting that these numbers only represent players who bought the game on Steam. For Honor, as with any Ubisoft game, can be bought directly from Uplay or other online stores, which only supply Uplay keys.

For this reason, the numbers in game (which Ubisoft doesn't expose anymore) may be equal or slightly higher than Steam's. The observation stands, though: a loss like this is never good for any game.