The Elder Scrolls Online will be wrapping up its year-long event, Dark Heart of Skyrim, with new DLC that's due to land in the game in November.

In a livestream, Bethesda announced that the new DLC – simply named Markarth – will go live in the game's public test server tomorrow (September 21) and arrive on all platforms in a few months.

Following its rollout in the PTS, Markarth will release on PC and Mac on November 2, and then on PS4 and Xbox One on November 10.

"Players can begin the Markarth Prologue questline right now completely free!" Bethesda says in a post. "These quests will take players on an adventure that leads directly into the main storyline of the Markarth DLC and the conclusion to the year-long story.

"To jump in, simply visit the in-game Crown Store and pick up the quest starter. Anyone who owns the ESO base-game can experience this new adventure for free."

If you have an ESO Plus membership, you'll be able to play through the whole expansion at no additional cost. Alternatively, the DLC can be bought in the in-game Crown Store. 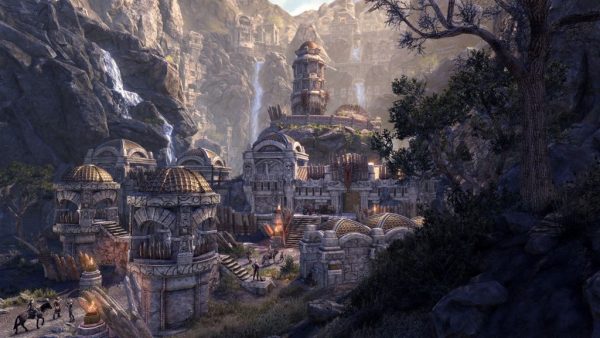 As well as the incoming content, The Lost Treasures of Skyrim event was announced. Three tiers of collectible rewards (including new cosmetics, a pet, a new house, and houseguests) can be earned by using the Antiquities system to find treasures. The more the community finds, the greater the rewards will be!

Bethesda also announced more upcoming events for the MMO. These include: