Following on from the Sinnerman and There is a Light that Never Goes Out quests, your next interaction with Joshua Stephenson is his big day: Cyberpunk 2077's They Won't Go When I Go quest.

With some time passed or other quests completed, Rachel from the BD studio will ring your phone to speak to you about Joshua. Turns out he's not sitting totally pretty with his choices and wants you there for moral support.

When you're ready, pole up outside Fourth Wall BD studios and you’ll find it beset by protestors. 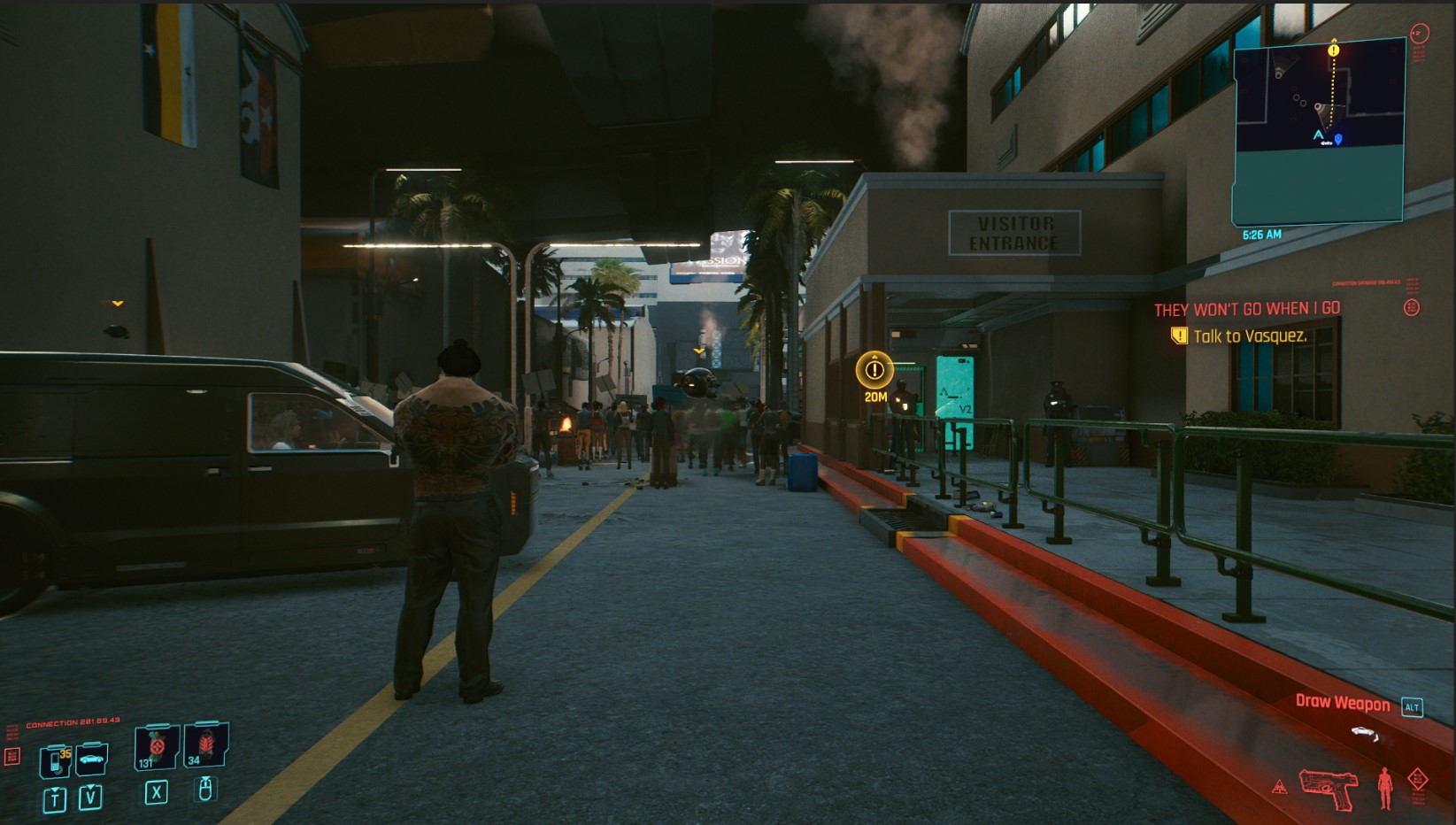 Over on the right, speak to Vasquez on the and he'll let you make your way into the studio. 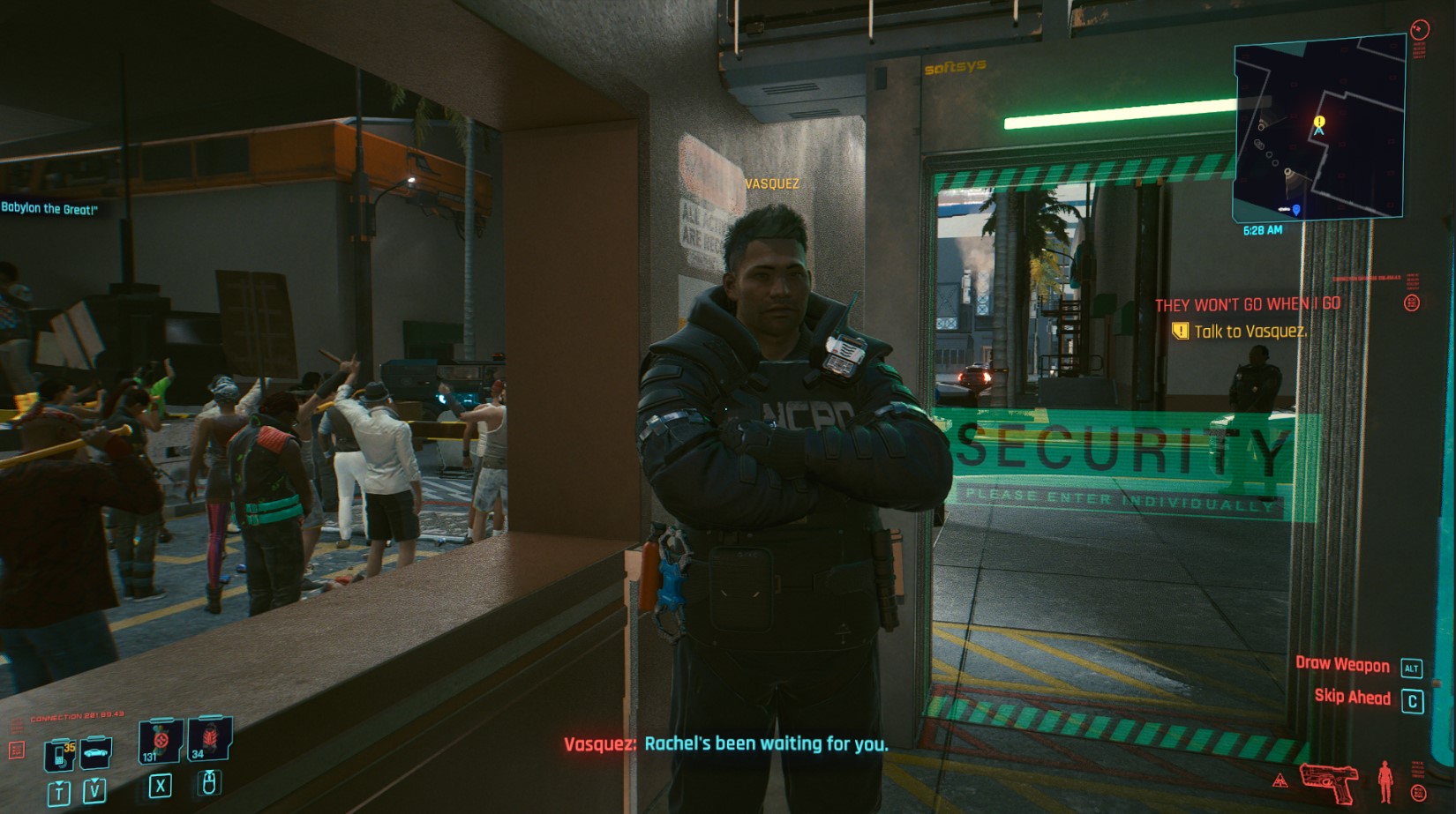 Walk down the movie lot to Fourth Wall Studios and take a look at the poster for Joshua’s BD overhead. Talk to the officer out front, then head inside. 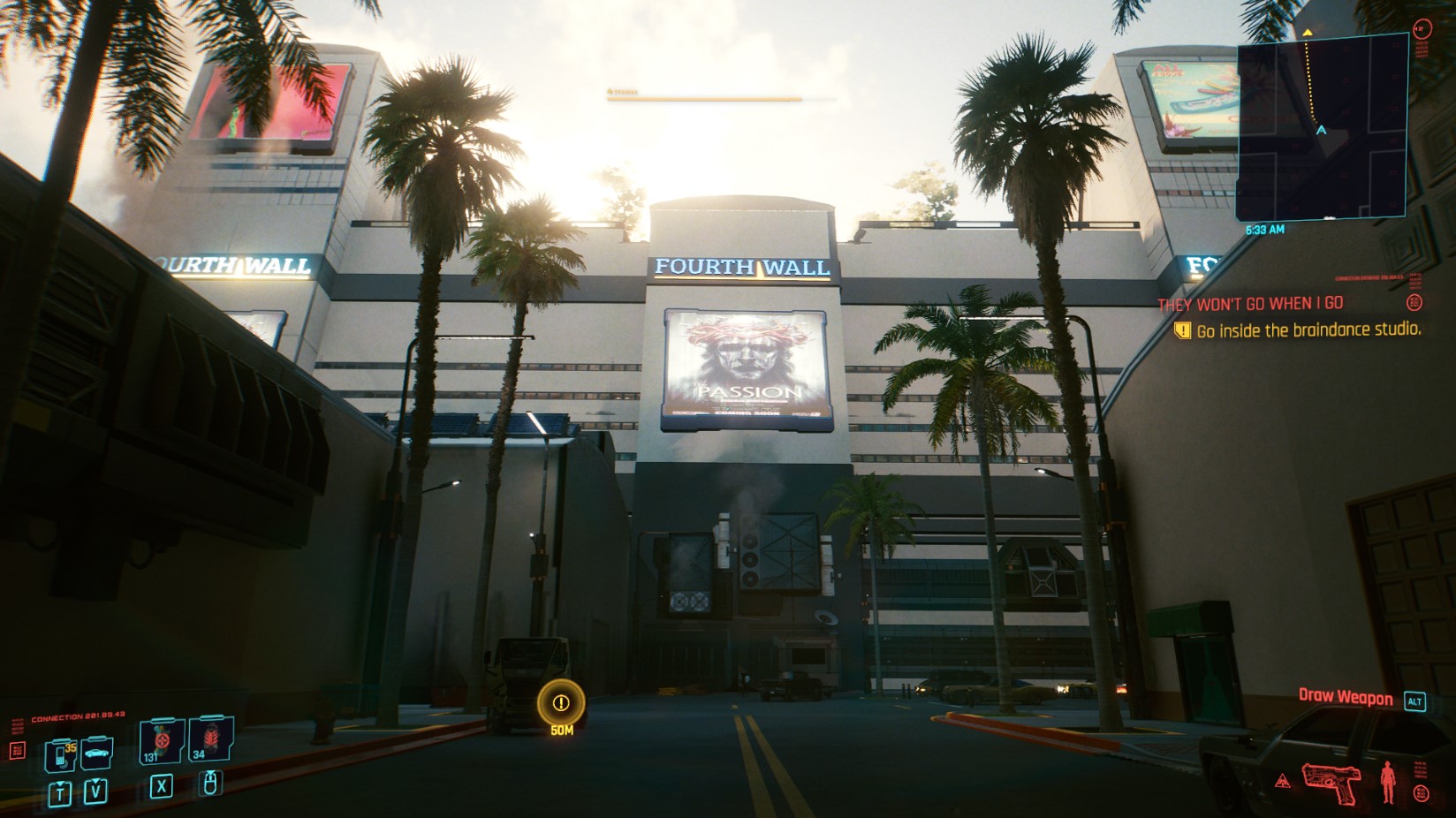 After a quick dressing down from Rachel, you get your chance to speak to Joshua in his dressing room.

This is your final chance to stick to your convictions and push Joshua towards, or away from, going ahead with the crucifixion BD.

I've played this quest line through multiple times, and in all my research, it doesn't seem possible to turn Joshua away from going through with the Crucifixion. 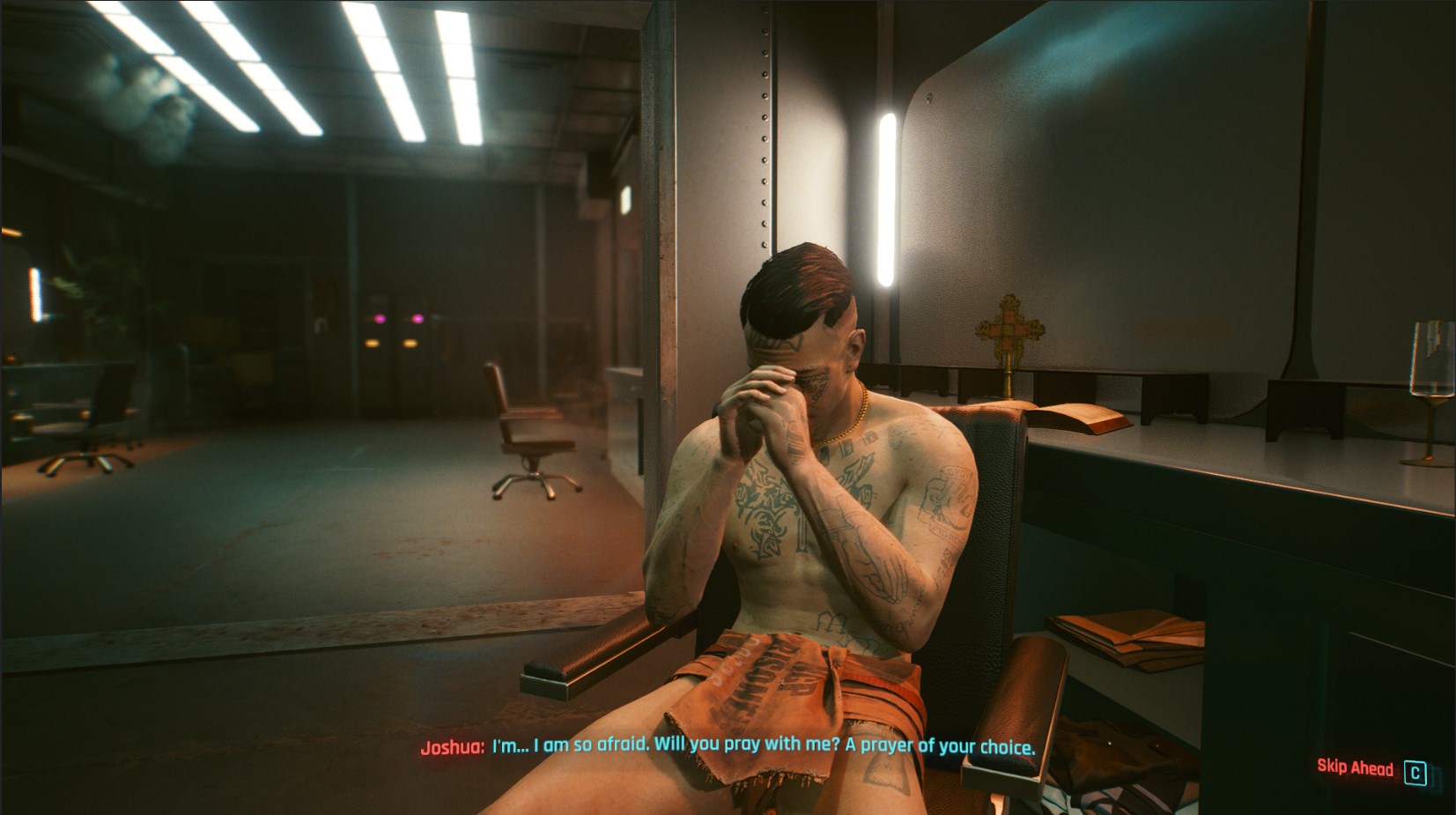 You can sit and with him if you want, but whatever your choices in the conversation you have the following options:

In all of these scenarios, you get your fee in a later phone call with Rachel.

Again, it doesn't seem possible to influence the outcome once you reach this part of the quest. So you should go with what feels right to you, or the scene you want to see.

When all's said and done, talk to Rachel by the cameras. Reflect on what's happened briefly, then leave the way you came in.

For more on Cyberpunk 2077, check out our list of some of the game's best weapons.

Or if it's story help you're after, here's how to get the best ending!