“I terribly want to tell you about Cyberpunk, but today is not the time. Not today.” These are the first words CD Projekt Red president Adam Kiciński said about Cyberpunk 2077 in the company’s recent financial conference, right before he goes on to say more.

During the conference, the crowd just kept pushing him on the anticipated upcoming RPG, until he was forced to spill the beans, even if they were white kidney beans - the vaguest of all the beans in beanland.

When asked if Cyberpunk 2077 would be shown at E3, Kiciński replied, “I can’t announce the announcement. We will announce [our E3 plans] just before.”

The most interesting answer came when he was asked if Cyberpunk 2077 will be a cross-generational game, releasing on next-gen and current-gen consoles. 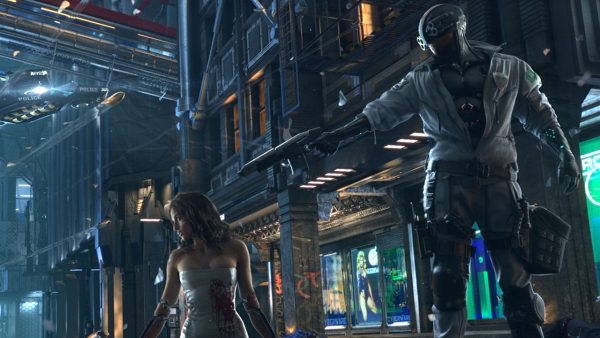 “Next gen hasn’t been announced yet, so we can only speculate,” Kiciński answered. “Technology-wise, Cyberpunk is very advanced. Our technology is ready to interface with future generations.

“The game is developed in such a way that it can use very powerful future equipment, but I can not tell you more beyond that today, as no future generation of consoles have been announced so far.”

Kiciński also said the game would be similar to The Witcher 3 in how it offers a massive single-player RPG with no microtransactions or hidden costs. Obviously the futuristic setting will be different, and there’s the fact you can create your own avatar. Does that mean there’s multiplayer?

“As to further extension of the game, I don’t like to comment on that, but I won’t say that’s [it won’t have multiplayer] - we said in the past we want our future projects to integrate online components,” Kiciński explained. “We’re considering anything and everything.”

You can watch the conference in full below:

Want to know more about the next gen? Here’s everything we know about the PS5.