It was recently confirmed that there is usually at least one path in Cyberpunk 2077 quests that does not require the use of lethal violence.

The news comes from a recent interview published by Polish website Spider's Web. The interview featured Cyberpunk 2077 lead quest designer Pawel Sasko, and shed light on a range of new details about CD Projekt Red's upcoming blockbuster - including the fact that players can finish Cyberpunk 2077 without completing the main quest.

"All the most important choices in the game, all bosses and elite opponents - there is always a way to go without killing anyone," said Sasko.

"Sometimes aggression and fighting with an opponent is something that can not be avoided," added Sasko. "It is not that you have to take someone's legs, arms, but it is also not so that you can completely avoid the fight - but you are able to fight in such a way that you only neutralize your opponents and thus pass the game."

From the sound of it, it seems as if Cyberpunk 2077 will offer a Dishonored-style mode of progression to players who are interested in pursuing a pacifist approach to the game. For those unacquainted with Arkane's immersive sim, Dishonored allowed you to use sleep darts and non-lethal takedowns to bypass areas patrolled by huge waves of enemies, as opposed to having to rely on your knife every 10 seconds.

What makes this particularly interesting is the fact that Cyberpunk 2077 features intriguing systems like the Braindance, which could potentially play a part in successfully executing non-violent runs. 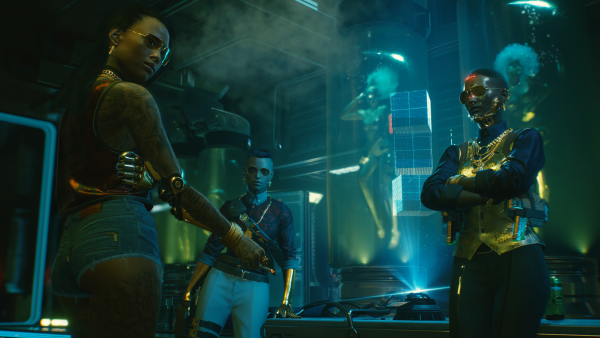 If you're hungry for more Cyberpunk 2077, check out our interview with CD Projekt Red. Aside from that, be sure to check out our hands-on impressions after having spent four hours with the game.

Cyberpunk 2077 is scheduled to launch on November 19 for PS4, Xbox One, PC, and Google Stadia.