Call of Duty Black Ops: Declassified is a second chance for Sony to show that Vita can support epic shooters. Alarm bells are already ringing in the ears of VG247's Dave Cook.

Now, I reviewed Resistance: Burning Skies when it launched, and I wasn't kind. Ever since Sony and Nihilistic started banging on about how it would be the game to prove that PS Vita can do shooters too, I didn't buy it one bit.

Resistance: Burning Skies felt like a last-gen mess of murky environments, bland narrative and dross gameplay. It stank the place out, but it did get a few key things correct that gave the world hope.

Many of the touch features have been ferried directly into Call of Duty Black Ops: Declassified. More on that later.

But this is a Call of Duty game, and anything but the slickest of gameplay will cut it with fans. Any let up in performance or fluidity, and gamers simply won't stand for it. Again, the Burning Skies comparison has me worried. 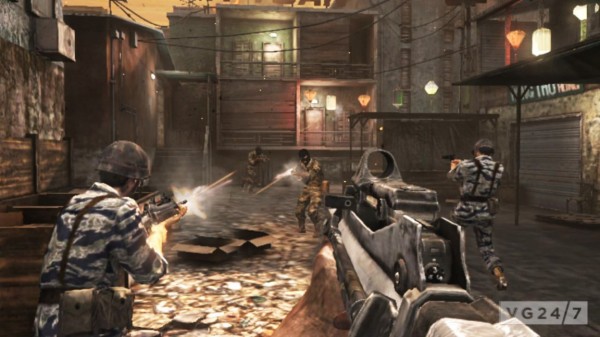 Activision's Ryan Scott was on-hand at gamescom to share what makes Declassified a pure Call of Duty experience. The plot, he says follows Mason, Hudson and Woods directly after the events of Black Ops, and across the years leading up to Black Ops 2.

The single-player campaign is made up of short covert missions that can be played in story mode, time trial or survival - which is just perfect for gamers on the go.

But multiplayer was the big question mark hanging in the air in Cologne today, and Scott was more than happy to share what little facts his superiors allowed him to - which wasn't all that much.

He did tell us that multiplayer will ape the original Black Ops, with create-a-class, XP rewards, gear unlocks and, of course, the option to Prestige. Vita players can even share class load-outs over Near if they feel like giving struggling friends a leg-up.

Multiplayer is 4v4 over WiFi only, which really scales back on home console Call of Duty play. No ground war, just small skirmishes in enclosed environments. 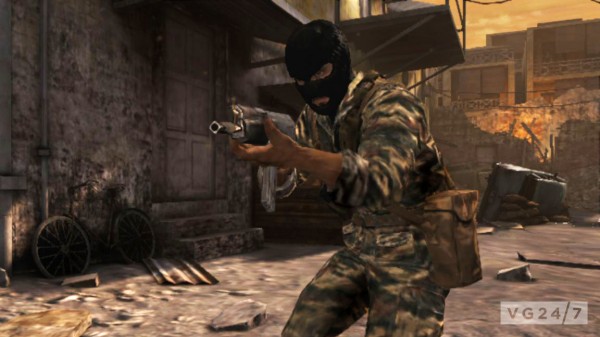 Revealed modes were standard fare, including team deathmatch, Kill Confirmed and Free-for-all. Dropzone wasn't mentioned, but eagled-eyed members of the audience spotted it on the menus while Scott and his team weren't looking.

So then multiplayer gameplay began, starting with a new map called Shattered - which looks like it could just be a cross section of Black Ops map Cracked. Even the names are similar.

In short, the map looked just like most Call of Duty maps with none of Treyarch's imagination or playfulness. Dusty streets, familiar textures and other assets that felt as if they had just been copied and pasted from Black Ops wholesale left a bad impression.

Another gaffe from the team led to a second map appearing on the menus, dubbed simply 'Rocket'. It looked similar to the Black Ops map Launch if the menu art was anything to go by.

From the Black Ops: Declassified trailer, elements of Black Ops DLC map Discovery - with its Arctic bases and rusting corrosion was seen, suggesting that this is in real danger of being a proper hatchet job from Nihilistic, just as Burning Skies was.

The game's debut trailer also suggests that visually, Declassified may fall short, dropping closer in line with an iOS shooter than a full blown console release. Seeing it in action however, it's not that bad.

It was surprisingly slick, so at least many of the Call of Duty hallmarks are being adhered to. But perhaps a little too closely. 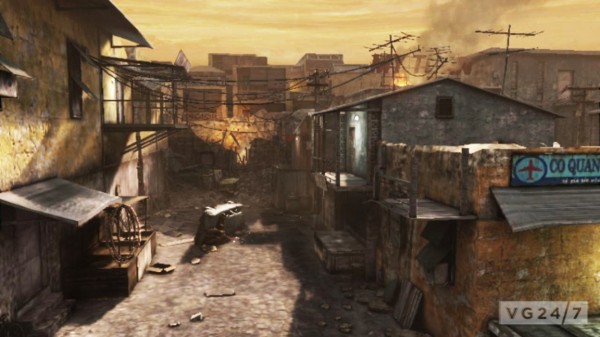 Everything - from HUD markers, to menus, from the rousing music and general aesthetic, felt like the original Black Ops. That's fine if you're a fan, but no one wants to play a lesser version of a product that already exists.

The one key difference is touch. Down the left hand side of the HUD you'll see icons for your tactical devices - smoke grenades, flashabngs - and lethals, such as grenades.

To use them you simply have to drag the icon onto the play area and release to throw. The ability to shoot in one direction and lob grenades in another was exclaimed proudly by Scott, as the players threw their grenades clumsily into walls and all the wrong places. It was a faceplam moment.

Already, Call of Duty Black Ops: Declassified sends worrying messages about quality, content and the true ability of Vita as a shooter platform.

In Resistance: Burning Skies, Nihilistic could at least profess that the game was a proof of concept, a way of showing that, at core level, FPS games on handhelds can exist comfortably.

This is the studio's second chance. There may not be a third unless real changes and bespoke features start emerging from the creaking bones of what already looks like a lazy rehash.

Black Ops: Declassified may sell on name alone when it launches, but if this is what the end product looks like come November, it'll be a disservice to Call of Duty.