Anthem will see plenty of updates post-launch, starting with Echoes of Reality in March.

Bioware has posted a look at the current update schedule for Anthem, which will come in the form of acts.

These acts will work similar to seasons, and each will advance the storylines with new locations, features, character interactions, quality-of-life fixes, and more.

Act 1: Echoes of Reality begins in March, and will culminate in a Cataclysm. You were given a taste of this yesterday with the latest gameplay video. This limited-time event comes with "extreme" weather, new enemies, and new mysteries.

If you missed the video yesterday, here's Arekzz with a breakdown of what to expect.

Bioware promises the game will continue to grow, and you can expect to encounter plenty of "new characters, missions, and stories" in the future.

Anthem is out February 22 for PC, PS4, and Xbox One – depending on which edition you ordered and other factors.

The current update schedule is posted below, with Act 2 and 3 still to be announced. 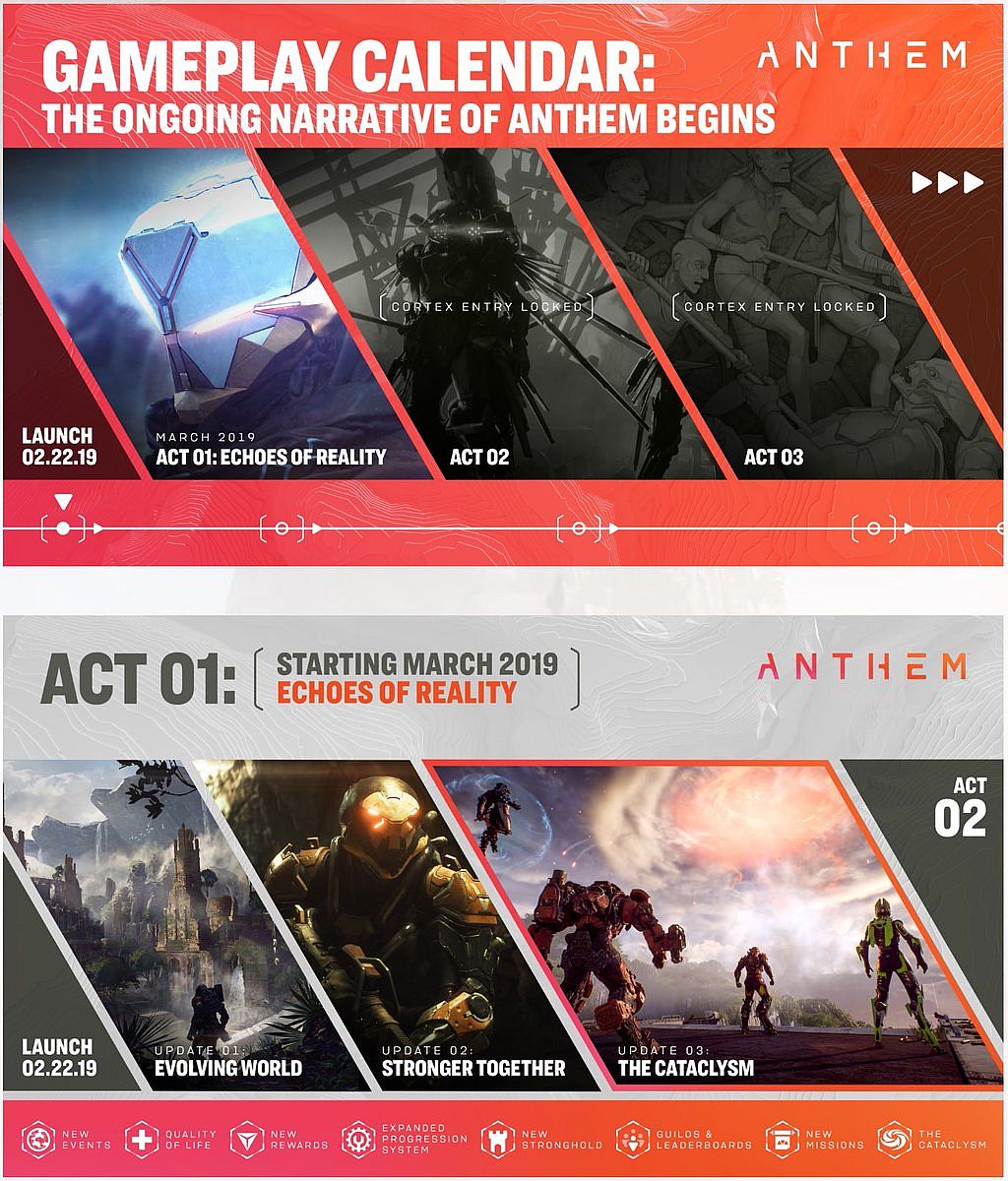