Amazon has made its exclusive Battlefield 1 Collector's Edition available for preorder, but if you want the game itself you're going to have to pay extra. 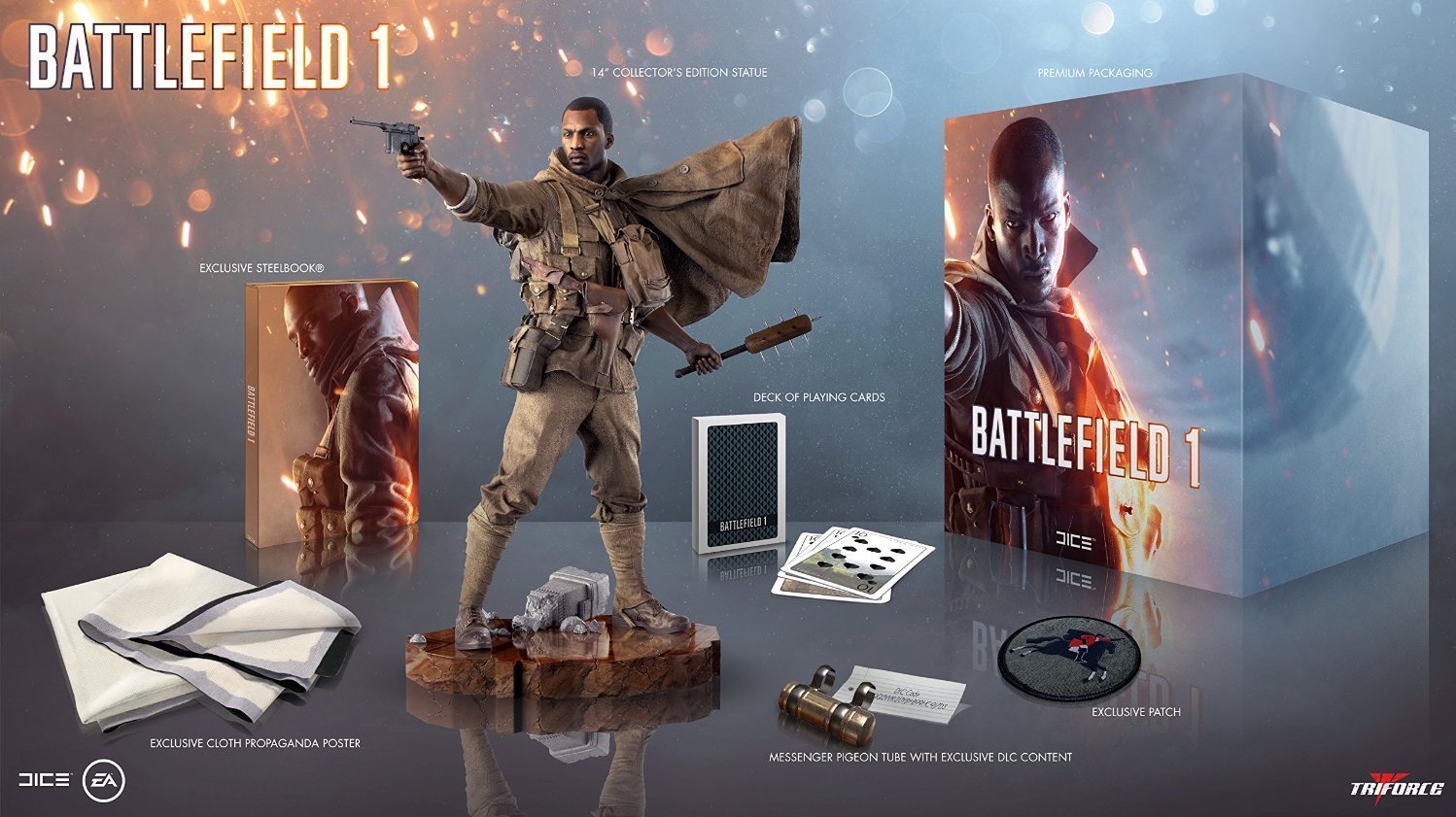 This distinction is made very clear in the product's descriptive name: 'Battlefield 1 Exclusive Collector's Edition - Does Not Include Game'.

Here's a list of what this $129.99 Collector's Edition does actually include:

It's unclear what the 'DLC content' is, although as an exclusive it's likely to be entirely cosmetic.

Battlefield 1 released on October 18, for PC, PS4 and Xbox One.