SMGs in Call of Duty Warzone exist for one thing: pumping as many bullets out as fast as possible.

The best Warzone SMGs maximize their high rate of fire with good range, speed, and power, though they’re still a picky bunch to work with. You’ll need to find the right attachments to get the most out of your SMGs, and lucky for you, our best Warzone SMG list does all the work.

Bullfrog reigns as the best Warzone SMG if only because it’s so versatile. Bullfrog’s high damage count and hefty magazine help clear out surrounding enemies before needing to reload, and it has a built-in sight tool at the back. That frees an extra slot in your loadout to customize its magazine and accuracy even further.

How to unlock Bullfrog in Warzone

Bullfrog unlocks automatically once you reach level 43, so you won’t be using it for a while.

Our Bullfrog setup expands its already impressive magazine so you don’t have to worry about reloading anytime soon and can take on multiple hostiles at once.

The OTs 9 is built for close-range domination, though you can make it deadly at mid-range too. Its biggest selling points are low recoil and incredibly high rate of fire. Those factors combined mean it takes down enemies more efficiently than other SMGs thanks to higher accuracy. The OTs 9’s low base ammo count holds it back from being a complete monster, but adding an extra magazine helps ameliorate the problem. If you need long-range support, pair this with a sniper rifle.

How to unlock OTs 9 in Warzone

You’ll need two rapid kills in 15 different matches using an SMG. During Season 4, you can also purchase the Inside Job bundle from the in-game store to acquire the OTs 9 blueprint.

Our OTs 9 build increases the weapon’s bullet velocity and damage range, making it even deadlier than usual. 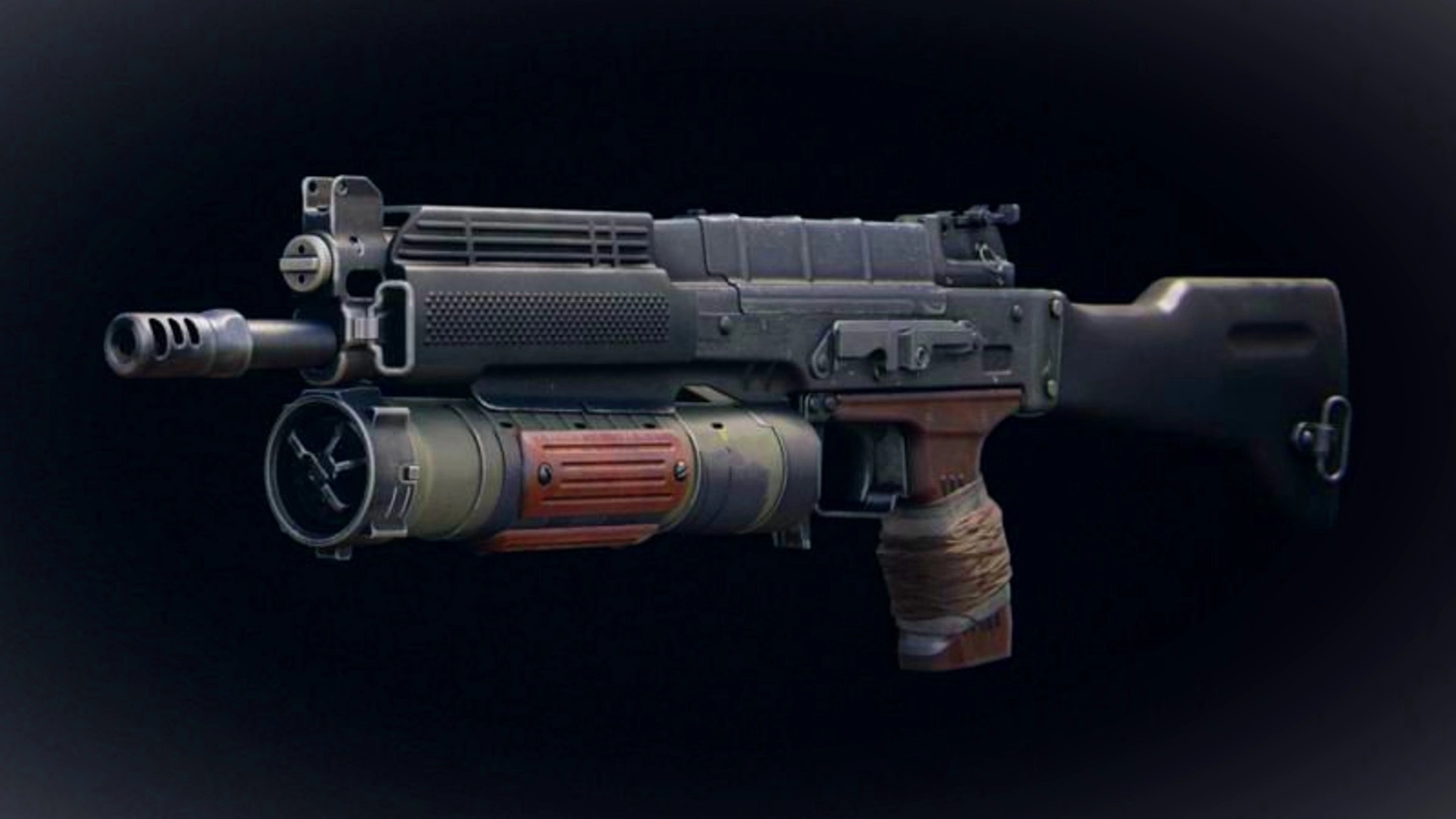 The Cold War MP5 gets a handy buff compared to its Modern Warfare forebear, with higher damage and faster ADS speeds. Buffing it with an expanded magazine and a good barrel is essential, since the MP5 has a distressingly low base ammo count and is designed for close range. However, it makes up for those shortcomings with impressive recoil control.

How to unlock Cold War MP5 in Warzone

This is one of the first SMGs you’ll obtain in Warzone, since it unlocks at level 4. This makes it a great weapon for beginners, since it’s a powerful and competitive choice you can level up quickly.

Our MP5 build modifies its weaknesses and makes it a powerful tool at close range.

Unlike other SMGs on our list, the PPSh-41 excels at longer range combat, though you’ll need to compensate for high recoil to make it work. The right barrel increases the PPSh’s already high bullet velocity, and while we recommend playing PPSh at mid-range, you can drastically improve its ADS speed and close-range accuracy by opting for grips over other attachments.

How to unlock PPSh-41 in Warzone

With the Warzone Season 3 Battle Pass having expired, you’ll need to complete a Season 4 challenge to unlock PPSh-41 in Warzone. It requires you to get three kills immediately after sprinting in 15 different matches.

Our setup improves the SMG’s shaky recoil and boosts its firepower.

Raven transformed the Milano into one of Warzone’s most powerful SMGs in recent updates. The gun’s increased damage output makes it more like an assault rifle than an SMG, and it excels in close-range combat. The right loadout can even turn it into a strong mid- and long-range weapon. Depending on your style, that might be the route you want to go as well. Milano suffers from slower rate of fire and slightly slower reload times than most SMGs, so dealing with a crowded area could be tricky.

How to unlock Milano in Warzone

Milano unlocks once you reach level 13, so you’ll get this one pretty quickly.

Our Milano build capitalizes on its bullet velocity and enhances range even further. The expanded magazine means you won’t have to worry about reloading as often either.