Your journey through Valheim is nearly at an end and you're ready to take on the game's final boss: Yagluth.

This absolutely cursed-looking final boss may just be the top half of a skeleton, but he's terrifyingly huge. He moves like something out of Little Nightmares and aims some apocalyptically frightening attacks your way.

By this point you’ve fought Eikthyr, a giant electric stag, The Elder, a furiously grieving tree, Bonemass, an animated clump of graveyard goo, and Moder, a mother dragon who wasn’t so much angry as disappointed in you. Now meet Yagluth.

All in all, he provides a fitting final encounter for your trip through Viking purgatory.

How to summon Yagluth in Valheim

While most other bosses in the game had you travelling between areas, Yagluth is very much based in the Plains.

His altar can be found at the centre of a circle of stones that look eerily like giant skeletal fingers reaching out of the ground. To summon him, you need to place five Fuling totems into the palm of that creepy hand. 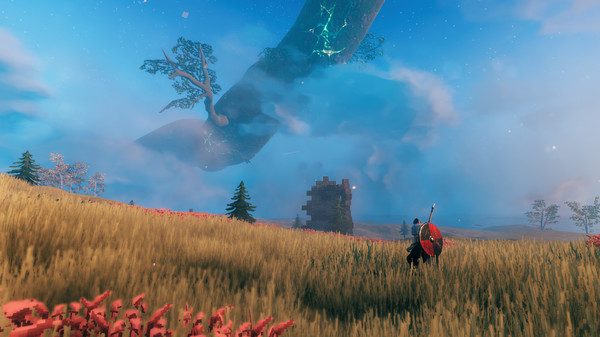 Fuling totems are dropped by defeated Fuling Shamans, an uncommon subclass of the goblin-like Fuling creatures found on the Plains. However, when you do manage to locate and down a Fuling Shaman, they are guaranteed to drop a totem.

How to defeat Yagluth in Valheim

Yagluth is slow and lumbering in his movements. Despite adding to his whole creepy vibe, this is actually good news, because when he does get around to attacking he's very powerful indeed.

All Valheim bosses have three attacks they can hit you with in any order they like. Yagluth's are all themed around natural elements, particularly earth and fire.

Two of his attacks are telegraphed quite obviously by his raised fist. If his fist glows blue, he's gearing up to an area-of-effect attack that creates a small explosion when his fist hits the ground, damaging anyone within radius. If it glows orange, he's going to summon a shower of meteors that deal both blunt-force and fire damage if you're hit. Take cover beneath the finger stones to avoid these falling projectiles.

His final attack, fire breath, is heralded by him rearing back his head. The flame only deals damage in a straight line, but Yagluth will slowly turn his head for the duration of the attack. This looks unearthly scary, but does have the advantage that you can quite easily strafe out of its way. 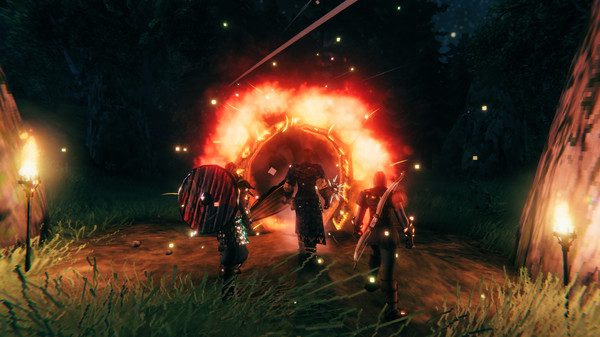 Since Yagluth is the final boss, bringing all your best gear along for the fight is a no-brainer. The wolf armour and black metal weaponry you were able to craft after defeating Bonemass and Moder, respectively are both excellent choices.

Most of Yagluth's attacks have a limited range, so consider making the bow-and-arrow your primary weapon to whittle down his health bar. However, his slow movements mean that you can dance in and get a few good melee hits on his back as well, if you're quick.

This is especially possible if you're playing in co-op, as his fire breath attack targets one player at a time, leaving the others free to bash away at the end that isn't spitting flame.

What to do after you've beaten Yagluth

Defeating Yagluth causes him to drop his boss trophy. Equipping this at the Sacrificial Stones grants you reduced damage from elemental threats including fire, frost, and even poison.

Yagluth also drops what's currently known in-game as Yagluth's placeholder item. Bear in mind that Valheim is still in Early Access; whatever this is has yet to be implemented. You can collect... whatever it is... but it can't be used for anything just yet.

We know that beating Yagluth doesn't end the game, but it's not clear what you'll eventually move on to after winning this fight in the finished version. Your final goal is to make it to Valhalla, but whether the item Yagluth drops is an all-expenses-paid ticket or not remains to be seen. 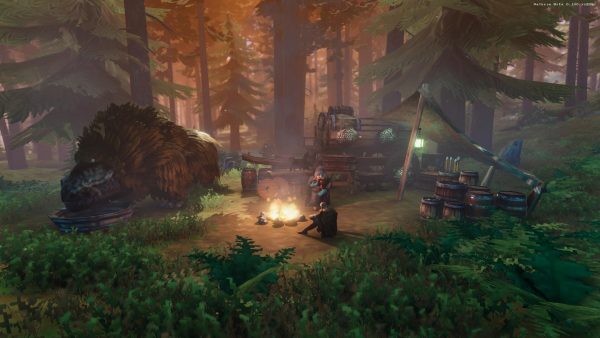 In the meantime, why not go back to basics and focus on your agricultural capabilities with our guide to crafting the cultivator in Valheim.

Or find out how to explore more of this vast, Norse mythology-inspired world in a longship of your own making.