Don't like Bethesda's proprietary launcher? You can now play The Elder Scrolls: Legends on Steam. 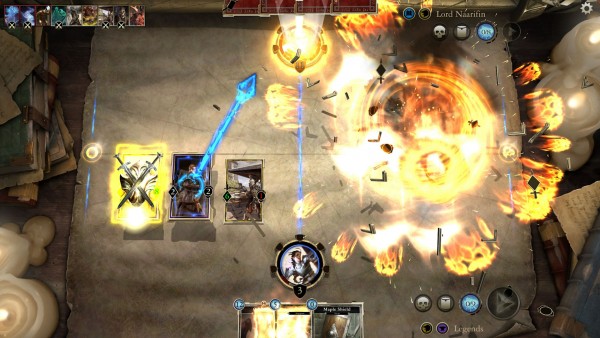 Bethesda has finally released its well-received CCG, The Elder Scrolls: Legends, on Steam alongside a big update. Previously available only through Bethesda's own client, the free-to-play game is now accessible by anyone with a Steam account on PC, and Mac.

The update adds a new spectator mode, and the Gauntlet tournament mode. Gauntlet is a recurring mode where players get to compete for top spots on a dedicated, worldwide leaderboard, and get rewarded card packs, gold, and other in-game items.

As for the spectator mode, it currently only allows you to watch games currently being played by your friends, with plans to expand the feature in the future.

Legends was also released on Android tablets on the same day. It supports a universal log-in you can use on any device, keeping your progress across the different platforms. You're also able to switch platforms mid-match to continue on a different one.