Cal already has his signature look on lock, but that doesn’t mean your chums can’t travel in style too. Here’s where to find each and every Mantis Paint Job and BD-1 Skin in Star Wars Jedi: Fallen Order.

Some of BD’s colourways reference planets in the wider Star Wars universe like Yavin-4 and Stygeon Prime. While others are based on creatures and materials from the same lore.

Whereas the Mantis Paint Jobs are more often referencing celestial terminology, or specific characters like the Millenium Falcon-esque Smuggler Paint Job and the distinctive green, red, and yellow of Boba Fett on the Bounty Hunter Paint Job.

All of these items are found in chests around the game's main planets. We've listed them in the rough order we acquired them in, which lines up with when you've unlocked the right powers to reach them in-game.

If you're looking for how to upgrade BD-1's powers, like with the Scomp Link, we have a full page on it here. Or if you want to give the interior of the Mantis a bit of colour, here's where to find all of Greez's Terrarium seeds.

For the rest of the customization items, here's where to find all of Cal Kestis' Ponchos and Outfit materials.

Force Pull and throw a candle through the mouth of the statue to burn away the vines.

In the Tomb of Eilram, there's a platform that raises behind the pictured ball socket - the chest with the skin inside is found at the highest point of the platform. You will need to move the ball out of the socket, get on the platform, and wait for it to roll back into the socket to get up there. 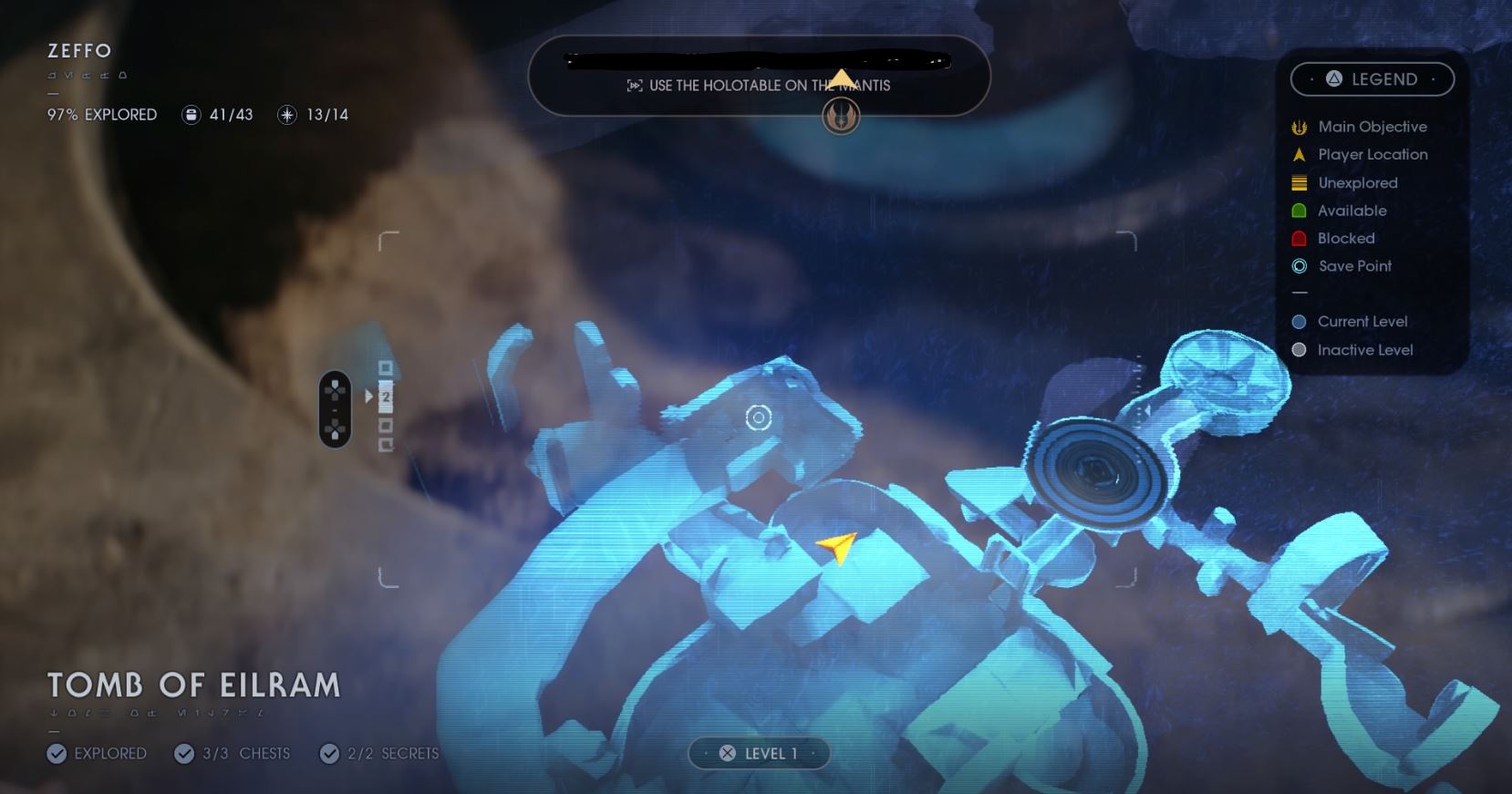 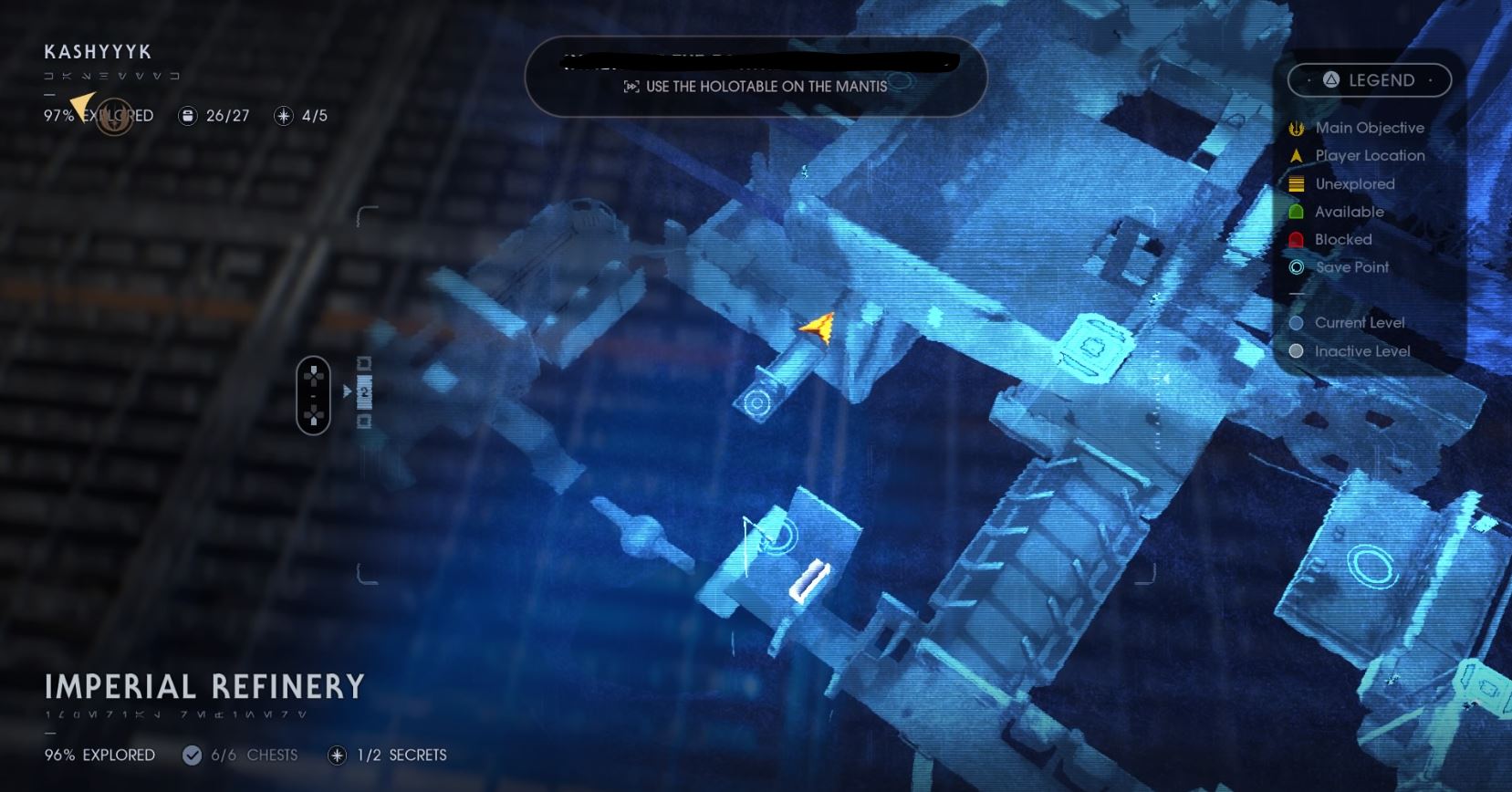 This chest is visible behind some vines. When you later acquire Force Pull, go to the bridge overlooking this chest and throw down a candle to burn away the vines.

If you're trying to complete your chests, here's where to find all of the lightsaber parts and materials in Star Wars Jedi: Fallen Order.

Or if you need secrets, here's where to find every Life and Force upgrade, as well as a page on how to max out your stim packs.