Super Smash Bros. Ultimate is an amazing game, but Square Enix's showing in the game leaves much to be desired.

Nintendo's mantra for Super Smash Bros. Ultimate is that 'Everyone is Here'. Every Smash fighter from the past is present, plus some exciting newcomers. But it all goes deeper still than that; the new Spirits system in the game allows characters to be represented without actually being playable in the game. This means you can technically encounter Revolver Ocelot, Knuckles or Chun-Li in Smash. And it extends to series' not featured on the game's main roster, so characters from indie games like Shantae and Shovel Knight also get a neat bit of Smash representation.

The spirits system is a really clever idea to expand the scope of Smash, and as a result it feels like much more of the gaming world is part of the game. No longer is Metal Gear Solid's Snake merely transported into the world of Nintendo's cutesy mascots - it now feels like his entire world has been lifted into this epic cross-over. There's one weird exception, mind: Cloud, Final Fantasy, and Square Enix. 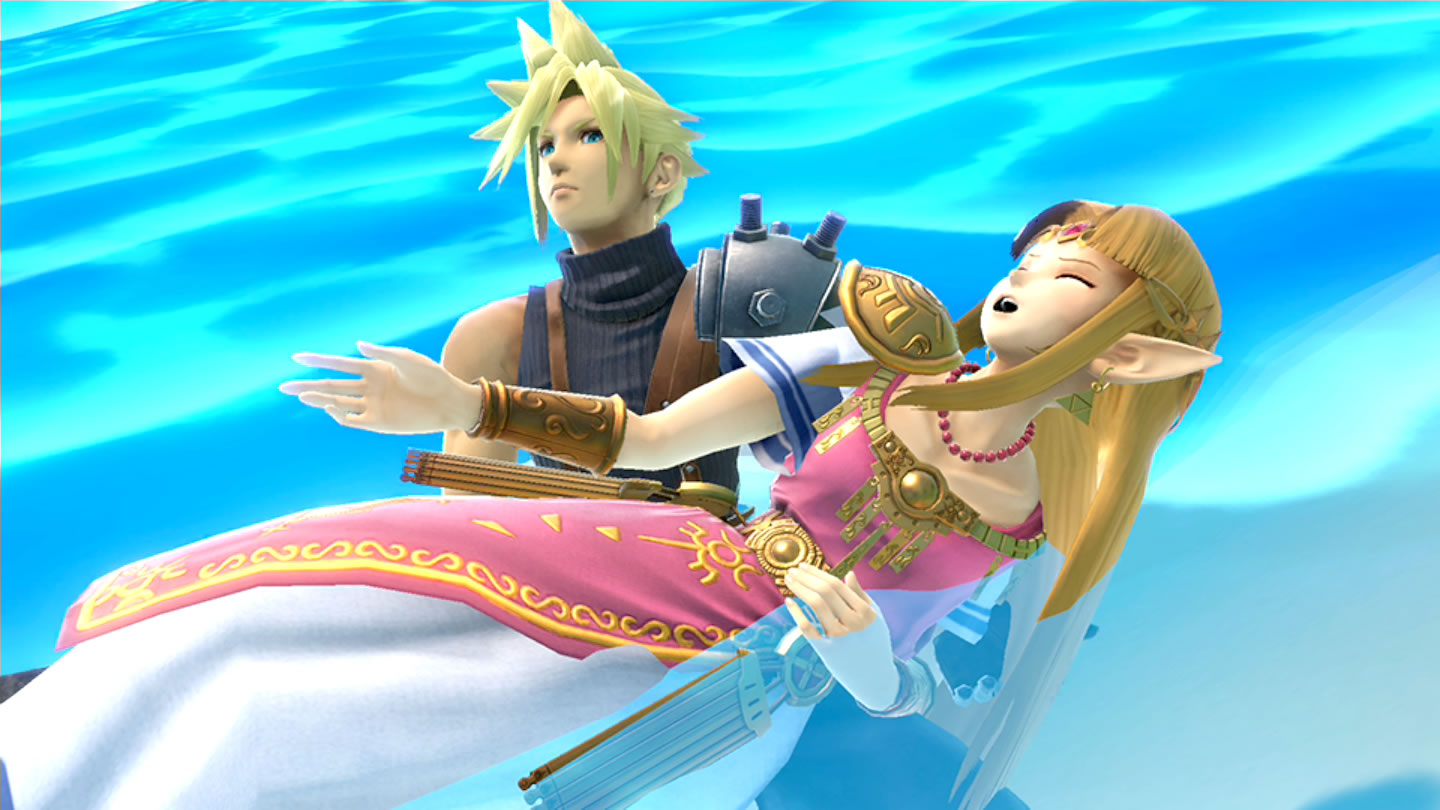 I don't know what went down behind-the-scenes, but for some reason Square Enix is the only company on the Smash Roster not to be properly and fully represented in Smash. And this is despite them having a fan-favourite playable character on the roster, Cloud.

I'm mainly writing about this because it feels really strange. As mentioned earlier, series' like Sonic, Metal Gear, Castlevania, Mega Man and Street Fighter are extensively represented not just by their playable characters and stages but also in spirits mode and also on the game's soundtrack. Final Fantasy is a bizarre outlier: yes, there is Cloud, there is Midgar - but that's pretty much it.

Castlevania, Mega Man, Metal Gear and the other third party series' all represent on the soundtrack front with anywhere between ten and thirty music tracks, a mixture of all-new remixes and original tracks ripped from source games. This leads to awesome stuff, like Streets of Rage composer Yozo Koshiro arranging Guile's theme from Street Fighter. Final Fantasy, again, is left in a bizarre lurch. A series with a rich enough musical history to sell out the Royal Albert Hall features two music tracks - neither remixes. It's just bizarre.

To be absolutely clear, there are no spirits, either. As far as I've been able to tell with a good forty hours with the game while preparing our Smash Ultimate review, the only Square Enix specific spirits in the game are both for Cloud - one each for his FF7 and Advent Children costumes. Even if the desire was to limit the representation to FF7, there's no Barret or Tifa spirit or the like. 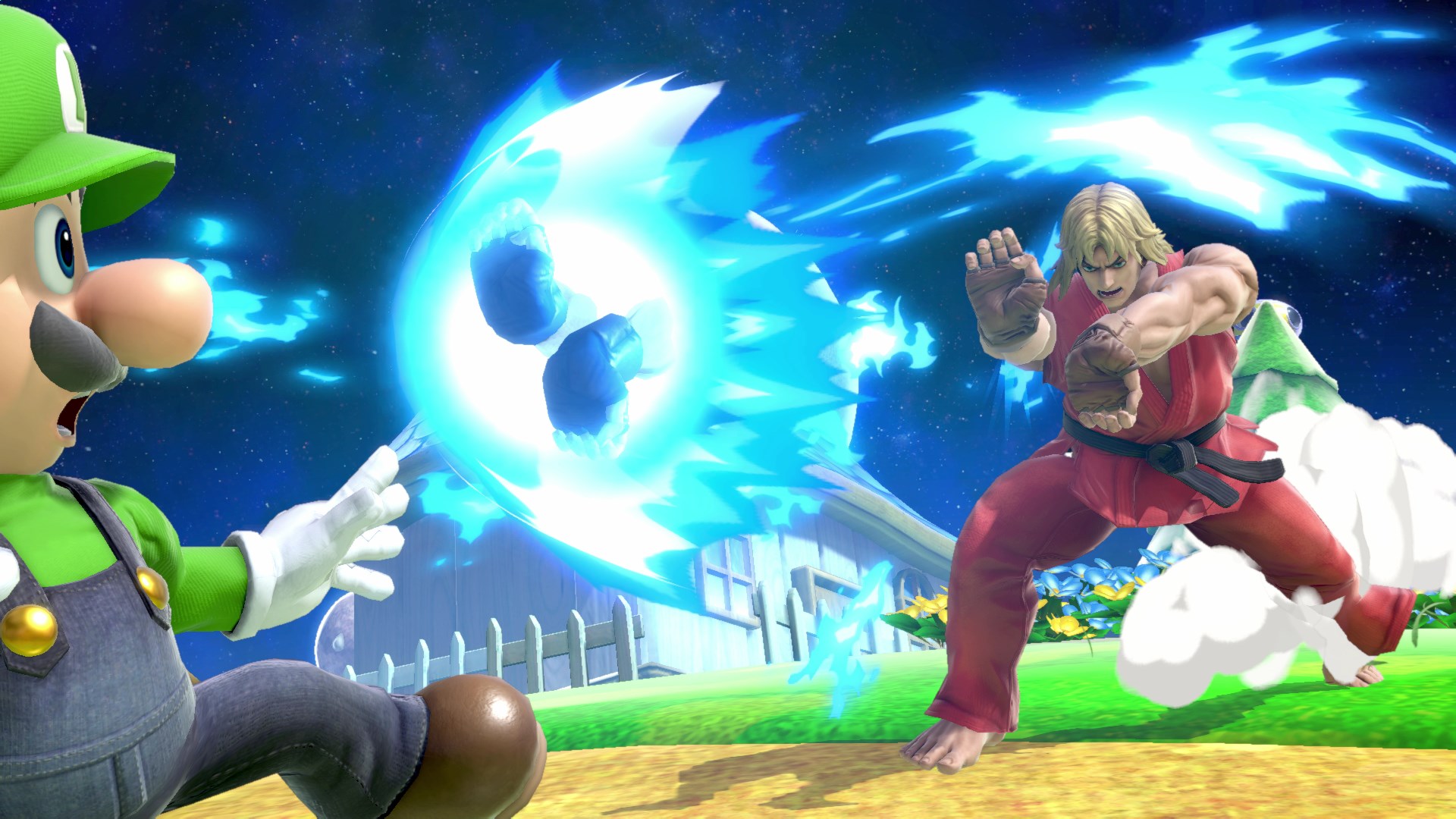 I haven't seen the Chocobo Mii Fighter costume that appeared in Smash 4, either, so I assume it too is gone. While other series' have assist trophies (Metal Gear's Gray Fox, Pac-Man's Ghosts, Virtua Fighter's Akira, Castlevania's Alucard, etc), FF also misses out here. The plot thickens - it's not just about music rights.

Obviously there's some nasty rights snarl-up and disagreement going on somewhere, but needless to say, this sucks. I'm obviously very pleased Cloud is in the game - he's iconic, and a great fit for Smash - but Square Enix in general has a rich history on Nintendo platforms, and Final Fantasy specifically has a huge roster of Nintendo-based heroes and villains that could've made great spirits. It's perfectly understandable why the PlayStation-focused Cloud ended up in Smash over somebody from FF1-6 - he is FF's most iconic character and at least now his game is finally making its way to Nintendo - but the bizarre lack of any further FF or Square Enix representation feels like a huge missed opportunity. That's without touching on other super-cool stuff in places like the story mode, where Smash lovingly recreates a Street Fighter 2 arcade ladder where you fight your way to M. Bison. FF gets no such love.

More than anything, in what is now undoubtedly gaming's ultimate cross-over, it feels like the representation of Square Enix and more specifically Final Fantasy has let the side down. By Cloud being a fighter, certain expectations are raised thanks to the level of participation of other companies - and those expectations aren't met. Even publishers who don't have a character show up - indies give over their characters to be used as spirits, while Ubisoft mascot Rayman of course also puts in a spirit appearance.

Here's hoping that with DLC and updates this problem can be remedied - especially if persistent rumors of a playable Dragon Quest fighter as DLC turn out to be true.