Final Fantasy's music is an enduring part of its legacy. Alex Donaldson speaks with Arnie Roth, conductor of Distant Worlds, a concert dedicated to the sounds of the series.

Distant Worlds: Music from Final Fantasy began in 2007 and now tours across the globe, playing near two hours of music at each show.

Grammy Award-winning Arnie Roth is the conductor and main producer of the concert series, and says he fell into conducting game music by coincidence.

Final Fantasy turns 25 on December 18th, with Distant Worlds performing a small series of special ‘Celebration’ concerts in London, Chicago and a handful of other cities between regular shows.

As Final Fantasy turns 25 years old many will consider its legacy – 100 million units sold and a veritable media empire of just about anything you can think of. One of its most impressive legacies is a more cultural one, though – the Distant Worlds: Music from Final Fantasy concert series, which returned to London’s Royal Albert Hall last month.

Since 2007 the series has toured the globe, playing to thousands of fans in a vast number of countries. The marriage of Nobuo Uematsu’s scores to Grammy Award-winning conductor and composer Arnie Roth has made the concerts a success – and one that is hugely symbolic.

“I think it's fantastic in a wider sense because the situation is rather grim for music education,” Roth explains in a telephone interview about Distant Worlds.

“We've got whole generations who are cutting these classes out of the public schools. These children aren't really being exposed to music in any significant form at school. It's one of the first things to be cut; these things are considered expendable. Certainly in the United States; I'm not as well versed in Europe, but I know there are budget problems everywhere.”

It’s true, too. While the British government has pledged to protect music education spending from cuts that are too savage, in April of this year worrying reports of cuts and privatization to state music tuition rumbled through the newspapers. The situation abroad is even worse, with little of the expensive, easily-cut state-funded music tuition in the age of the recession.

“The problem is that's devastating to all of us, believe it or not,” Roth explains. “We're not growing a new audience for symphony orchestras, for classical music - people aren't being exposed.

“There's no interest in cultivating that, and these decisions will affect us culturally for many generations to come.” 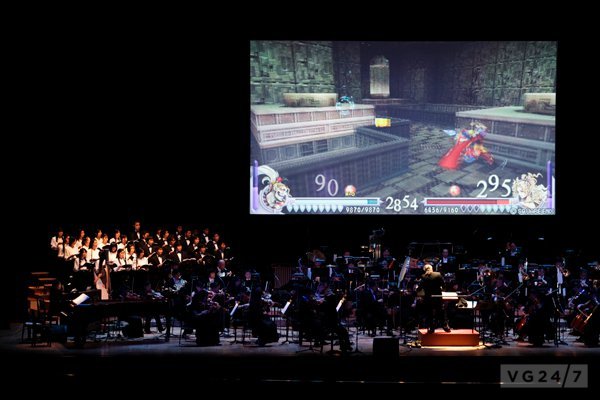 Help comes from the unlikeliest of places – and in this case, Roth believes video games have a vital role to play in introducing younger generations to music where schools continually fail.

“It's something that Final Fantasy and these concerts can help with,” he argues, his conviction quite apparent even over the phone. “In a lot of cases it is many fans' very first introduction to symphony orchestra concerts.

“So many fans have told me that it's their first time hearing an orchestra. We're delighted that we can fill this secondary function. We’re not only celebrating and playing these beloved scores but also seeing these fans recognizing an oboe solo or appreciating how a sweeping section of violins plays together. They're able to see what these sounds are, how they're produced.”

In a sense Final Fantasy is responsible for the entire video game concert craze that has swept through the industry. Square Enix held a concert, “Dear Friends,” during E3 2004, and Roth was involved. The show was dominated by a media presence, and while fans attended, it was a small show.

“A lot of producers looked at that one concert and said ‘Well, it's one thing for a concert of video game music to be presented during a video game convention, but...’ They didn't believe it could stand on its own two feet as a concert attraction,” Roth says.

But he had taken notice – and in February 2005, Roth performed the same concert for the public in his base of Chicago. It was a sell-out success. It marked the first time he’d work with Nobuo Uematsu and Square Enix directly, and the company asked him to take on a short tour of Final Fantasy-themed concerts that year.

A sporadic series of Square Enix concerts followed including several CD and DVD recording releases, all helmed by Roth. In 2007 he decided to license Final Fantasy’s music from Square Enix and produce a proper concert series.

Others taking notice of the success of ‘Dear Friends’ were likely Tommy Tallarico and Mass Effect Composer Jack Wall – as a year after that first concert, at E3 2005, the pair debuted Video Games Live. Their show performs pieces from Mario, Zelda, Warcraft, Metal Gear, Mass Effect and, of course, Final Fantasy amongst others. Surprise, surprise – Roth was even involved there.

“I helped them with getting scores and various other things,” he tells me – but went on to explain how Distant Worlds differs. “The difference between what they do and Distant Worlds is that Video Games Live is much more about the spectacle - the light show, the theatrics that are going on.” 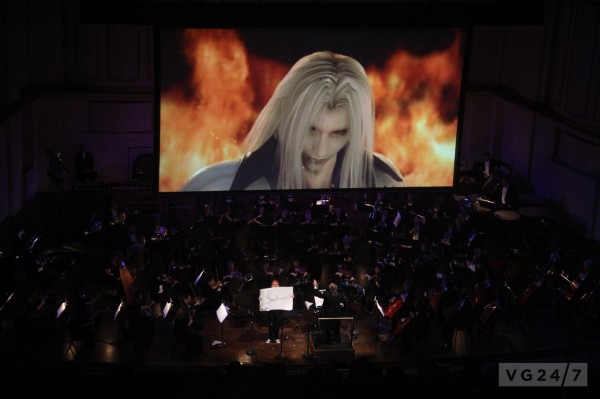 For reasons outlined above, the authenticity and size of a full orchestra is something Roth is keen to introduce to the video game audience.

“There's a place for all these things,” he admits, “But we try to be very, very much about the music. Almost exclusively about the music. Yes, we have the video content, but that's not the focus.”

“We will never do a concert that is fifteen or twenty musicians. We have to perform with a seventy piece orchestra. We have to have at least thirty or forty voices in the choir - sixty, preferably... plus other soloists. This is what this is about. This is a template that was started in Japan even before I was involved - We recognize, respect and embrace that heritage.

“So we're a little bit different from the other ones, but on the other hand there's a place for the style of things like the Zelda 25th performances or Video Games Live or Play and other things.”

From how Roth talks one gets the impression that he views it as his duty to keep the concerts as musically pure as possible.

“Nobuo didn’t just show up out the ether,” Roth argues. “It may seem that way to a lot of people, but in fact he built upon the foundations, the building blocks that we got from all these other composers, going way back to Beethoven and going right up to movie score composers who are working right now.”

At one point in our conversation, he suggests that he’d like to run a concert one day with no video screens showing game footage, allowing fans to truly concentrate on the on-stage performance rather than ogling fancy Square Enix CGI.

There’s a reason behind wanting to keep that musical purity, Roth passionately reveals – after countless video game scores including Final Fantasy, Lost Odyssey, Blue Dragon, parts of Chrono Trigger and a suite of others, Nobuo Uematsu’s legacy is assured – but Roth is concerned about the future.

“If you talk to somebody like Nobuo Uematsu, you'll know right away, and we all say this - we all stand on the shoulders of all the great composers and arrangers who came before us,” Roth enthuses.

Other video game composers, such as Nintendo’s Koji Kondo, Elder Scrolls tunesmith Jeremy Soule or fellow Final Fantasy maestros Hitoshi Sakimoto and Masashi Hamauzu will also have their music endure - But who comes next? 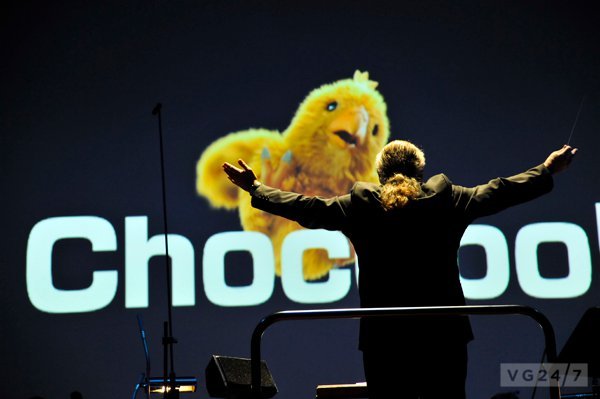 “Nobuo didn't just show up out the ether,” Roth argues. “It may seem that way to a lot of people, but in fact he built upon the foundations, the building blocks that we got from all these other composers, going way back to Beethoven and going right up to movie score composers who are working right now. Plus the impressionistic composers! Bach, Strauss, Debussy, whatever.

“All of these elements are incorporated in the music from Final Fantasy and in these concerts. It's absolutely an educational aspect and a great honour and pleasure to present it for all these audiences.”

While Roth is quick to admit a love for many video game scores – he cites Warcraft and Halo, both of which he worked on with Play: A Video Game Symphony as well as a particular love for Square Enix’s Chrono Cross & Chrono Trigger – he tells us he believes that Final Fantasy holds something special that helps it to spread the word of the power of music and the cry for better music education.

“Here's what distinguishes the music of Final Fantasy from other video games,” he says – and, again, the excitement and conviction in his voice is palpable.

“The craftsmanship and skill these scores have been put together with in many cases elevate them to way beyond what many of the other video game scores were, at least in their original forms.

“Some of them have been arranged now for concert, but the reality is – I mean, just look at the vast library of Final Fantasy music – so much music, and it’s all so well crafted from such an early moment.