Sea of Thieves goes offline from 9am GMT today to fix problems with missing items and to release a new game client.

The game has been plagued with performance issues since launch last week, resulting in hours of downtime for Rare's online pirate romp.

Today's big patch will fix a number of problems, the most important of which are missing rewards for players. That includes the Black Dog Pack gear, so if you've redeemed your code for that you should see those items once the game comes back online.

However, Achievements have been disabled and will continue to be delayed until at least the end of the week.

"We have had to temporarily disable achievements being awarded to allow our services to cope with the scale of the messages flowing through them, and this has lasted longer than anticipated," said Rare.

"We are storing all awarded achievements, and are working to deliver these for all affected players. There is some groundwork in the patch arriving [today] that enables us to then deliver the delayed achievements via a service-side change, but ETA on this is a little loose whilst we work on the plan. We are hoping to enable this by the end of the week, and will share more information soon." 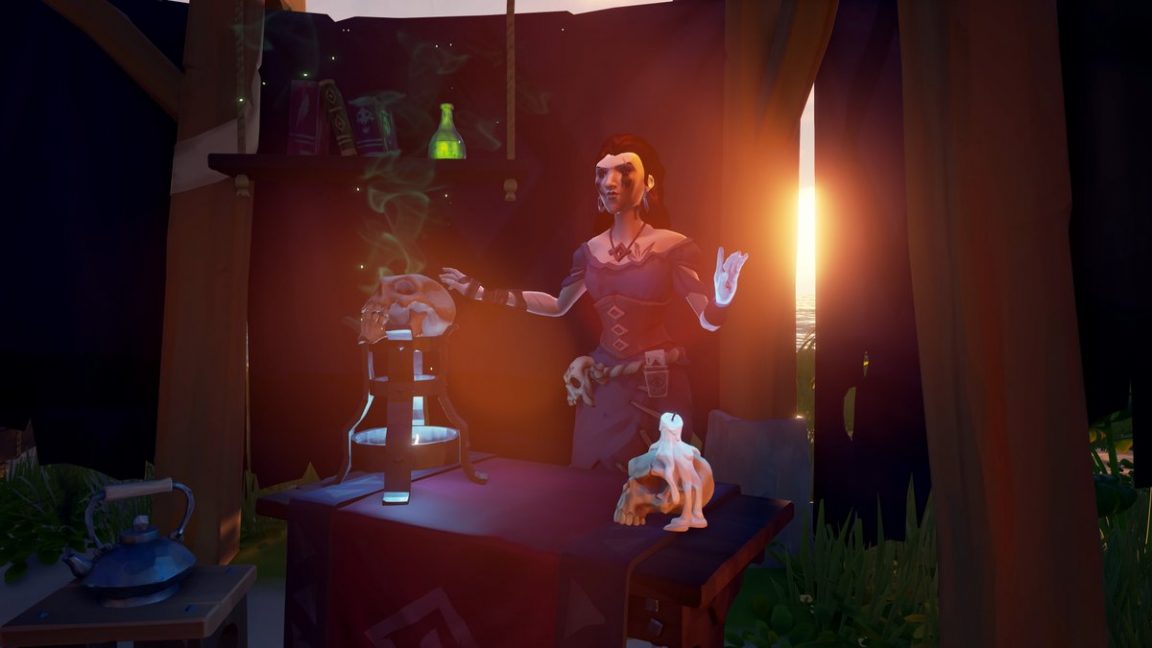 Rare has also cancelled plans to charge players a Death Tax upon dying and is working on instances of player griefing. It said "performance issues" on Xbox One X will also be addressed today, along with a bug that affects character scars and hair colour.

If you're just getting started in Sea of Thieves, we've got advice on how to work for all three factions; the Gold Hoarders, the Merchant Alliance and the Order of Souls.