Red Dead Redemption is now available as a fully-fledged, enhanced backwards compatible title on the Xbox One - and it's a pretty big upgrade.

Microsoft just pushed the official 'enhanced' backwards compatible version of the game. When running on Xbox One X it looks absolutely ludicrous, outputting at a native 4K with a pretty steady frame rate and far crisper visuals.

The clarity does do something to expose the now-aging texture work on offer in Red Dead Redemption, but as with the likes of Crackdown before it the enhanced visual options ensure that the overall result is an incredible-looking game.

Here's a screenshot I took from the game's opening minutes just a few moments ago - the first of a few you can shove into your eyeballs on this very page. All the screens I've taken are running in 4K on an Xbox One X. 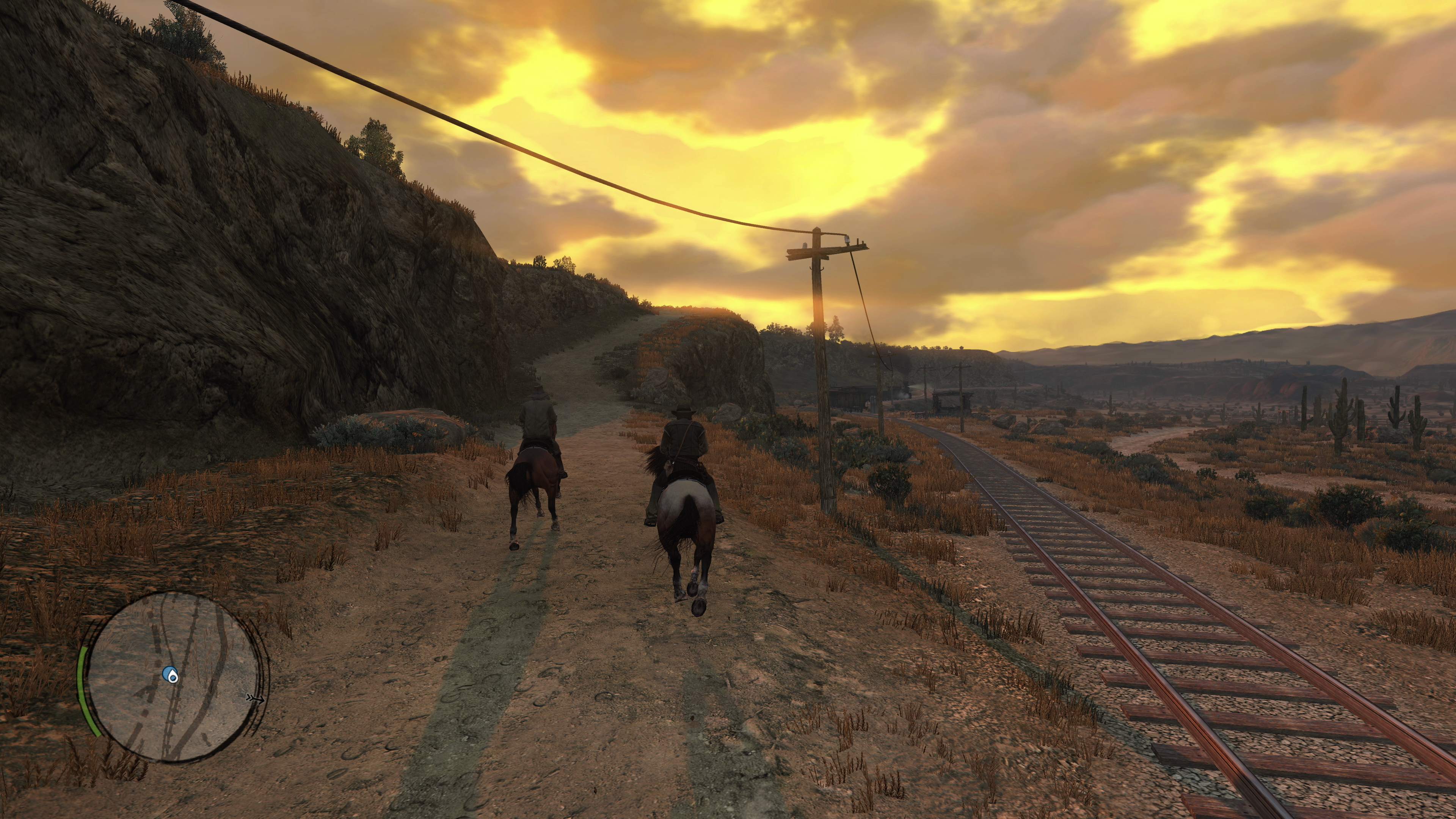 As you can see, the difference is pretty profound. It has an interesting effect on the game in general - the clarity does a lot for its atmosphere, though as you'd expect some of the less realistic aspects of the world and geometry are good amount more exposed at 4K - like how previously-great special effects in classic movies can look a bit iffy at high resolutions.

In other ways the resolution bump is transformative, however, turning details in the background of scenes that were barely discernible before into something that can be properly observed and appreciated. The following YouTube video does a pretty good job of demonstrating that.

As was the case with some of the previous enhanced backwards compatibility releases on Xbox One, this actually is so impressive and so improved that it's something of a wonder that the publisher hasn't chosen to just charge full price for it - Rockstar did just put out a mildly enhanced version of LA Noire, for instance.

That makes this a bit of a bargain, then. You can whack your existing Red Dead Redemption disc into your Xbox One and have it work just fine if it's laying around, or you can pick up a digital version of the game for $30. Both work just the game.

It's been a bit of a momentous day for Xbox One and classic games, with Microsoft also revealing 19 more original Xbox games that'll soon be backward compatible with Xbox One. There's no sign of the original Red Dead Revolver on that list, sadly, but there are some classics like Jade Empire, Conker: Live and Reloaded, Panzer Dragoon Orta, Blinx the Cat and the first two Star Wars Battlefront games.

Enjoy a few more screenshots of ours below, anyway - and if you want to play the game in this enhanced state, it's available now - a mercy, considering Red Dead Redemption sadly lacks a high-end PC version. The game still holds up brilliantly, and playing it through again is honestly the best possible preparation one can have for Red Dead Redemption 2 later this year.