The biggest update to Red Dead Online this year will be available on PC from launch, with players able to take on the Frontier Pursuits of a Bounty Hunter, Trader, or Collector straight away. You don't just automatically log in as one of these jobs or pick them during character creation though, and there are ways to begin without any investment. Here's how to get started!

Red Dead Online - How to get a Bounty Hunter License

The most action-oriented job is Bounty Hunting, and is one that we're sure is going to interest a lot of people. Bounty Hunters collect contracts for the state's most wanted criminals, and bring them to frontier justice by any means necessary; dead or alive. 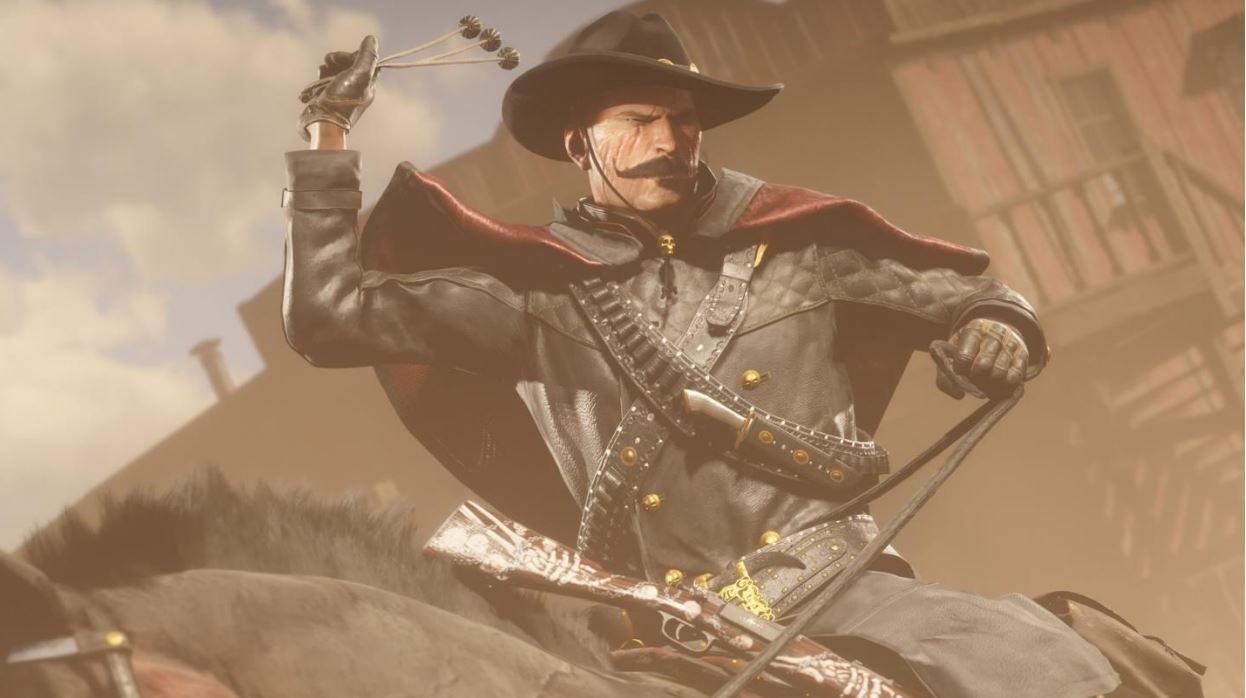 However, the marshal can't just have lawless wannabes riding around killing any old folk. To become a Bounty Hunter in Red Dead Online you need a Bounty Hunting Licence. To get one, you need to visit and speak to the "Legendary Bounty Hunter" in the town of Rhodes, over on the southeastern end of the map.

If you have Twitch Prime, you can get it for free if you linked your Rockstar account to your Twitch account - otherwise you have to pay. It seems the deadline for linking was last Sunday (8th September), so don't worry too much if you missed out.

Once you've obtained your license it's time to start you life as a Bounty Hunter. Contracts are pinned as posters outside Sheriff Offices, Post Offices, and Train Stations all around the state, so keep an eye out on your travels. If you're struggling to know where to go, bring up your map and use the Index to find the specific place you need.

Each Frontier Pursuit has its own progression tree that you can advance by completing missions, random events, and other role-themed activities. As a Bounty Hunter your main method of progression is the collection of bounties.

As you work your way up the tree, the bounty targets will get more difficult, and you'll eventually unlock the ability to chase down renegade players who've amassed a high enough bounty.

That's not all though, to reflect their status as the most badass posse around Bounter Hunters can spin their guns around rodeo style, and you'll also gain access to the following perks and items:

If the rough-tough life of a Bounty Hunter just isn't for you, there's a more sedate option to plump for - trading. 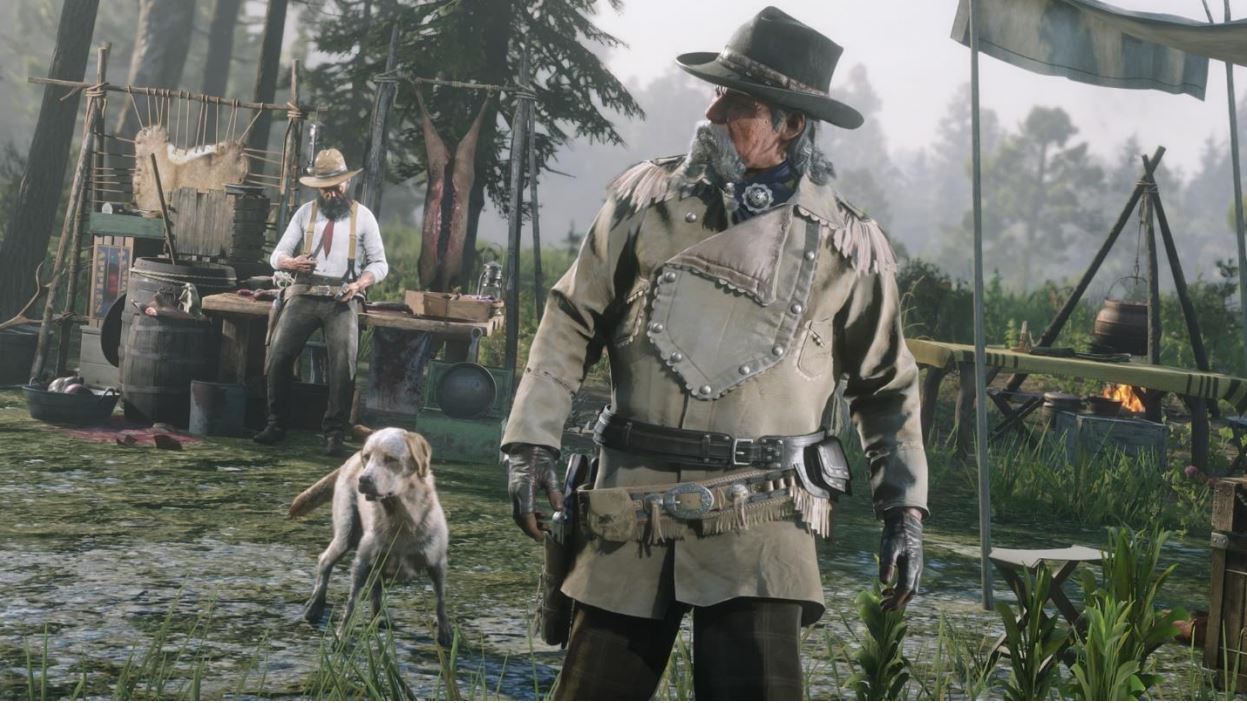 To become a trader you first need to find a business partner, and who better than your trusty camp-keeper Mr Cripps? He knows more than you'd think about butchering meat, selling pelts, and running a successful stall.

To claim a Butcher's Table and go into business you need to visit a Post Office - use the Index on the world map if you need to - and accept the invitation. This path is free for all PlayStation players, so you'll be able to start without putting your own stash of money into the venture.

Building up a stable business not only provides a steady income, but also new materials and camp upgrades as well.

Trader Rewards - How to upgrade your business

To improve your reputation as a Trader and improve your skills you need to upgrade your business by bringing Cripps different materials and supplies to use. These can be gathered from hunting or by other means, such as Resupply Missions.

Once you've produced goods for sale, you can then sell them locally for a quick buck or deliver them to more rural - and riskier - locations for more money.

As you sell more and more, you'll advance your progression and gain access to the following rewards:

If you're more of a magpie than a cowboy, then the Collector is the Frontier Pursuit for you. It's been billed by Rockstar as a good diversion that you can combine with a focus on one of the other two pursuits. 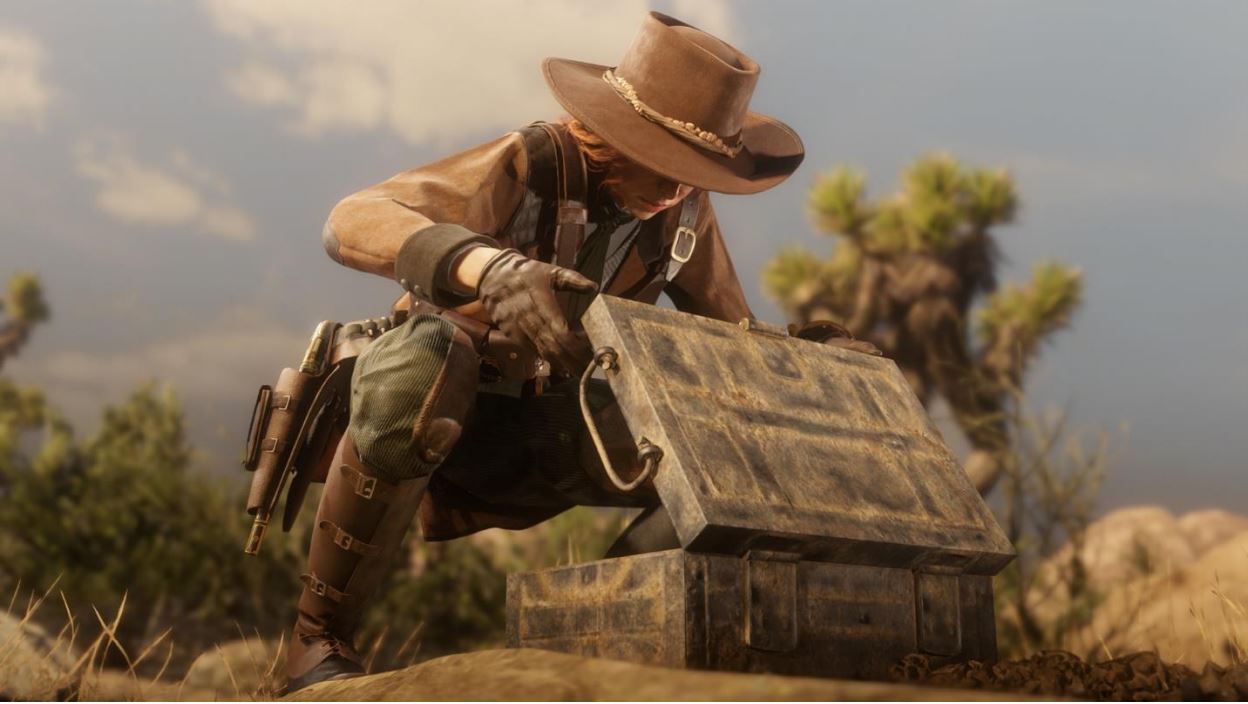 To begin collecting, you need to meet up with the enigmatic travelling saleswoman Madam Nazar, who sells you a Collector's Bag. If you've already shown your knack for collecting and found all 54 playing cards in Red Dead Online, then you can acquire the bag for free.

On day one, Madam Nazar was found to the west of Annesburg in the north of the map, next to O'Creagh's Run in Grizzlies East. However she's not always there.

Madam Nazar's location changes daily as soon as the challenges update. Next she was south of the railroad tracks south of Stillwater Creek and north of Manteca Falls. To the east of Armadillo, and south of Blackwater. 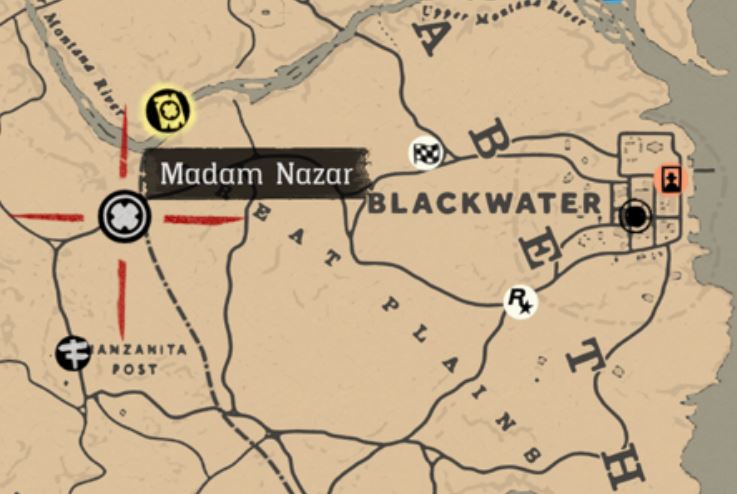 With your new bag to store your curios, you also receive a Collector's Map which will point you in the right direction. You'll get weekly lists of new items to find, which you'll have to uncover from nooks, drawers, or underground with a special shovel and metal detector.

You can then sell what you find to Madam Nazar to rank up your skills.

Collector Rewards - How to get a Metal Detector

As you find more trash/treasure, you'll gain access to better tools to aid in your search, as well as different rewards:

This isn't everything that's dropping alongside this latest update! Seasoned adventurers can look forward to 9 new skill cards, new free roam events, as well as balancing and quality of life changes.

You can also now sign up to the Wheeler, Rawson & Co. Club Outlaw Pass for 35 Gold Bars, which unlocks 70 tiers of cosmetics, clothing and other goodies.