Blizzard continues to tease its new Overwatch hero, Efi, and the latest information out of both the official Twitter account and the PTR will hopefully reach a climax soon.

To put the new Overwatch teases in their proper place, we're going to tell the story from the beginning. We won't include the spider tank theory, as the game's producer Jeff Kaplan has said neither it nor Doomfist are the new hero. It's Efi, and by hero we mean she will create the new hero.

The story so far is below, and if you don't feel like reading, watch Arekkz's video above.

Efi Oladele is an 11-year-old robotics prodigy from Numbani, which just so happens to be the location of the Unity Celebration - and where the gauntlet of Doomfist is located.

Efi's goal in life is to “build something that can keep us safe, like the new OR15,” and plans to user her award grant money to create something special.

To celebrate winning the genius grant from the Adawe Foundation, she has decided to take a trip. Well, a funny thing happened when she arrived at the Numbani International Airport: a major confrontation occurred, resulting in OR15 defense robots being destroyed. 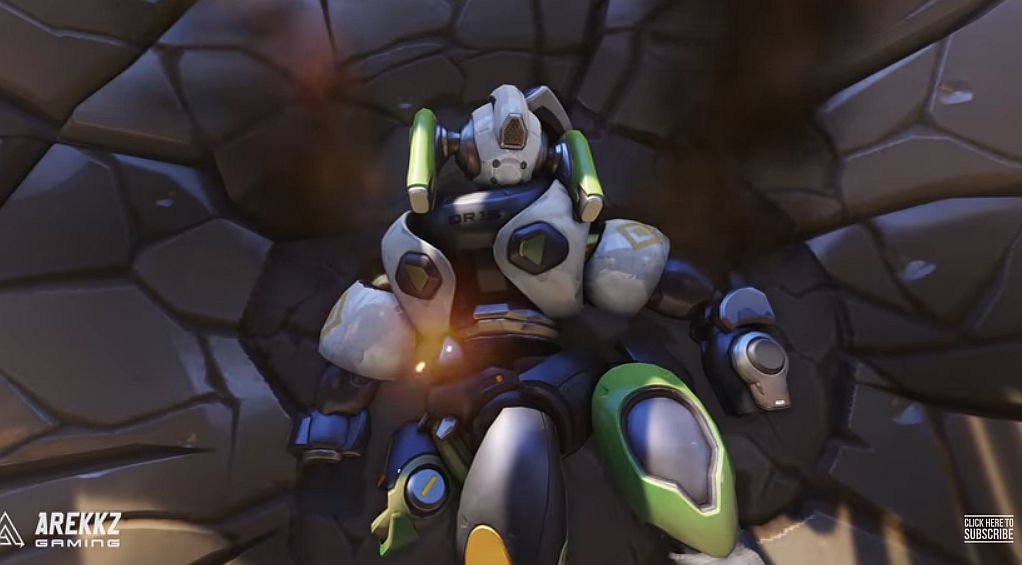 It had to have been something super strong to cause all of the destruction, because as you see in the screencap taken from the video, one robot was smashed into the wall. Like it has been "punched" or something. Hrmmmm.

Efi, who was at the airport waiting on a plane, took a picture of the aftermath and submitted it to the local news. 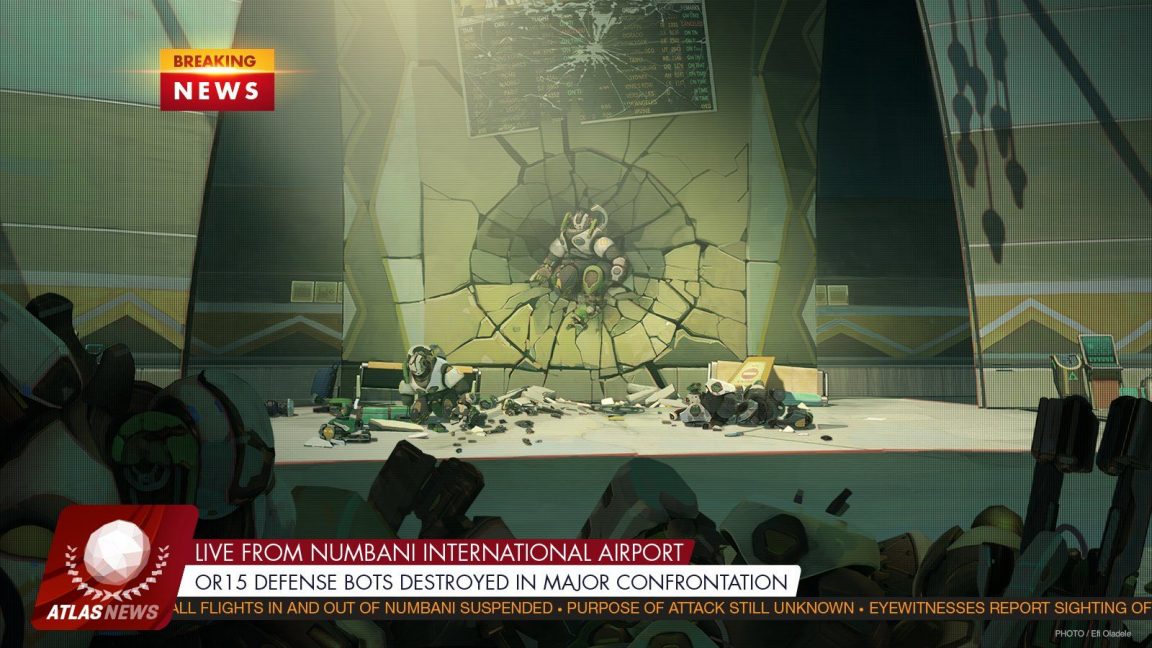 The image above, as you can see, reads: "OR15 defense units destroyed in confrontation with unidentified assailant at Numbani airport. No civilian casualties reported."

Now, here is where things get a bit interesting: not only has the destruction seen above has been added to the Overwatch PTR, Doomfist's gauntlet is now missing from the Numbani Payload where it was encased in the adjacent room. Even the hologram of the gauntlet has disappeared.

You can take a good look at the payload in which the gauntlet was encased below in the image taken by PCgamesN. The site has some rather nice images of the scene from the PTR over on Imgur. 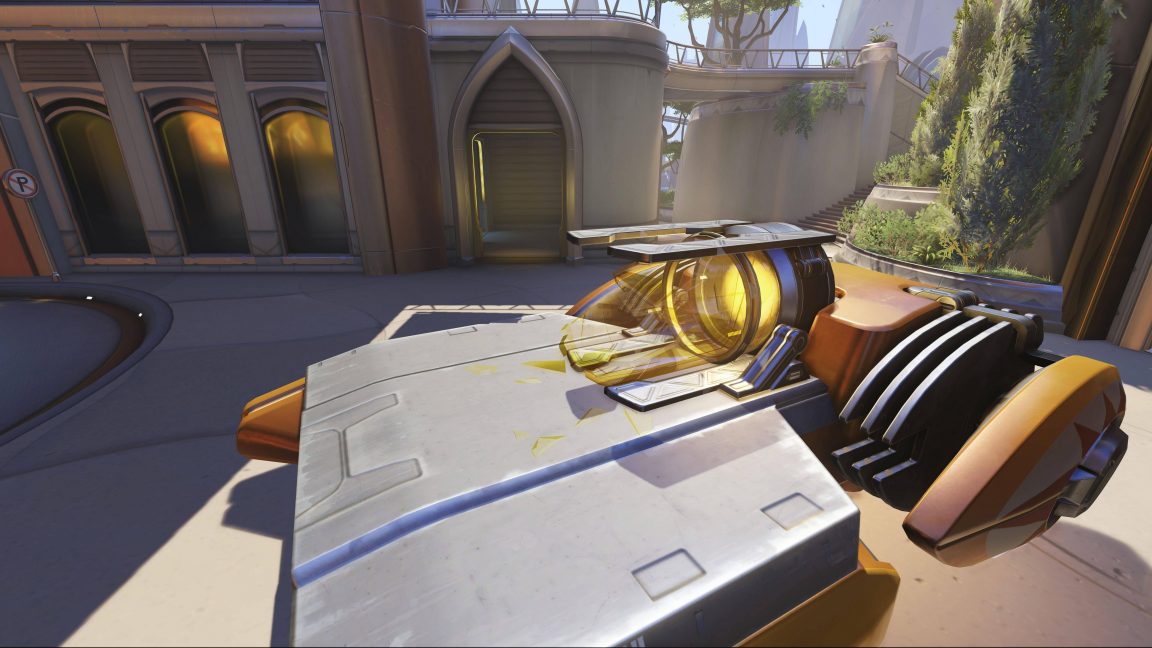 As you can see, the glass case has been shattered, which is inline with the wire mesh file added to the PTR earlier this month.

Something or someone seems to have used the gauntlet to cause all of the destruction at the airport. That, or the carnage was caused by those responsible for stealing the gauntlet. Either way, Doomfist's gauntlet is gone, the airport has taken a beating, and the culprits have gotten away.

And that's the story so far.

Going by previous Blizzard reveals, it's quite possible the new Overwatch hero will be revealed in full this coming week. We hope. Or, the studio could decide to make a full reveal at PAX East which takes place Mar 10-12 - if it wishes to use a venue for the announcement. You never know with Blizzard.

We'll just have to wait and see, but until then, expect plenty of teasing.